Happy New Year to everyone!

Erm internet ‘radio’ stations are not real radio stations and don’t use radio… it’s just a figure of speech which I think is misleading… and your query supports that. There is no concept of signal strength or ‘weak signals’ … those terms are for real radio… internet ‘radio’ are simply ondemand IP audio transfer sessions over the internet.
However if the internet server they are emanating from is busy or has a busy route over the internet between you and it, depending on what you are using to receive the transfer, you pay find an excessive pause through congestion or latency resets the network connection… which is regular behaviour… and in which case you will need to attempt a reconnection,

Probably the wifi to the streamer isn’t up to the job. Perhaps some site have higher bandwidths so the poor wifi has more of an effect. Try with a lan cable, even if just temporarily with a long, loose, lan cable across the floor.

I do wonder if the whole idea of wifi for hifi connectivity and, in particular, the concept of using a mobile phone (using wifi again) as a remote control has created a heck of a lot of additional support issues that NAIM, and a lot of other manufacturers, never considered.

There do seem to be a very high number of threads and posts devoted to issues of poor wifi: Whether it’s poor connectivity to the equipment or, more often, more connectivity to/from the phone/tablet being used for control.

The problem seems to be that the majority of users come from the assumption that wifi is brilliant and when it doesn’t work get flummoxed… ‘but the TV always shows how wifi is brilliant - heck they say I can use wifi in the back-and-beyond’. Selling wifi products I come from the opposite side - I know that wifi is inherently rubbish, so I’m always working on that assumption. So, for example, lan cables where ever possible (and, tbh, it’s ALWAYS possible to run a lan cable) and relegate wifi to things like from the settee (sat at the moment) to access point in cupboard 5ft to my left.

Which iRadio stations have you found to be unreliable? If these are from the new Hidef section they will be placing a higher demand (although not a huge one) on your network, which might possibly point to limitations on your home network.
There may be issues with the connection anywhere between the radio station server and your ISP, which is largely out of your control, although if you can narrow it down to any particular station, Naim can sometimes intervene and ask the station to sort out any issues.

Thanks for the replies.

I’m not having any issues with the new Hidef stations.

The stations that I notice having intermittent pauses are the “80s80s” group of stations in Germany.

I left 80s80’s running last night, which is a 192kbit MP3 stream. In the morning it was still playing + from reviewing the logs no dropouts.

As there are quite a few 8080’s stations is there one particular one that is problematic? I ask as they maybe hosted on different servers and there maybe one problematic server that is overloaded or similar. Also can you let us know what streamer you are using.

Many thanks for checking it out. Among the group of stations, I usually listen to 80s80s “Wave” (the one with black background with gray lettering).

Yes, I’ve been listening for the past 2-3 hours, and I have not experienced any pauses so far… Probably another case that the symptoms go away when the doctor is present? Hahaha

I have over a dozen stations in my presents. And even with just wifi connection, all have never paused except for this group of stations. Strange.

As Steve suggests, it could be the servers or CDN profile those stations were using were temporarily over loaded or had a fault… either those could cause the network connection to be closed and reset.
If it appears now ok, then good news… but may happen from time to time, especially with smaller web stations.

That interesting. I use wi if on my ND2 and leave a Classic FM overnight to run speakers and new amp in. MOst of the time its ok, but I use 4G internet into the house
And most of the time it works very well but occasionally it will drop out. However, just recently i cannot get the NDX2 to display the classic fm logo. Others like radio paradise display ok. I wasn’t aware about the hi def radio stations. I will have a search on the app. Is there anyway of just looking for hi def radio stations?

They’re listed under Hidef in the iRadio menu!

I’m using a ND5XS2, thus I do not have a built in display, and I just rely on the Naim app on my phone. The logo of Classic FM does show in the Naim app. The others are ok.

Sorry, I mean the logo of Classic FM does NOT show in the Naim app.

Is the Vtuner the same module from Muso to Atom?
Best Gus

vTuner is a web service, it’s not a module.

If anyone isn’t seeing HiDef in I radio in the Naim app and you have a new platform streamer, then you need to restart it.

Yeah, Maybe it never has. I am sure it used too. ~Everything else displays ok

Oh no, the various 80s80s stations are acting up again.

Oh no, the various 80s80s stations are acting up again.

Are there numbers stations on internet radio? 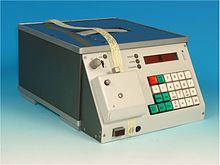 A numbers station is a shortwave radio station characterized by broadcasts of formatted numbers, which are believed to be addressed to intelligence officers operating in foreign countries. Most identified stations use speech synthesis to vocalize numbers, although digital modes such as phase-shift keying and frequency-shift keying, as well as Morse code transmissions, are not uncommon. Most stations have set time schedules, or schedule patterns; however, other stations appear to broadcast at r