I have a Uniti Star in the kitchen, on standby. My barber is at my house cutting my hair in the solarium, which is just off the kitchen. Suddenly (around 1340, 5th Oct 2022) the Uniti Star apparently turns itself on and starts blasting a radio station very loudly. I get up and go into the kitchen to see what is going on and the volume is going up and down quickly as I reach to hit the button and put it back on idle/standby. Barber says “that was weird”, I concur. No one else at home but us, the control for the Naim being an app on my iPod, which was turned off in another room. No neighbours for half a mile in any direction either.

After my barber is finished and leaves I hear military jets flying over head repeatedly (we are in their flight path). I check my iPad and where the Naim app button was is now a new button saying Focal/Naim on it. What caused this weird event? Anyone else?

Possibly your barber is an alien. His alien powers messed up the Star and maybe other systems. As a result of this, the military jets are searching for him with their specialist detectors. Of course, if you ask the military about this, they will deny it and say it was due to a glitch in the Naim/Focal app update.

I won’t call you the name that popped into my head when I read your reply, but I bet you could sit on an ice cream cone and tell us what flavour it was.

Are you sure it was radio? Spotify is known to “cause” this as by default it allows you to control devices you once connected to from wherever you are.

I’ve done this myself by inadvertently playing music at my parents house (while being at my own), and also adjusting the volume as I was wondering why I wasn’t hearing anything.

Don’t have spotify. It happened when device updated to Focal and Naim on its own. If you look at the Focal and Naim app thread, you will see it happened to someone else in the same way as well.

You don’t need to have it yourself. Someone else needs to have used it with your device for what I described to occur.

Anyway, just wanted to clarify this bit. I read and respect the rest of your post.

Here’s where I think the blame lies. Frying your sling isprone to frying a few other things as well

I won’t call you the name that popped into my head when I read your reply, but I bet you could sit on an ice cream cone and tell us what flavour it was.

That sounds like some party trick, probably reliant on the cone being the conventional way up

I don’t know. Life was much easier when we could just blame it on aliens, or a secret military project. Close Encounters would be much less fun these days with all these rational explanations. What’s next? Is someone going to say that the 3 hours of this afternoon that I cannot account for is because I nodded off 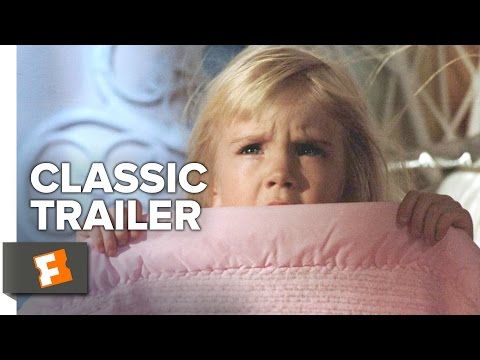 Today, the truth came out. My tenant’s 12 year old daughter was home alone, her mothers’ car not there. She asked “Alexa” to play a song and was given locations in which to play it. She chose “kitchen” and my Naim Uniti Star in my kitchen started playing. She barely heard anything so asked Alexa to crank up the volume, then heard it through the house walls coming from my kitchen so asked to turn it off (probably at the same time I hit the standby button), and my naim unit went into standby. It is beyond my understanding how someone without a naim app could get music from mine by asking Alexa, but the more highly educated 12 year old told me it was normal for the Alexa blue tooth to seek out other players, “kitchen” being the title of my naim device in my kitchen (and must be why the naim device upstairs in my “music room” did not turn on with the update of the app to Focal and Naim).

Does he use the same Barber?

Do you have Bluetooth active. I get some random Bluetooth connections on my powered speakers as they have a Bt connection that seems anyone can connect to😪 no one in house has ever connected to them yet we got random stuff from time to time.

My NDX2 is visible to most other devices in the house including the TV and my work laptop. Playing music from my work phone I can see it as an option for speakers. None of these devices have the Naim app.

If you have AirPlay and Chromecast on then it will but those are only seen by devices on your loca network, if not on your network then only Bluetooth will be visible or if you have Spotify and have connected using Spotify connect any device for that will also show up in Spotify app unless your toggle the switch to only see local network devices.

If you have AirPlay and Chromecast on then it will but those are only seen by devices on your loca network,