What coffee are you drinking, how do you brew it and why?

Depends which surveys/statistics you look at and how up to date they are. A quick Google search shows mixed results as to which is more popular e.g.

“The poll shows a staggering 61 per cent of us now PREFER coffee to tea, with Brits downing an average of four cups a day – with the latte the most popular coffee for 41 percent of the nation.”

TEA IS a quintessentially British drink enjoyed at all times of the day, functioning as a pick-me-up during the working week or to help relax at home at the weekend, but has the increasingly popular coffee overtaken a good old cup of Rosie Lee?

All I know is, there aren’t Tea shops on every street corner (unlike coffee shops) and most people I know prefer coffee to tea.

My data was current from the coffee industry

My data was current from the coffee industry

You sure about that? The figure of 70 million coffee drinkers was from 2008.

“Reliant on the caffeine spike a morning brew offers to face the day ahead, the BCA has revealed that the UK’s coffee consumption has soared to 95 million cups a day in 2018, up from 70 million in 2008.” 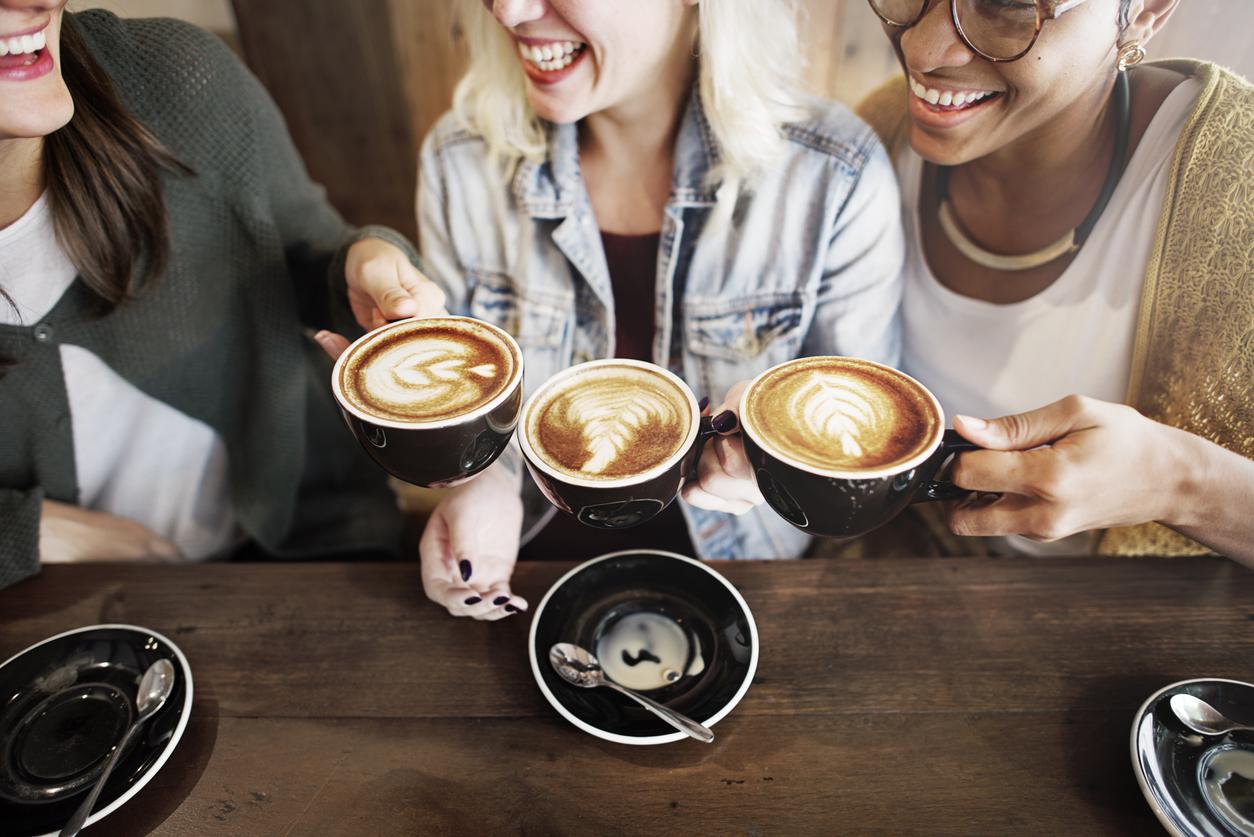 Brits are drinking 95 million cups of coffee a day

Surprisingly, it’s not millennials who are consuming the most

I’m not wasting time analysing data, my data was from 2019, if it varies between different sources & www sites, so be it, not my concern. From what I can determine, UK drinks more tea than coffee.

It’s just a twist of lemon zest / rind over which you poor your espresso.

I’ll give that a bash this evening.

Previously 5 years a Francis Francis x1 but that needs a full service, so did the upgrade., probably due to the hard water .

Seems to me in the uk many people have a cup of tea first thing at home. Many more coffee shops than tea shops, so more coffee drunk out of the house.

Good choice kit wise, how do you rate the Niche grinder out of interest?

Lovely grinder, I have the Kinu M47 hand grinder.

Interesting topic, how has this not been discussed till now!

I rotate between different kit based on my level of enthusiasm. I have a V60 pour over I probably use the most as well as an Aeropress with metal filters, used for both coffee and tea brewing. Also have a ROK manual Espresso machine which I’ve yet to master but it’s good fun messing around with beans and grinds on. Also have an Alessi 7070 stove top Moka pot which I’ve had forever but which is well made and makes a nice stove top stronger brew.
Main grinder day to day is a Kinu M47 hand grinder, also have a Kitchen Aid counter top one which is used for a quick french press now and then.
Beans I tend to source from local roasters, Tamp Culture and Workhouse, both located in Reading, Berkshire. They both roast in small batches on a weekly basis so tend to get beans that are a week from roast and then grind them just prior to brewing within a week of purchase.
I would suggest you’re best to store them at room temperature in an air tight and light proof jar/container. I use a stainless steel bottle with a silicone seal on it from Pura Stainless. If you store them cold or frozen they will absorb moisture and lose potency. Only ever grind what you need as you need it.
My overall favourite is probably the V60 pour over.

Like that it has zero retention (zero measurable anyway). Not as good as the HG one for espresso (been rather spoiled by that I think) and I should read the instructions for adjusting for coarser grind. I use it just for pour over but I haven’t compared it with anything. I managed to get on the initial fundraiser so got a good price

To keep my beans obsessively fresh I store beans in an Air scape coffee jar. It has an internal lid which pushes the air out of the jar and a valve which let’s the beans “gas” after roasting. 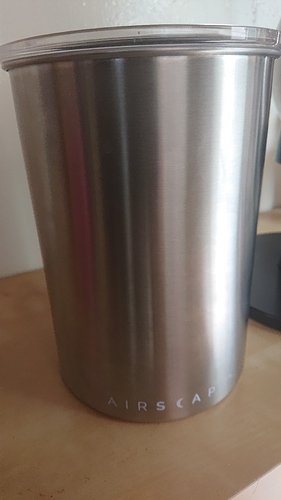 Not seen those, look pretty decent. does the lid have a pump on it to pull the air out?

The ROK seems similar to my Flair machine. Have you managed to get a good espresso out of it yet?

It’s a pretty simple design. It has a valve in the internal lid that forces the air out when you push the lid down to the beans. The idea being that you minimise any air in between the lid and the beans themselves. Works pretty well…

Aeropress with metal filters, used for both coffee and tea brewing

Did I understand you brew tea in your Aeropress?
Must try it if you do.

@Jon234,…You say coffee,.@Mike-B says tea and Dozey roughly in between.

But if we in Sweden see English programs on TV,.then it is always a cup of tea to be served…never coffee.
It is perhaps that which contributes to the myth,.that in the UK you only drink tea. 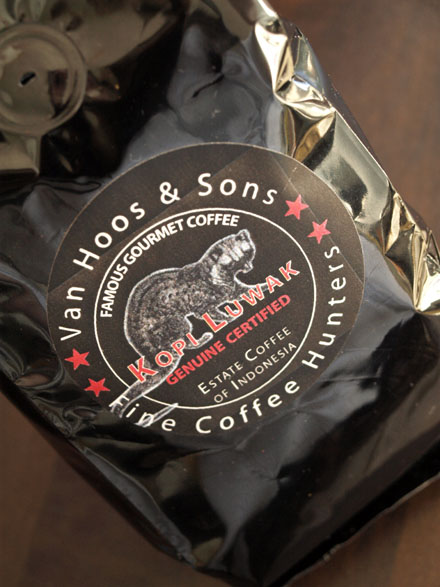 It’s important to pre-heat the portafilter and get the grind just right. I found it to be fairly bean dependent. Not mastered it but I’ve had fairly good output from it, I imagine similar to use to the Flair.

Yes with the fine metal filter, I have a few different filters, the fine one is a bit finer than the ones you would get on a french press. I use that for rooibos mostly as it’s quite fine. I use the coarser metal filters for coffee. The nice thing is they are thin enough to combine them together too if needed.