I have sold and given away so many HiFi and Audio items over the years that afterwards I have regretted. My Teac X3 reel to reel was just one of them. What item do you regret selling? 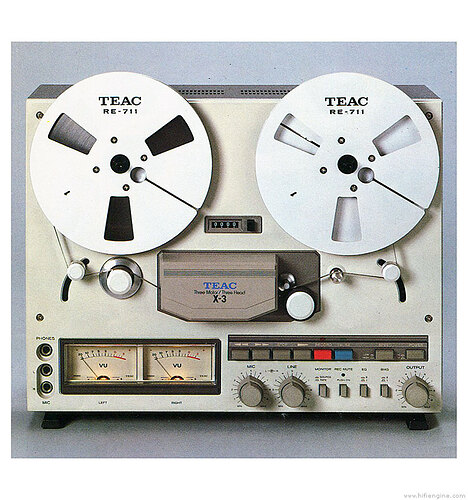 image800×854 167 KB
I will try and find an image of my biggest audio regret, Not HiFi a semi modular synth set-up! I let it get for next to nothing

I sold my LP12 which was broken up for scrap/parts. Ruark Sabres given away to someone who blew them up.
Traded in my Technodec , when I should have upgraded it.

I had a non-Valhalla LP12 with Ittok and Asaka which I traded in on a CDX2 when CD became all the rage because “vinyl’s on the way out”. I only got £250. I sold a pair of Linn Keilidh’s at the same time and that was a stupid decision too. Oh well…

Given the resurgence of tape, my Technics RS-B565 (not my photo!). I even had a DIN to 4 RCA Chord Chrysalis for it that I “donated” to a dealer as I never thought I’d need it and didn’t think to sell on eBay X)

Gave my Dad an Arcam A60 to store. He gave it away to the neighbour. Not impressed. When this gave up the ghost, with my usual impatience, I went for an Ariston something or other.

Certainly a decent performance upgrade, but honestly, I wish I’d kept the B & O and had it repaired.

I mean, come on, look at it, a thing of consummate beauty, and which gave me pleasure even when not spinning an album.

Got one of those in the loft. There’s no room for it in the racks, like my NAT05. 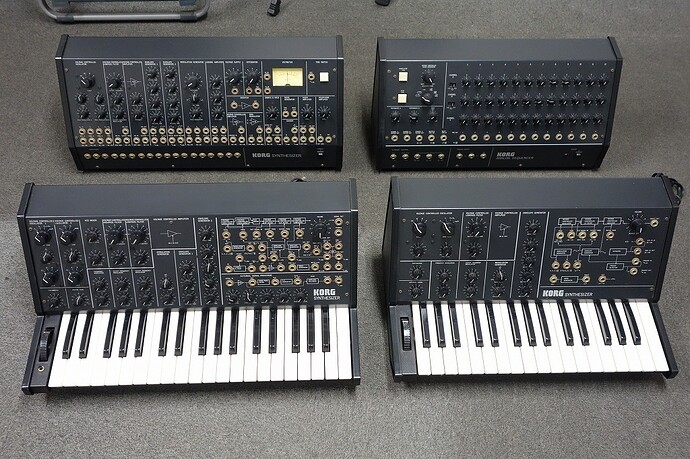 No regrets really re hifi equipment sold… You can usually replace that stuff if you decide you really can’t live without it.
What I bitterly regret is selling a few thousand LP’s back when CD was considered the future. I’ve ve managed to replace a fair few gems over the last few years but sadly can’t justify the sums many would cost me.

My Naim CD3 with a brand new mech fitted by Naim.

I am constantly replacing LP’s as I have limited storage space. A few years ago I gave a spreadsheet with around 500 albums to a local second-hand record shop. He cherry-picked the best and gave me what at the time seemed fair prices for them. Only later did I realise some of them where really quite valuable. Sometimes I go to look for an album and I realise it’s one I let go!

I swapped my owned from-new Quad FM4 tuner with a mate for two properly terminated 10m lengths of NAC-A5 and then a year or two later bought another Quad FM4 which has gradually acquired Naim disease (aka the green display has gone very dim).

I wish now that I had kept my original FM4 which he tells me still has a bright orange display and paid him cash for the NAC-A5!

DBLs. Wish I had kept them. 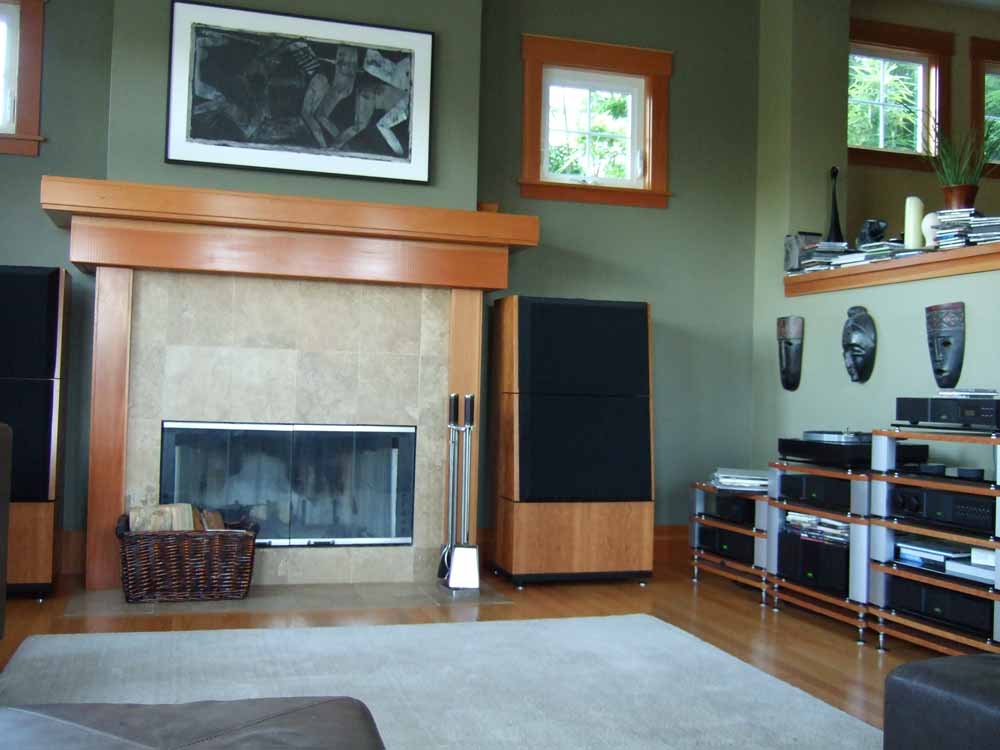 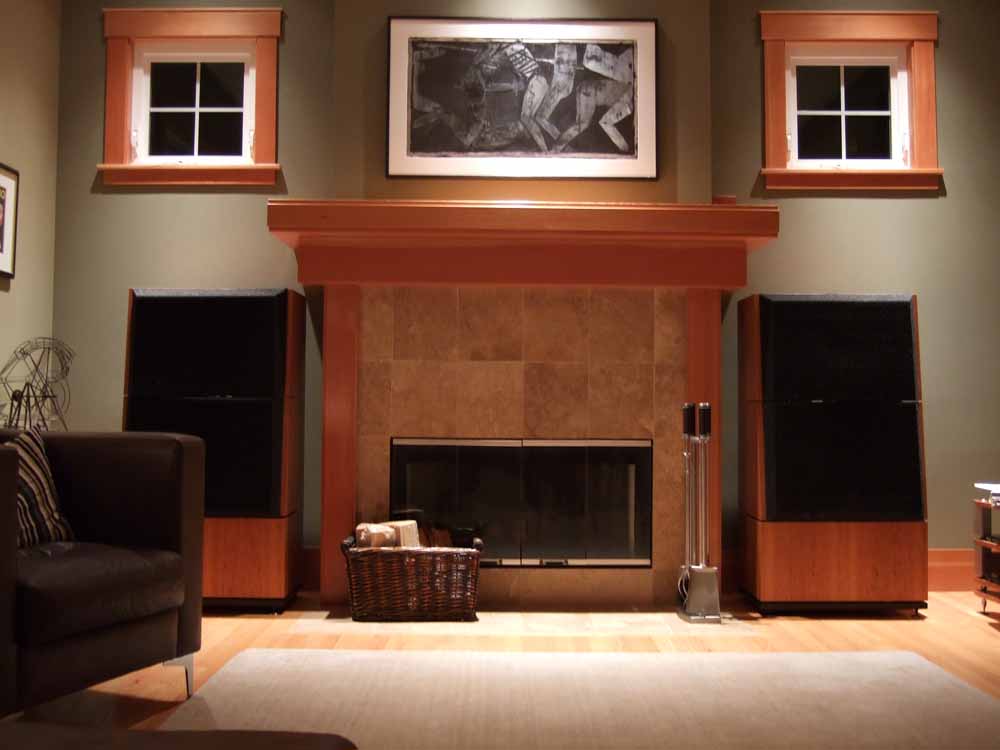 I once gave away (didn’t even sell) tickets to a Jeff Buckley concert in London, so that I could go to Edinburgh to watch a Scotland rugby match. At that point, I had seen Jeff Buckley six times in concert, and I thought that he’d be back in London, or elsewhere that I could get to, soon enough.

I was wrong. He drowned in the Mississippi a couple of years later, and I never saw him again.

Aside from a very nice 964 Carrera 2 manual before the prices went crazy, my ATC SCM50A which have just appeared for sale again on ebay over the weekend ;o(

You don’t say why you got rid of the DBLs, or what you bought to replace them.

They looked to fit in well in your room. (Sorry, that won’t help!) 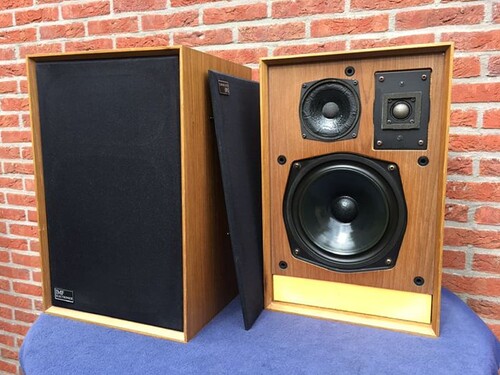 Edit: pic from the web added. In my memory they sounded sooooo good at the end of a Harman Kardon receiver and a Philips CD100.

Ouch, Arcam of a certain Alpha and Delta vintage was very good

Probably my AVI Neutron IV speakers.
Always enjoyed the clarity of the mid range and vocals.

Can’t help but think they’d have worked well with a DACV1 and NAP100 for a near field desk system. 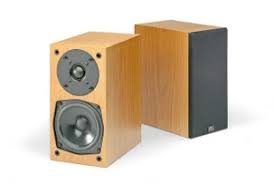 Can’t get over it