NAC52, NAP135 & Linn Isobariks. Had to sell that system when I hit hard times financially, and seeing a rather minty NAC52 as part of an active system at the recent Cranage show gave me a nostalgia twitch or two.

Moon i-3 (picture courtesy of Simaudio Moon - mine was in black finish). Cracking amp which I sold way too cheap just because I wanted to try something else (which I don’t recall what was). 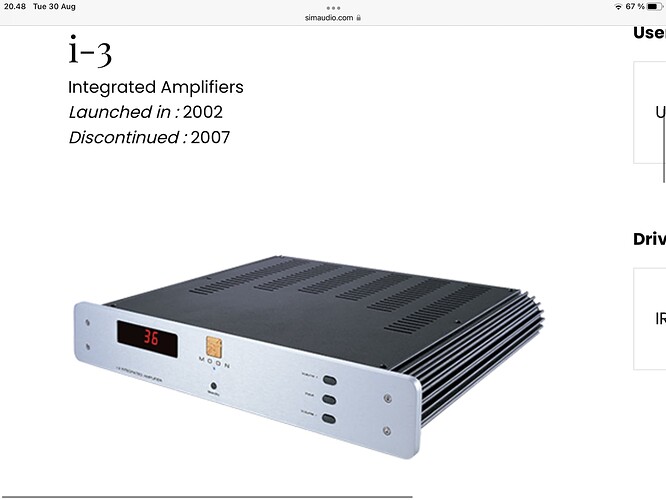 I sold a Roksan Xerxes and Linn Kans to my brother. He’s still got and enjoys the speakers but the deck is warped.

I built a new house and DBLs would have blocked the view. 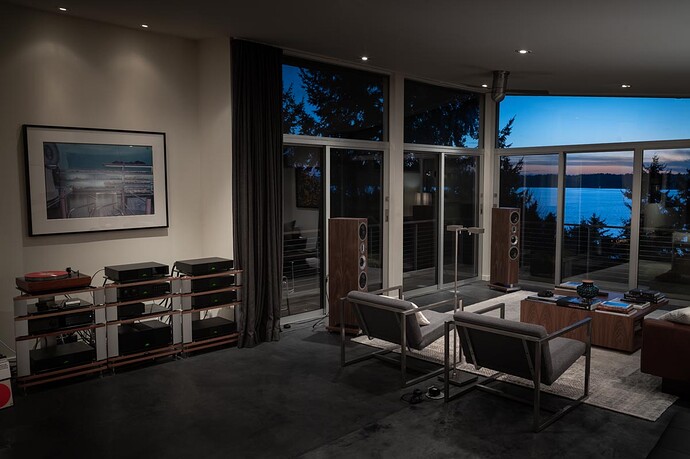 A collection of about 400 Corgi and Dinky cars from 60s and early 70s, all in VGC. I was as fussy about looking after my toys as I am now about my music collection. I got about £400 which seemed a lot at the time, now they’re worth LOTS more. Recently a Sugden A48 mk2 for very modest sum. It was on the blink…I should’ve got it sorted, it would have been in use somewhere in the house.

Rega p25, took me 5 years and a lot of money to discover a better deck.

I gave away my Raleigh Chopper because I felt I was too old for it. It probably ended up at the tip.

I can see why you wouldn’t want to block that view. I can’t quite make out what you have there instead. Something tall and thin.

My stacked ESL57s would thrive in that lovely space.

On the hifi front, the only thing I can think of is a pair of KEF B139 bass drivers, from my second incarnation of DIY speakers, actually given away - then 15 years or so later when I had IMF RSPMs that used the same drivers, and an amp fault destroyed one, finding they’d become a lot more expensive.

Otherwise hifi wise I don’t think there’s anything I regret selling or otherwise disposing: I sold my original beloved IMF TLS50ii speakers, however it was to my brother-in-law, and now they’ve come sort of home with my son having them - a swap, my brother-in-gaining my equally beloved IMF RSPMs when I moved on from them!
I was sad selling my TT and all my LPs a few years ago, ending my long association with vinyl - but I don’t regret doing so as I know I’ll never be happy with the limiting sound.

Beyond hifi, I’ve maybe regretted selling couple of cars, for different reasons, and I had some sadness disposing of a few other things (e.g. photographic darkroom equipment) but not regret as I know it was the best thing to do.

Now on 272 / 200.
We’ll have to vacate my tied house in not many years’ time and will only be able to a afford a smaller place. Downsize again!!

That Teac is a monster, but absolutely magnificent!

And some more over the years, but to acquire new gear some had to go. 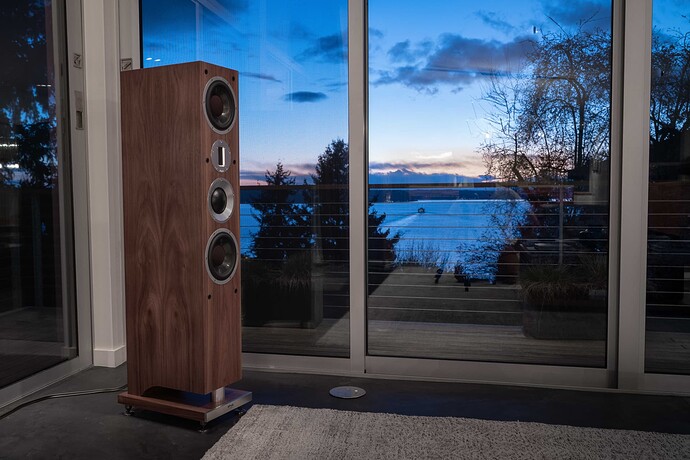 My first LP collection sold in the early 90s.

However it only amounted to couple of hundred albums, about a third of which have since been replaced with pre-owned original albums, a third i can live without, the other third are out there at a far greater worth now, than the pittance they sold for 3 decades ago.

On balance, although the DBLs looked lovely, I think they are worth trading for that view.

At different times in my audio life:

A pair of Chartwell LS3/5as.

But we have to live positively and the best is yet to come.