IIRC, unlike the ND555, the NDS could be supplied with 2x Burndy cables as an option if using it with a 555PS.

This from the NDS page suggests no burndies included

My NDS from 2015 came with two Burndys. I wouldn’t purchase and NDS without them.

I thought they were optional as you had the lower cost option of powering the NDS from the XP5XS or XPS power supplies (Single Burndy) and both these supplies already came supplied with a Burndy. I was trying to do the man maths to step from a NDX to an NDS at the time

As James says, the NDS could be purchased with or without Burndies so that you didn’t have to buy them if you already had some. It was also supplied with a DIN5 interconnect, Link plug, BNC to RCA adaptor, Wi-Fi Antenna and Remote Control.

My NDS came new with the two Burndies for use with a 555 PS, but I initially used a NP5XS with the Burndy that unit came with and the Link plug.
I had just upgraded from a ND5XS to the NDS so still had the PS.

But it was short lived as I had to have a 555DR and make the NDS complete.

Worth noting is Powerline was not included prior to Powerline not existing. Not sure which year they started being included. No burndy with 555PS.

Thank you! So it seems they were bought as an add on when one wanted or needed them.

Thank you! So the burndies are something That, if supplied, is with the NDS not the 555.

Yes. When I bought my NDS I specifically made sure the Burndys were included as they don’t come with the 555. Even though I don’t need them yet, they are worth a few hundred quid.

I “accidentally” sold my burndy along with my 555 last time. Found a new unopened one for 265 EUR on the local second hand pages for my new 555. Live and learn

Ah yes, but I think there is a difference between the dual burndies used with ND555/NDS and the single one used with NDX. I don’t think you can use one of the two 555 burndies when powering an NDX.

SXPS goes into 1 if used with say NDX2. 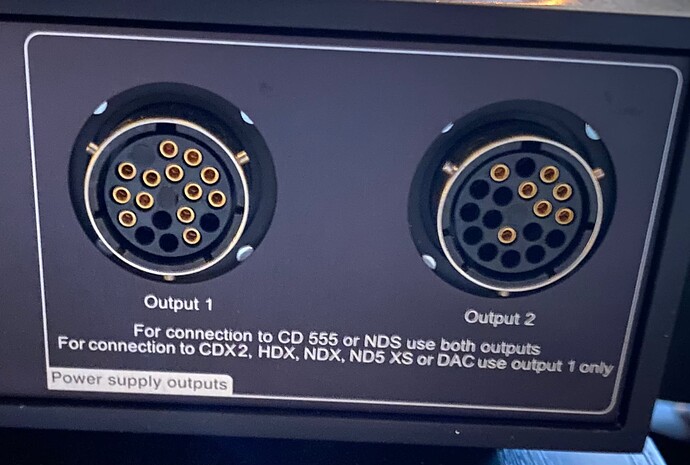