I’m wondering, each decade brings about a distinctive sound but what will music will sound like in 50 years time? It is always evolving and whether we are fortunate or young enough to still be alive to hear for ourselves but what are your predictions? I’d be interested to hear your thoughts. Warm wishes to everyone.

Hm. Interesting question. I honestly think in 50 years we will consume a lot of music (and other entertainment and media) generated by artificial intelligence. Maybe an AI will compose and generate songs and sound in real time based on our current mood.

Besides all the dreaming of a bAIch, bAIthoven or mozAIrt AI filter, this is a piece which still will sound in 50 years time: 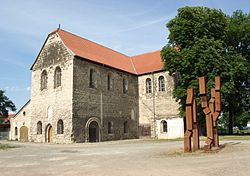 As Slow as Possible

Organ2/ASLSP (As Slow as Possible) is a musical piece by John Cage and the subject of one of the longest-lasting musical performances yet undertaken. It was originally written in 1987 for organ and is adapted from the earlier work ASLSP 1985; a typical performance of the piano version lasts 20 to 70 minutes. In 1985, Cage opted to omit the detail of exactly how slowly the piece should be played. The performance of the organ version at St. Burchardi church in Halberstadt, Germany began in 2001 ...

For those that have lived a longer existence than myself, I ponder upon the world that developed before them. Artificial intelligence could be construed as artificial as even a child is able to differentiate between a carrot and a potato without using the computational power of a supercomputer. Taking into consideration music based upon our mood in real time is perhaps for us to decide whether we like what we hear.

Ah, but what will the Naim Forum be like in 50 years?

Wonder what the threads will be - how the holographic playback of the new re-re-re-reissue of…(insert your choice)…sounds so much better with multi-strand spider gossamer interconnects?

I suspect the Ethernet cables thread will still be going strong…

…or replaced by the quality of the wireless satellite antenna head implants and sound quality and services of venders and music service providers. Especially when out and about with interplanetary travel …

The Naim forum appears to be Darwinium in nature and is constantly evolving to appeal to past and current trends under the supervision of our esteemed moderator Richard Dane.

Holographic playback reminds me of the message R2D2 captured of Princess Leah: despite the technological advances perhaps an audio recording would have sufficed but Luke Skywalker appeared to be enraptured by the female form.

I would love to hear the multi-stranded spider gossamer interconnects but I fear I would not be able to afford them or appreciate their splendor with my cloth ears. Warm wishes to you.

I’m listening to music predominantly recorded 10 years before I was born and I’m 51 and the music I listen to that is new is heavily influenced by the past so I’m not sure things will be very different in 50 years. The very best music is emotional and a machine tacking a few notes together to form a song is very different to say John Lennon singing Imagine.

If you are talking about the ways in which we listen to music and how it’s rendered then it’s entirely conceivable because it’s already possible that an algorithm will sense our mood from our digital imprint and produce playlists to suit how we are feeling and it’s very possible music will be delivered to implants that sound as good as a Naim Statement .

Impossible to even start to guess that far ahead: Who in 1971 would have envisaged today’s new music? Or more amazingly in 1921 envisaged 1971?

Back in late 70s I entered a Melody Maker competition imagining music 10 years later: I didn’t win, though my article was published …and how wrong I was!

One problem is that all the pleasant permutations of sequences of musical notes have been used up, and for fear of being accused of plagiarism at best we now have lots of yodel-like noises instead of tunes. In 50 years either people will have accepted some tunes being more or less the same as old ones, or true cacophony will reign, though I guess by then abandoning our familiar chromatic scale with 12 pitches.

As for what people truly listen to maybe nothing will change: in the extremely improbable event that I am still around playing music, I anticipate that at least 80% of it would be exactly what I play now!

This will be in the charts 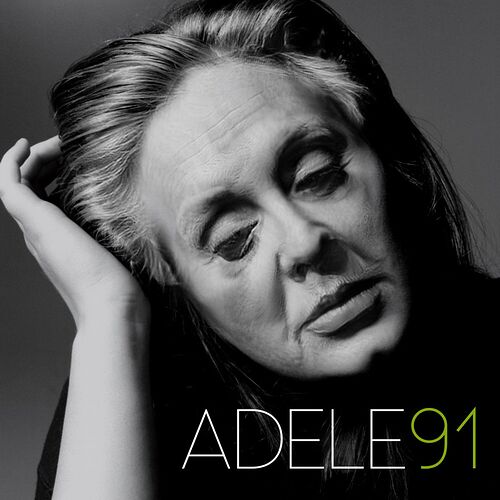 I understand your viewpoint with regards to pleasant musical permutations being used up but I have a feeling that music will continue to evolve and become more ‘refined’. Even though the current music is using the same instruments, amplification (electric guitars), synths etc for quite a while now, the overall sound could be considered to be distinctively different.

From my understanding a genre like jazz seems to have remained largely ‘intact’ but someone like @TheKevster may shed more light on how it has evolved.

If I continue to be a good lad, then I fully expect to be listening to celestial harps.

will continue to evolve and become more ‘refined’.

Evolve, yes, but refined? Is music more refined today than it was 10, 20, 30, 40, 50 years ago? Whilst every new style may go through a period of change that might be considered refinement, the thing that marks decades or generations passing is the advent of new styles, or evolution into new styles, and whilst occasionally a new style might be a refinement of an old, I certainly don’t think new styles are always or even often refinements compared to the old, just different. But maybe it depends on what you mean by refined in this context .

I think you have misconstrued my intention but it is partly my fault because I could have worded it more precisely. I was using the word ‘refined’ in the context that the current generation has access to a plethora of music to which they can refine.

Jazz as a music is definitely evolving @anon23112058 – whether or not those who currently listen to jazz will like or approve of those changes is another question! But that has always been the case – even as early as the 1930s!

I do feel, however, that all the big “statements” in the music have already been made – by Ellington, Armstrong, Parker, Coltrane, Davis, both the Evanses, Mingus, Monk, Coleman, Brubeck, Dolphy, Gillespie, Roach, Goodman, Powell, Tatum, Ella, Sarah, Billie, etc etc.

Thank you for taking the time to share your insights. Warm wishes to you.

to which they can refine.

Just guessing, did you perhaps mean relate rather than refine?

Relate is a possible alternative as suggested by @Bobthebuilder who was heavily influenced by the past, but refine resonates more with how people evolve taking with them the ‘best’ aspects.

One wonders what the ‘refining’ will lead to… I’m hopeful that new Jazz Warriors will emerge that, far from ‘simply’* adding hip hop beats or a Rap vibe, actually take Jazz to new worlds, like people such as Ornette did in the 60s… will it happen? Dunno…but I’m eager to hear them!