I believe he does

As others have said, a lot of these scams involve reversing the payment once the goods are shipped. Or claiming non-delivery.

The scammers also prey on the buyers. Years ago I sold my NAT02 on EBay to someone in the UK. A few weeks later I was contacted by someone in Thailand who said they had sent the £450 to my bank account and when was I shipping the item? Scammers had made him an offer with different bank details.

You still need to very alert with e-bay, as there are still some obvious false/fraudulent listings, often using pictures lifted from other valid listings and/or from accounts with limited/falsified feedback profiles.

Having sold several Naim items over the years (e.g. CDS3/135s), I’ve also been approached to accept early ‘low’ offers and de-list, all of which I’ve rejected.

All of this makes me very eager not to sell via e-bay .

I did buy my UnitiQute via ebay, but it was a Naim dealer and I felt very safe with the process , the only other second hand item bought was er a wrestling poster from the 1970s/80s 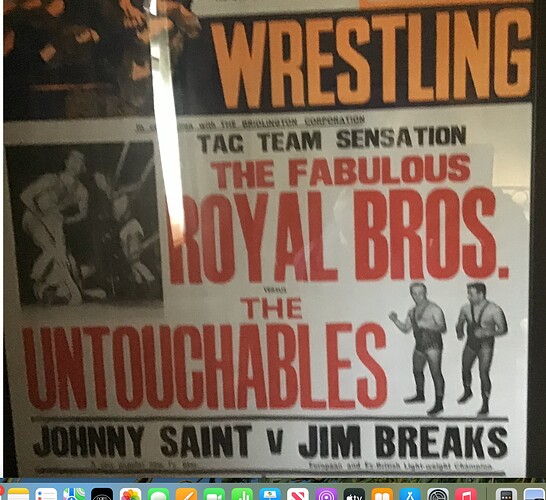 It’s in my bedroom now . Not the sort of thing you should admit to on an erudite forum such as this.

Once you sus out e-bay it’s fine, but their processes now preclude you speaking directly to your purchaser, with contact limited to messaging/e-mail. There are ways around this though. Their payment processes are based around the recording of the delivery by the chosen courier. All fine so long as the purchaser’s address is 100% the same as on the address database in e-bay, sometimes it isn’t!!

Selling on eBay is fine, along as you are aware of the potential pitfalls and scammers along the way.

So far, I’ve had no issues selling Naim kit.

Last big item I bought was an NDX. Seller talked at length about their system and why they were selling.