When HiFi goes to die

Whilst taking garden waste to the community recycling centre recently, my eye fell on these items at the WEEE (Waste of Electrical and Electronic Equipment) recycling section. It’s so sad to see these items dumped unceremoniously, especially as in my youth, I used to yearn to have a decent cassette deck, amplifier and tuner (I always wanted a decent cassette deck, but could only afford a portable Bush cassette player). In their days, these were probably very good, and it is a reminder that all equipment has a life cycle - hopefully they are being disposed of because they no longer function (rather than just because this kit is no longer ‘trendy’ (or has built in Spotify and Alexa)! 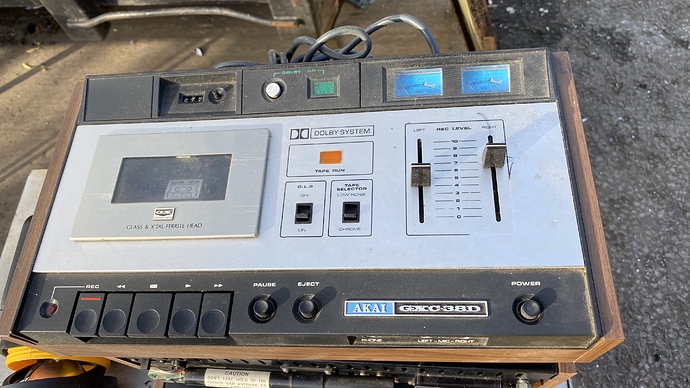 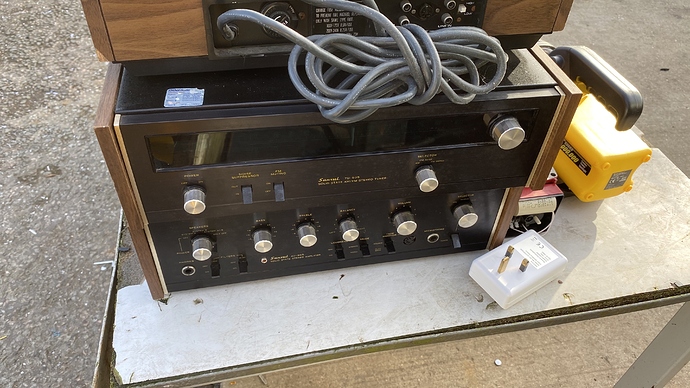 I’d have thought the Sansui amp and tuner (with a bit of TLC and a service) would keep going for years. They’d have come home with me…

I think we anthropomorphize our hi fi gear.

I save a fair bit of ‘stuff.’ I get the impression that hi fi hobbiests often keep a lot of hi fi gear.

I understand the sadness. But it’s not really like bringing home an abandoned puppy. But maybe it really is, for some.

Those Sansuis definitely look like they would be worth saving.

George, please tell me you brought them home…

Hi Richard - I would have loved to. Unfortunately the Council have a policy on not allowing folks to remove anything that has already been left for disposal, however the gentleman looking after the site did allow me to move some stuff around to be able to take the photos. Guess at least I got to have the memory…

Gee - used to have the Akai cassette deck. Used to use it with my Bush Arena ‘HiFi’!

If the old gear is never used then surely it is best for it to be collected at a recycling centre from where at least some of the included valuable metals can be recovered for reuse. This is so much better than ending up in landfill or being exported to a ‘third world’ country where any recycling would likely be done in an environmentally harmful manner.

Agree Andrew - that was my point though. If kit is ‘dead’ then recycling and extraction of the precious metals is better than landfill, however in the ‘reduce-reuse-recycle’ mode, then selling or donating kit that still works is preferable. Having said that, there was no way that I could tell if this kit was working, however if it was working, then replacements of capacitors and cassette belts would probably be beneficial.

Wow - my stepdad had an almost identical Akai deck (it had four faders - two for its internal amp) and I used it incessantly for almost ten years. Very happy memories.

I’ve got that yellow rechargable torch in the garage - utterly useless worked maybe twice before failing to charge ever again.

… Unfortunately the Council have a policy on not allowing folks to remove anything that has already been left for disposal,

Is that for "Health and Safety’ reasons ? Presumably they’d be worried of being liable if you electrocuted yourself with a dodgy electrical gadget.

That said I’m often suprised by the number of acceptable looking things in skips at our recycling centre - people seem to get rid of perfectly good stuff which could be re-used.

But you wouldn’t just a pile of rust where a car was!

Very sad, but I find watching YouTube clips of industrial shredders eating what ever they can quite satisfying.

Wait until they evolve. 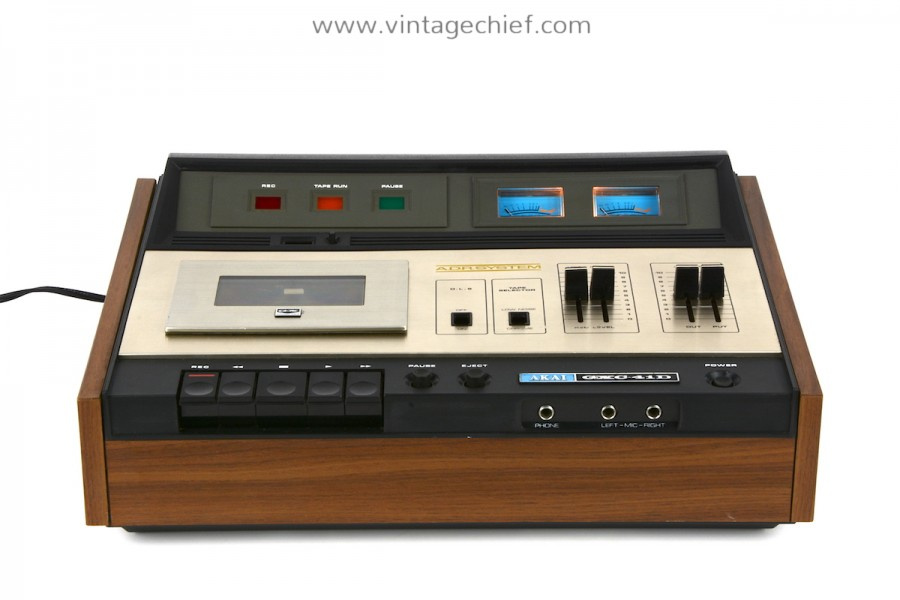 Apparently, my stepdad bought it in 1973, managing to get a discount out of the dealer by buying it before VAT came in!

Wow - awesome! Also some great memories of tunes played and recorded on it I bet!

Well, a lot of 80s 7” pop singles, truth be told - nothing terribly hip or highbrow at all. Made me happy, back in the day though!