Which song does your system sound Best/Worse

It’s sounds ok on my system but I do find Zep albums are hit and miss, I’ve got a hi res copy of lll which sounds so much better than the CD. Also I agree with others, the bass it’s that powerful it’s a bit tiny on any of their albums imo.

Whilst I’m also partial to a bit of Led Zep, take a listen to most U2 Albums. Cd,stream or Lp. Apart from a few tracks, the drums can hardly be heard/felt. They are clearly being played, just not recorded well. The whole recreational nag always feels like al the levels need turns up. Compare U2’s recordings with this of The Police. No issues hearing and feeling Copelands drumming on their tracks.

I listened to a high resolution PG last night on Qobuz and it was acceptable. Some tracks were pretty good, others average. I’m just too picky when it comes to Zeppelin.

On my Atom I like “A Night in Tunisia”, my favorite and never get bored and get tiring sound. 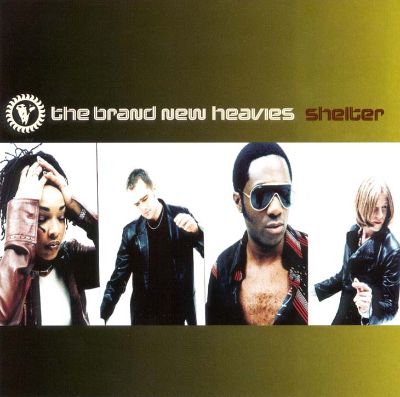 It’s really well recorded and the track ‘Once Is Twice Enough’ is well worth a quick play if you want to give your system a work out.

Too much in whose eyes (or ears)? A surprising number of people seem to be bass shy…!

A surprising number of people seem to be bass shy…!

That sounds like just as much of an arbitrary definition as “too much bass”.

I think if you can only enjoy modern pop music you have a clear predilection for a bass-heavy sound; as opposed to enjoying that in addition to other things. Nothing wrong with it, but just worthy acknowledging that it was not part of the musical lexicon of some of the recordings that are getting compared to (for example) Halsey in this thread.

and no loudness control.

Whilst that old concept had its valid theory, a major problem is that its boosting is only correct for one sound level… it has struck me before that for people or occasions when listening at low levels is desired, boosting of frequency extremes to make the frequency balance similar to that when played at more realistic levels would be useful - but to be effective it needs to be smart, linked to sound level at the listener’s position, gradually increasing with decreasing sound level. Some form of initial calibration would be necessary to adjust for speaker sensitivity and room set up, but it should not be difficult to design using DSP. And while at it, tone control to try to compensate for excessively rolled off frequency extremes, or cut them in the event of the recording exaggerating, really would make sense as certainly not all recordings are made at levels reflecting what one may perceive as ‘normal’ tonal balance (nominally perhaps being the live sound where the music is played live in a well set up sound system/venue).

But of course the above argument only applies if the existence of the ‘loudness’ contour control and tone controls don’t adversely affect the sound quality, or rather affect the sound quality to a lesser negative degree than poor recording quality. The last amp I had with tone controls, bought back in the 1970s, had a ‘defeat’ button that bypassed them, which is how I used it most of the time, and that would make every sense for maximising sound quality where the recording is good and listening at realistic levels. However such a frequency shaping tool has no place in a preamp: instead I picture a DSP box, sitting between pre and power amps, or potentially in a digital system inserted before the DAC.

If you can enjoy pop music in general, as in chart music, other than rare exceptions than I think you have a predilection for something unpleasant, whether or not it has bass! But that is my personal view, and, as they say, there is no accounting for taste!

I do like me some Halsey, but Zeppelin is in a class by itself.

Well, Page is currently 76 so the poor lad will definitely have lost a good chunk of everything over 10kHz, irrespective of how much over-exposure he might have had to high SPLs in his life (but, let’s be honest, it’s probably a fair bit).

My 1977 Pioneer SA-7500II with tone controls and Tone bypass / Loudness switches. Still plays beautifully today and does great physical bass for blues, Lez Zep and Band on the Run. 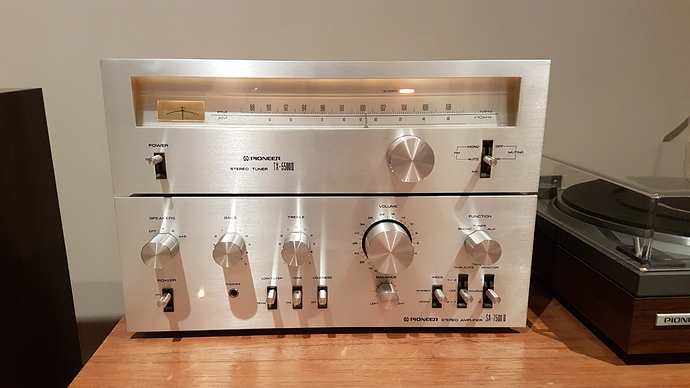 My system now sounds fantastic with anything thats been produced well and shocking with anything that isnt.
In a way its too good and shows up everything and some tracks that i listen to before, i now just skip past, as i cant stand to listen to it anymore, that is shame really and sometimes think i was better at a much lower level than what i am at, but then you play a good track and you soon forget, as its simply stunning

You are spot on!

Impossible to say best as I have never thought to try comparing different music that way, however noting Led Zep featuring in discussion I’m currently playing LZ1, not the Barry Diamant version but another 24/96 one, and it is sounding pretty superb, apart from a slight muffling at the very top end the cymbals a bit subdued. (But maybe that’s my ears,!)

I can’t comment of any Vinyl Zep albums, but as far as CDs / WAV rips are concerned, there’s a fair body of opinion on here that the Japanese SHMCD boxset takes some beating for SQ, and that includes Jimmy’s more recent remastered series.

@Zackwater Interesting choice for ‘best’. BMtL sounds good on my system, but the mastering of the song itself holds it back for me. I’d love to hear a version that allows a bit more space for the instruments, whilst toning back the use of compression.

Whilst I agree it would be good to hear the drums more in the mix of U2 songs, I suspect it is a mixing/mastering choice. As an aside, I wonder how the drums come across in the Classic Albums documentary for Joshua Tree?

The Police are clearly the opposite, for instance if you listen to Message in a Bottle on Regatta la Blanc, the drums take the lead from the beginning and the mix is more balanced overall, allowing space for the instruments and vocal to shine through.

A best sounding candidate for me is MJ’s Don’t Stop 'Til You Get Enough from Off The Wall.

My current setup manages to handle all the percussive elements (without sounding bright) as well provide plenty of warmth for the bass and vocal.

As for worst, I’ve always had trouble with an album called Barbara by We Are Scientists - I love the band, but this album is a loudness mess and I have never managed to tame it so it sounds good (I still use the opening track (Rules Don’t Stop) as a demo track though.