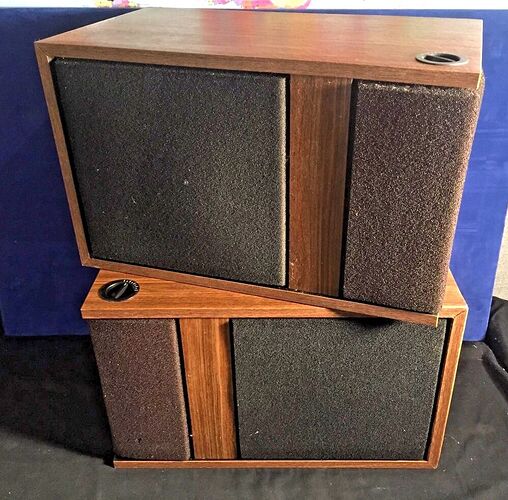 Can anyone enlighten me?

They look like Bose 301s. I’m not a fan. They were quite popular when I was at school in the States but sounded pretty awful to these ears. 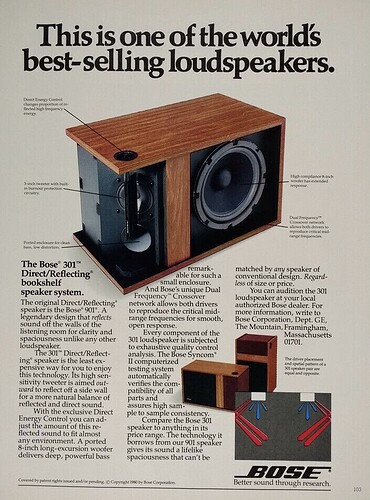 Probably why they are selling them then……

They’re not. They’re resurrecting them.

Bose was mid-fi at best. Overpriced and over-hyped. Service was excellent as many people had issues with them back in the day.

Haha. People love to hate Bose. But I had a pair of 901s I loved and drove with a Linn source and amp. When I got Linn Keilidhs, I couldn’t part with the 901s… so I bought another Linn amp and put them in another room.

Bose never really made hifi but in my view they compete with B&O and outperform that lifestyle maker by a wide margin. Bose speakers solve problems of placement more effectively than most anything else. Got a horrible room? Maybe an L shape? Maybe a converted church? Significant other wants you to put speakers somewhere, quite frankly, idiotic? You can get pretty consistent performance from their direct reflecting design and transmission line subs in any of those scenarios.

I’ve yet to hear a better soundbar too.

For the OP, the 301 were a very low end entry level speaker even by Bose’s standards. I’d not think they were worth anything as scrap and at that age (I’m guessing mid 70s by the pic), the gasket around the cones will probably just fall apart if you blow on it. Even my trusty 1973 Bose 901 series IV eventually met this fate and ended up in a skip after 25 years of constant use.

You’re being very diplomatic, Mr Dane. These ones, with the same directional tweeters, are some of the lousiest speakers I have ever had the displeasure of listestening to in my life. 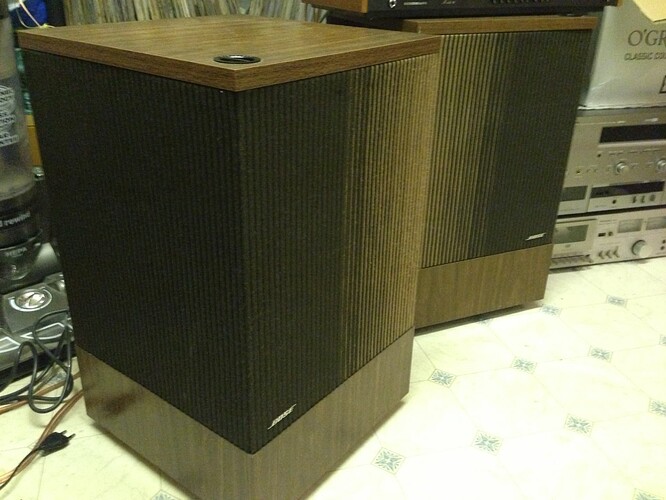 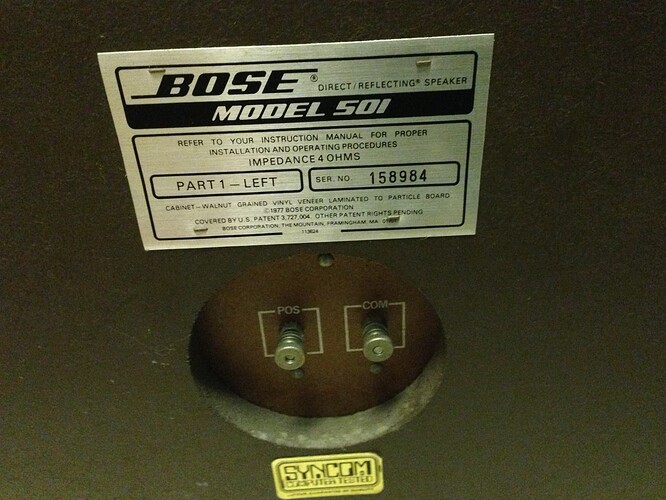 Bose did go “high end” briefly with the 1801 power amp and matching 4401 pre-amp. A bit of a McIntosh look and feel to them… 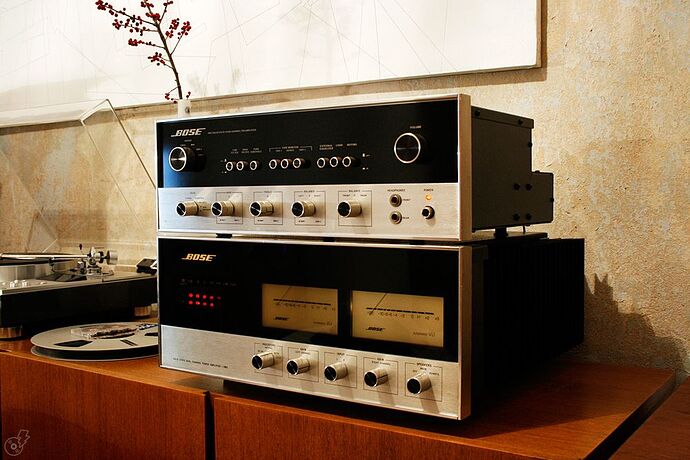 My wife had Bose in her Audi TT. That was cr*p as well.

Man this thread brought back a flood of memories…and not all bad! Bose 301s were one of the first audio purchases I ever made and was paired with a Dual 1218 and Denon integrated. I thought I’d entered the big leagues and my dream was the Bose 901s with their multi drivers and 88% reflected sound vs 12% direct if memory serves. Not certain where the dream got sidetracked but was either the addition of a Systemdek or Nait 1 that turned my world upside down lol! I’d also totally forgotten about their electronics!

You won’t have to. The penny will drop when they put them for sale on a well known auction site and find that the highest bid is significantly less than the value of the time they spent cleaning them up.

Part of me is rooting for them to find an enthusiastic buyer who is will to pay a premium to purchase a rosy childhood memory. That is a possible scenario and possible the only one where they command a reasonable bid.

Yeah, but as per previous posts , he’s not selling. He’s resurrecting.

I have enjoyed bose over the years… I would not use them for dedicated listening - but for generally putting it out there - they are usually pretty well balanced and have a dispersed sound field - I have a small Bose bluethooth speaker its great for what it is - and follows that trend. Certainly the early bose speakers are quite well built in recent years they seemed to have shied away from hifi and gone into home cinema and thats a shame.