Which Tie knot do you use?

After many years, i had an opportunity to wear a tie…to attend a business meeting…

Used to wear one more than a decade ago - when i used to sell mobile services to corporate customers and after that got into the oil and gas sector and we wear boiler suits and PPE here !

I mostly use the half windsor 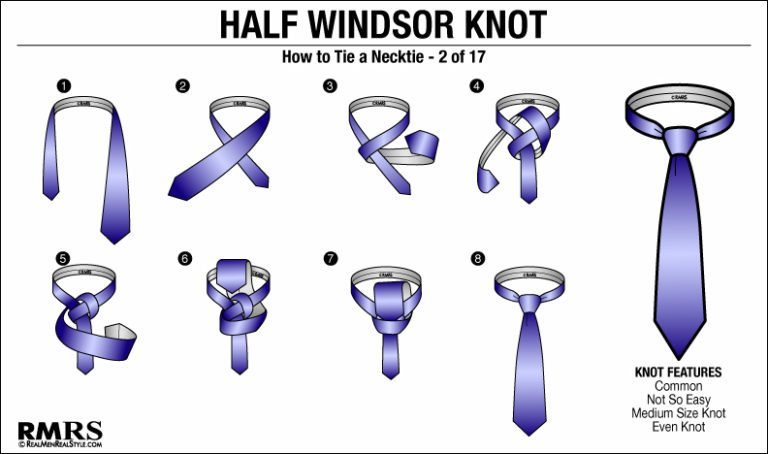 In the days I could do this almost (bar the last finetuning) one-handed in a car. Have grown a bit older, I would not do that anymore

I’ve never known any name, but basically the same though I aim to balance the knot size to the width of the tie and the collar size, which can depend on the thickness of the tie itself, and also as a length adjuster if needed (I have quite a few ties, of varying dimensions, chosen purely for their appearance). Essentially as shown above, but sometimes adding an extra turn or occasionally two, and occasionally omitting the second turn.

With different ties the knot starting position varies, my aim being to get the tip of the front part to reach just to the bottom of the exposed part of my shirt, with tge back section shorter - ideally just an inch of do, but not important as if tucks through the loop on the back of the front section, and I often wear a tie clip halfway down to keep it under control if I lean forward. (I hate the Trump-style wearing the tie with an extra long front length, which I think simply looks uncouth.)

Gosh - I remember ties. Years since I wore one. Double Windsor or possibly Full Windsor I think it was called.

Back in the days when I had to wear a tie for work it was invariably the single or double Windsor depending upon shirt collar fashion and width of tie.

If I have to wear a neck tie nowadays I stick to what I have just found out is called a four-in-hand knot: 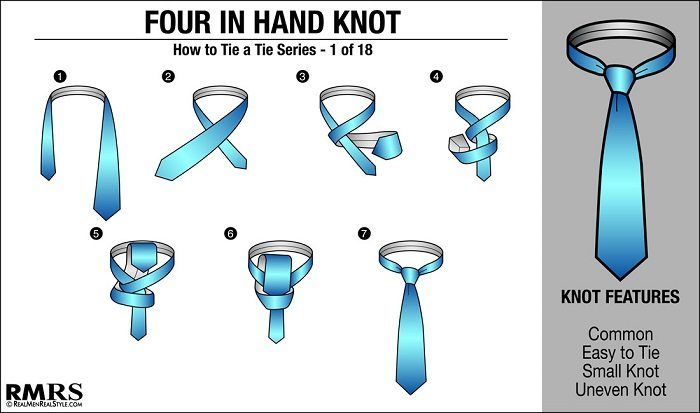 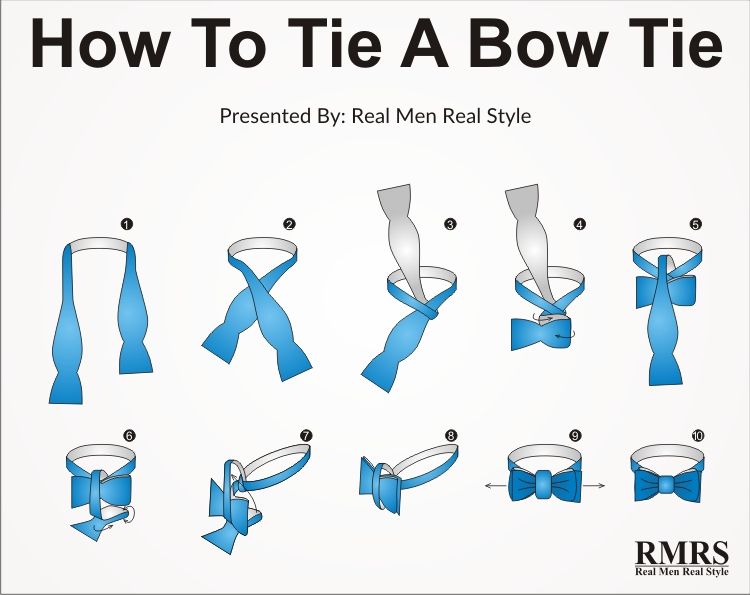 Thankfully, since retiring & the social accepted norms of today, I don’t wear a necktie as often as I used to. But I’m a half windsor man.

It depends …
Back in the day when I had to wear a stiff collar, the four in hand was the only knot to use. This is because a small knot was the prescribed style; anything else was deemed unsuitable - it was a naval college after all. Once I moved to soft collars then Windsor or half Windsor were de rigueur; occasionally, I would turn the tie the wrong way round to produce a tighter knot.

Yes I’m a four in hand knot person too, but I rarely wear a tie these days, unless my ceo is taking me to a meeting with potential investors when I always wear a tie (although sometimes they don’t).

its the Windsor for me too…

thanks to the pics i could name the tie knot i use.

Wearing a tie at work ( i find ) makes me more focussed in office.

Windsor. For many years. Like the above but only one time around. 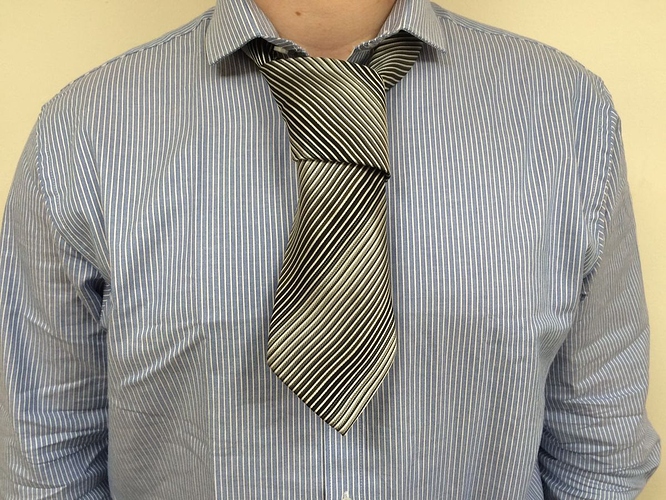 Amazed at all the half-Windsors out there: surely it’s a four-in-hand for new or thicker ties and a full Windsor for anything a bit older or thinner. If you want to experiment with your tie-tying, and have the slightest mathematical background, I strongly recommend The 85 Ways to Tie a Tie by Fink and Yong Mao (1999).

Totally agree about the shockingly poor tie-tying taste (actually, probably not that shocking, come to think of it) of the current occupant of the White House. Mind you, did you see the pictures of him in White Tie to meet the Queen? He looked like he’d bought his outfit unseen on eBay in a blind panic at 2 in the morning. Which, if his Twitter activity is anything to go by, is worryingly believable. Hosting a man that badly-dressed without flinching is yet another reason in favour of a hereditary monarchy. If I’d been King, I’d have had him shot where he stood without a moment’s hesitation.

vTie is a useful app in addition to the book mentioned by @Ebor.
For those with a mathematical bent there are several papers on the subject, the aforesaid authors also have a website: https://www.tcm.phy.cam.ac.uk/~ym101/tie/aps97tie.html; and there is this article: https://www.huffingtonpost.co.uk/entry/ways-to-tie-a-tie-math-video_n_4760867?ri18n=true
I rather liked the Pratt knot back in the day.

I said Windsor earlier . I meant 4 in Hand. Never was good with tie knot names.

“Bond mistrusted anyone who tied his tie with a Windsor knot.”

From Russia with love

so did the windsors tie up Mr Bond in knots ?

I think you are very much channeling Doug in The Rotters Club there, Kev!

Bow ties work for a few people, but if you are under forty, you generally look like a twit. They make me look gift-wrapped.