No… I am not. I know how much an RCM would cost, even a basic one.

I do not buy enough LP’s to make owning an RCM worth while. I do though, have a (vintage) capability for ‘wet’ cleaning - which works well for me… 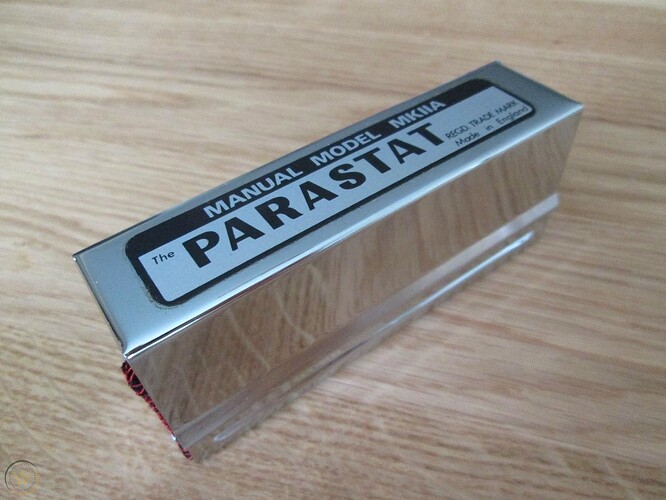 No… I am not. I know how much an RCM would cost, even a basic one.

I got a Project one a few years ago - don’t really like it - deafening suction when thre arm is removing the liquid and is back breaking as I have it too low.

I don’t really have the patience to use it anymore but may revisit in coming months.

I really want one of those fully automatic ones but can’t justify the cost currently.

My option has cost me very little (bought in the 70’s) - and is effective. I did have to source some new cleaning liquid (water based), but found some which seems to work well, on the Bay.
Its also the ‘correct’, period light blue colour…

I generally wet clean any used LP’s I buy - just once is enough.

At the risk of being called “all the gear and no idea”, I will just not pay the (to me) inflated prices for vinyl lps, even if they are “remastered” on “180g vinyl” ,blah, blah.

I principally use my CD player or Spotify and occasionally use my Linn. This is due to a number of factors with which I will not bore people with here.

Whether or not records are relatively inexpensive now compared to the 60s or 70s, psychologically, I just can’t drop £100 on 4 lps.

To some extent, the situation to me is analogous to the arrival of CD: people bought the same albums for n times the price of a vinyl disc.

I have got nearly 2000 records to play, so don’t need to go large on adding to that tally.

My option has cost me very little (bought in the 70’s) - and is effective. I did have to source some new cleaning liquid (water based), but found some which seems to work well, on the Bay.
Its also the ‘correct’, period light blue colour…

I generally wet clean any used LP’s I buy - just once is enough.

When I was at Uni I used to use Hunt cleaning fluid for my LPs which really did something for the sound.

I understand the cost

. I used to have a Project VCS and cleaned all of my approx 500 LPs - the water I drained out of the tank was murky and the colour of “you know what” (yellow)

At the time virtually all of my LPs were bought new and slipped into Nagaoka anti-static sleeves, no contamination with smoke and as well cared for as possible.

I sold it on eBay because I didn’t expect to use it or play records (or anything else) again but circumstances changed a bit and I got a new Project VCE which fits in nicely in my Kallax rack. I’ve bought a few s/h records that have been really noisy; Taj Mahal - Going Home; Martin Simpson - Special Agent, that are now virtually silent except the odd pressing click.

It is indeed annoying to spend £25 on a duff LP. Happens occasionally. But nothing beats vinyl at its best.

The DJM reissued Elton John vinyl LPs from c.2017 sound magnificent and certainly better than the CDs. I picked up Elton’s debut LP today – dropped the needle on the opening track (‘Your Song’) and I was drawn in immediately.

By contrast, I’ve found the majority of the Queen remastered LPs to be disappointing.

And I really don’t want to talk about my copy of Quadrophenia with its muffled sound – an awful copy.

I don’t really understand why Hifi enthusiasts will pay hundreds or even thousands of pounds on a cable and ten’s of thousands on black boxes and yet begrudge spending £20, £30 or £40 on a record to play on it.

Yes there are more than a few badly pressed records out there but buy carefully do your research and there are just as many wonderful sounding records out there, it’s like most things it requires some effort buying records blindly just because you like the music doesn’t always work unfortunately.

When it became fashionable again to buy records lots of bands and record companies rushed to cash in taking little care of what the end product would sound like.

Hi Bob,
I can sometimes pay 100 euros or even more for a rare lp or a pure analog reissue like by MOFI or Analog Productions.
But in that case it’s because sound quality is better. No digital hi res can approach the realism of an analog album from 60’s or 70’s.

However, here we differ, all the lps I bought which are made from hires transfer, like for the artists of Jazz Refreshed for example, sound very similar to the same albums on hires files.
Maybe it’s not your experience, I don’t know. But I decided to stop buying lps that were done originally from hires. Why pay 25 or 30 euros, sometimes more, for an lp , if you can have the same sound with the streamer, and pay half or even much less if I pay only for the tracks I like?

I think you misunderstood my post I’m saying that almost all the Lp I’ve bought where I’ve preferred the streaming version have been modern new recordings. So we agree.

Vinyl is the go to choose when we have guest’s as they all prefer the sound of the LP12. It is such an event, when I revert to the ND555 they don’t quite have the same enthusiasm.

When I’m on my own with dedicated time, again I choose to put a record on but overall the ND555 gets used the most as it’s more convenient.

I’ve bought over 150 records the last 18 months but I do choose carefully and most are under £20.

These a few examples that are similar price as a CD and sound so much better. 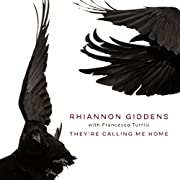 Alice Coltrane for a double album for £12.56 sounds incredible. 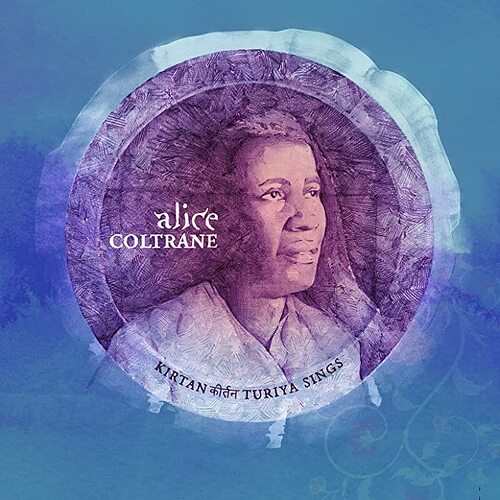 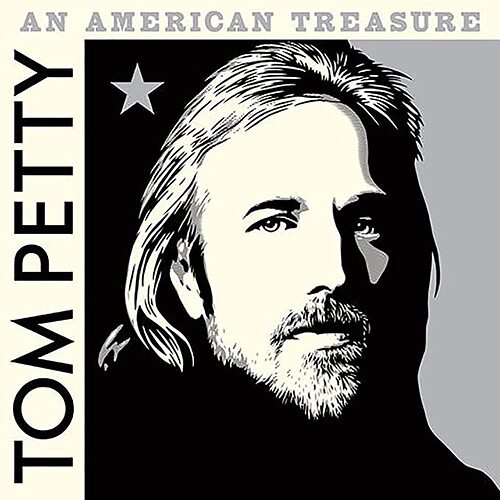 Just seen Jeff Tweedy, Love is the King that is still available on the River for £12.54.

I think buying records today can be bought for not much more than a CD and this one you get is in colored vinyl + it sounds great. 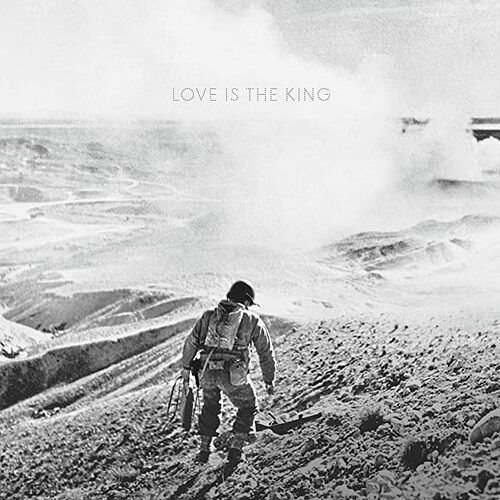 Yes I agree Andy. Vinyl so lovely to own but for some of us that’s a lot of storage space to handle. Which of course is one of the reasons cd collection became popular.
Regrettably my cd and vinyl vinyl collection has reached tipping point which is why I now stream so much.

Yes, my record collection is small, at some point I will put all my CD’s (2,000) Into the loft as they have all been ripped and would save space for more records

Oh Andy, Andy, Andy. The thought of putting music collection in the loft, either cd or vinyl fills me with dread.
I’d rather shove the kids up there. That was a joke btw.
Got rid of the kids long ago😂

So whilst I prevaricate, I’m running a CD player, streamer and TT, and buying CDs, vinyl, both new and used

Oh Andy, Andy, Andy. The thought of putting music collection in the loft, either cd or vinyl fills me with dread.
I’d rather shove the kids up there

I ripped 4,000 CDs to an Innuos Zenith during lockdown and culled a lot of deadwood in my vinyl collection (about 1K of 4K, approx) with the idea of having less physical product taking up space.

But now both my vinyl & CD collection continue to grow. I much prefer having the actual thing/artefact to hand.

Though the Innuos was pretty decent SQ, I’ve sold it and upgraded my turntable, and I’m enjoying listening to and buying discs, both vinyl and silvery ones.

I really don’t like streaming anymore. It lacks everything for me . . . apart from convenience, no physical footprint, relatively low cost! Ha.

None, I am afraid. If I could pay someone to come to my house, clean all of my records, perfectly set up my turntable and serve as a disc jockey for me, I might buy more vinyl. As it is, however, I think I am just about worn out with all of the work involved in hearing vinyl the way it is supposed to be heard. Digital music sounds really good these days, and it is so damn simple! 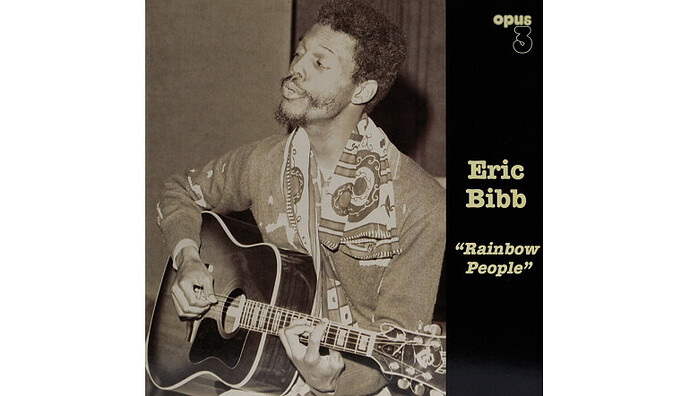 I think I’ve just found the blow away vinyl album for me. 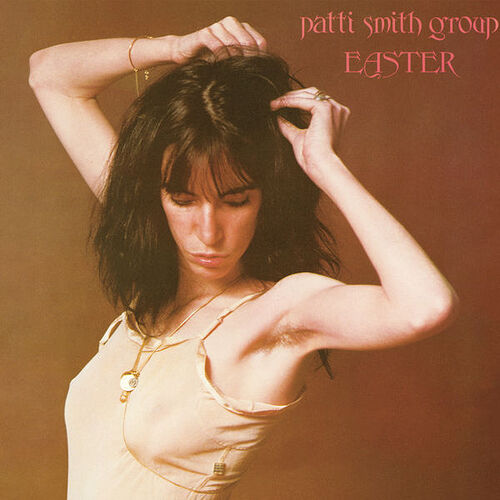 My word the Qobuz hi-res download was good but teh £20 Arista vinyl I bought yesterday in HMV is incredible.

Is it the format, the recording or mastering. I’m inclined to think it’s the latter two of the three.

If every album on vinyl sounded as good