That Cori Gauff is totally amazing. I feel we just watched the beginning of a fantastic Wimbledon champion in that match with Venus Williams.

Totally agree. That was phenomenal!

Seconded she was superb for her age

I see her Wikipedia entry has already been updated to reflect that result. She must have a good team supporting her.

Although still playing reasonably well, Venus hasn’t been at the top of the tree for some time now.
Serena will be a different matter entirely now that she seems to be injury free again. She doesn’t play much tennis nowadays, but still a force to be reckoned with.

Another fantastic performance by Coco Gough, playing even better than in her match with Venus Williams. Wonderful to watch. Spellbinding tennis.
Best

Supremely talented unbelievably focused for a fifteen year old I read a quote that we could be watching the next Steffi Graf it’s difficult to say but when you look at the quality of opponent Steffi had to beat, Navratilova, Seles, Evret, Sabatini, Sanchez Vicario, Hingis it’s hard to think there will ever be another Steffi Graf but Cari Gauf could definitely be the best since Graf and who knows what other players may come along to challenge her.

Haven’t seen her play yet, looking forward to seeing later this week. However my focus is on Ash Barty, she’s come from in the 500s to number 1 in less than 2 years. She’s a real chance and a change in attitude to our (Aus) male players that I wouldn’t cross the street watch.

Another unbelievable match where, in her first ever Centre Court match and her first third round match in an adult Grand Slam, Coco Gough recovered from two match points down in the second set to winning that set in the tie break and then winning the third set and the match in over 2 and a half hours.

Not so great for Bernard Tomic. His Tuesday match with Tsonga has had the officials seem fit to slap him with a £45.000 fine for playing crap tennis.
If only they had done that to Tim Henman. 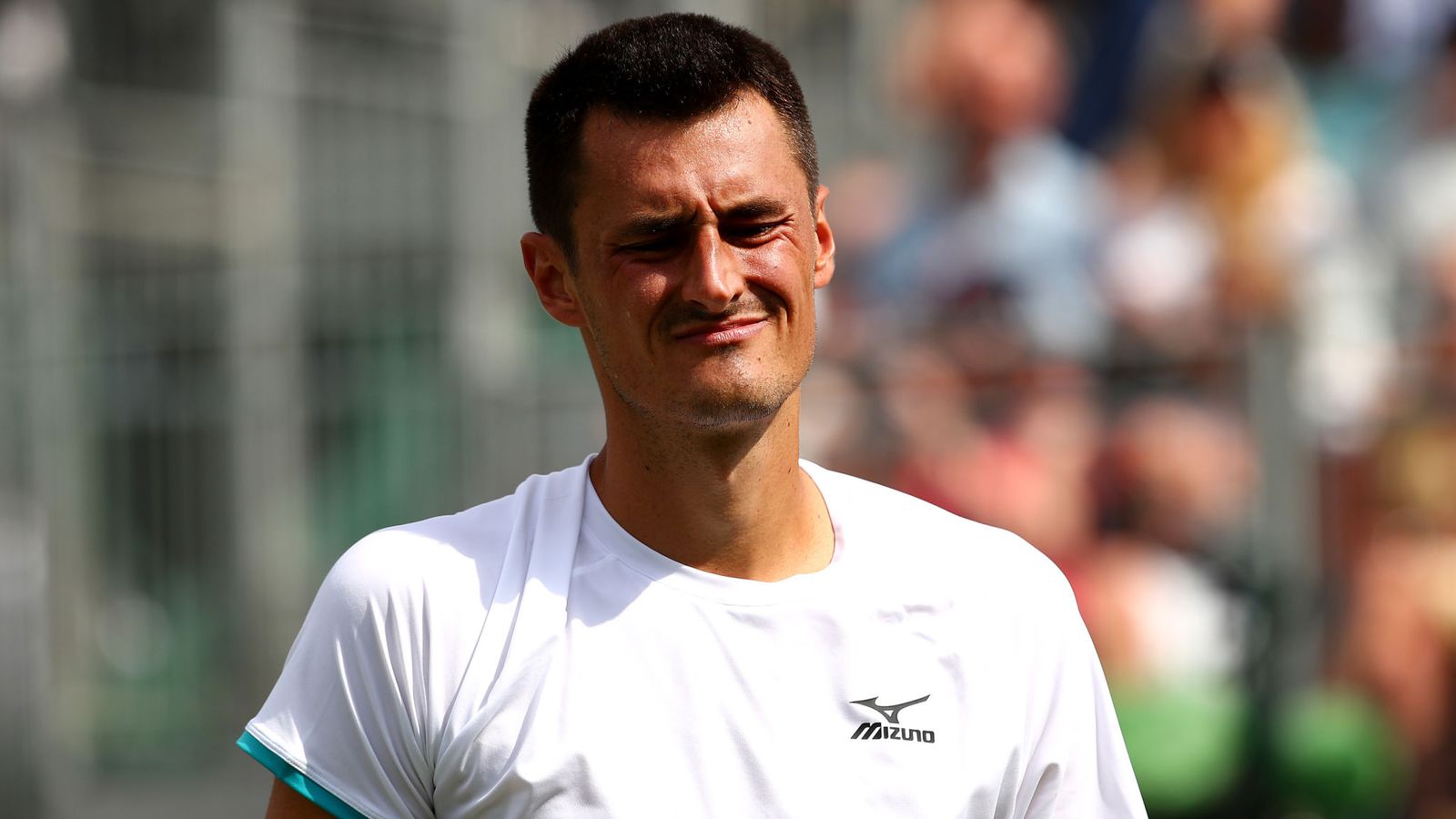 Tuesday's 58-minute match against France's Jo-Wilfried Tsonga was the shortest men's match at the All England Club in 15 years.

Thanks to a bad case of jet lag I was fortunate enough to see Coco play for the first time last night. I didn’t get to the first set and by the time I’d sat down she was facing match point, I can’t believe the fight back. Thought I’d just have time to drink my hot chocolate and go back to bed. What a camp, think we’ll be seeing a lot more of her.

Not often I watch a ladies tennis match but the last set and a half I managed to catch was great fun. Not sure it was of the highest quality but the nerves on both sides were jangling and so impressive to see this fearlessly competitive 15yr old. Talent plus self belief plus very impressive stamina. She has played all the way through qualifying to get this far. I wish her well but also that she gets to develop at her own pace with a thought to sporting longevity. Discussions about Jennifer Capriati/Tracy Austin and others who played as 13-14yr olds and either burned out or got injured should sound a slight note of caution.

A word for Hercog. It is hard to be playing an opponent when basically every single person in the stadium, commentary box, press circle and the wider tennis watching public wants you to lose. Crowds that applaud a point where you make an unforced error or serve a double fault should maybe rein themselves in a bit. Cheer the winning shots by all means.

My wife was at centre Court yesterday and said that the atmosphere for Coco match was fantastic.
She went with her sister , 3 years ago when they went last they saw no tennis at all on no 1 due to the rain.

She owes me a few hours sleep, I thought she was gone, was only staying up to see what I thought was over at 1 set down, and match point. Would have loved to been there, I did feel a little sorry for her opponent however the crowed made it quite clear who they were supporting. But you’ve gota’ Love a fighter.

Aren’t you pissed you weren’t there?

What made it even more of a comeback was that the match point against her was at 5-2, and Coco won that set with a tie break, so it was quite a climb to win that set.

A bit but had 2 ood days of golf with mates.

I think the ladies championship is more interesting than the chaps where I think Djokovic is a shoe in. The Konta Petrovic match tomorrow is mouth watering.

Very sorry to see Coco Gough go out in the fourth round, but she was obviously not well and didn’t seem to me to really get into the match. Anyway she has really announced herself on the world stage and will be followed closely in the year before the next Wimbledon.

As a Brit I was very pleased to see Johanna Konta go through to the quarters again after a challenging match with a worthy opponent. I thought solid beat flashes of brilliance in today’s match.

But I’m glad that I won’t have to choose who to support in a match between Coco and Johanna, not this year at least.