After the last thread was closed due to complete apathy including mine I’ve had to start a new one.

Squads are being announced and sadly both Martinelli and Jesus are included in the the Brazil squad and Tomiyasu in the Japanese I just hope all our players come back intact.

I doubt they will be there long enough to do otherwise.

I see they even picked Dani Alves the footballing OAP over Emerson ‘Chicken’ Royal from The Spuds.

I hope Jesus scores an own goal in the run up to Christmas. 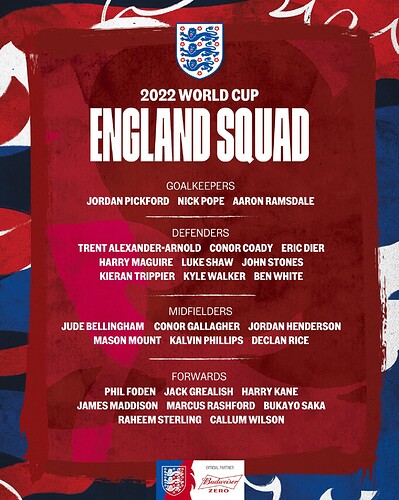 Difficult. Think defence might be a bit light. Would be nice for Bellingham to show his class, Maddison might do well lot of ifs and buts at least should beat Iran

Argentina for the win. Messi Golden Boot.
There.

Well we’re only 45 mins into the tournament and opening game but I’ve even more puzzled by the late decision to ban alcohol sales inside the stadia. On what I’ve seen so far I would have thought that for games involving the host nation the Qatar officials would have made alcohol consumption compulsory …because Qatar look sh*t!

And what was that VAR all about for Ecuador’s first disallowed goal??? Anyway at least there is one thing the Qataris can’t buy a decent squad.

Not sure they are that good.

Just a tip. Watching the first game. If you go to the iPlayer you can watch live in UHD. Hopefully this will be the same for the England games but it is first come first served as sometimes there is limited capacity. 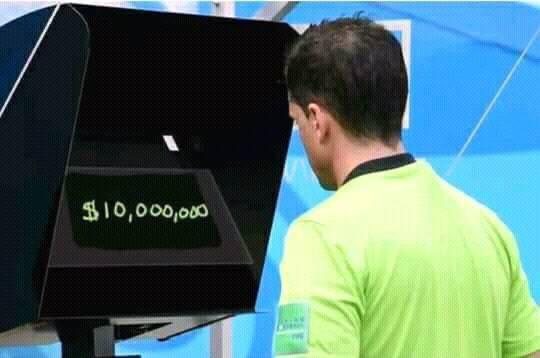 The BBC are showing the majority of games in UHD, and it looks great. Only downside is there’s a slight delay.
No such joy with ITV though.

Though I think there’s an oxymoron in that sentence somewhere.

Now to England, I’m sorry to say, but I think we are going to seriously struggle to get out of our group. (A true viewpoint)

Personally, I think it’s due to too many Arsenal and West Ham players in the squad. (A Spurs viewpoint) …

Yep those Arsenal players God only knows why Southgate picked them.

Bukayo Saka is the youngest player ever to score two goals in one game at a World Cup for England.

Really? I was reminded of Norwich City at our best…

You mean Iran reminded you ?

I think I asked for that!