Aside from the fact he denied a clear goal scoring opportunity

Good to see the ref playing the advantage game and not getting fooled by cheap penalty tricks. He probably could have scored from there instead of falling over, terrible.

Only seen some highlights, but Wales were lucky to get Nil.

The Spuds have taken Brazil’s No9 who is breaking scoring records and reduced him to a sniveling, snarling sulkypants who can’t score.

Aside from the fact he denied a clear goal scoring opportunity

There was Welsh cover which is why I assumed he produced a yellow card but when I saw the replay it was a clear red.

Both Iran and the USA appeared incredibly fit - were Wales feeling the heat or just too old and slow?

As he was effectively the last defender there would have needed to be cover from two other players wouldn’t there?

One of the Welsh defenders went behind the keeper as the latter tackled the Iranian player and subsequently took the ball - hence a yellow normally but the tackle itself was a red.

The two player issue is only relevant in an offside situation.

Sad end to a long wait for Wales but I think they peaked in the Euros.

Typically the goalkeeper is in his/her area, a defender brings down the attacker through on goal which is red unless there is another defender there to cover, i.e. 2 players to defend a possible goal being the covering defender and the goalkeeper.

In this situation, the goalkeeper has left his area and is therefore no different to a defender; with only one other player covering, i.e. 1 player to defend a possible goal.

Why would it be any different if it’s the goalkeeper making the tackle outside of his/her area? Maybe it is but I don’t think it should be.

To be fair, he was a bit like that at Everton.

What was wrong with Ecuador’s goal, the goalkeeper was not obstructed?

The Dutch are getting bullied around the park and can’t get going, they need Edgar Davids to put his shorts on.

Good point - I don’t know the exact wording of the rule but the ref initially gave a yellow card which suggests that he deemed that the Welsh defender was in a covering position and that was enough. He only gave a red card when VAR showed him the keeper’s challenge.

If anyone can clarify, feel free to contribute

Foden out, Foxton in 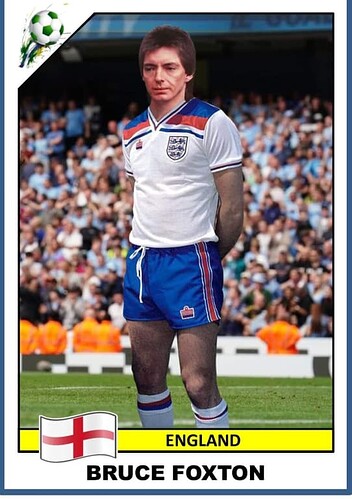 Blimey, so pedestrian. France, Spain etc. must be looking at this and laughing themselves shtless. Just absolutely zero flair, style, personality, soul, guile, wit or intelligence.

Looks like Saka has had his 15 minutes of fame in the Iran game. Now he’s back to Wheeltappers League form.

Jamie’s right. No urgency. We are soooooo slow at the back. Lifeless. We are not pressing enough when they have the ball too. Maguire has been really poor.

This, absolutely, whereas USA come streaming forward with quick, accurate passing, and, to be fair, have been the better team in the first half.

Even Southgate said we are better when passing quickly so why on earth are we playing at snail’s pace.

Because all England had to do was prevent the USA from getting more points than England. Look at the table. Ask yourselves, who has the more “difficult” final game? 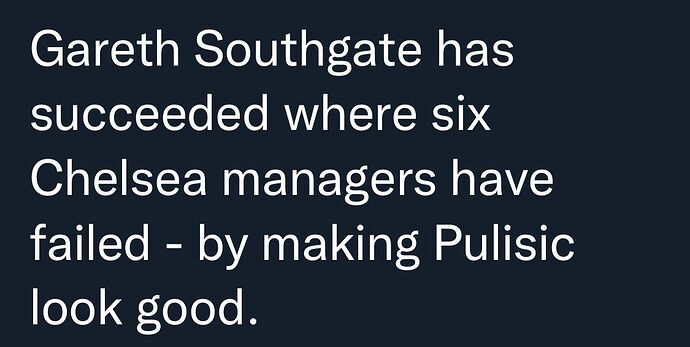