(Because this cr@ppy forum software does not understand “LOL”)

Too many players were rubbish today. Saka almost zero service from Trippier, who was poor and Maguire was one of our best players.

You could see at the end, Southgate was pleased with that.

I fully understand that football is, as the cliché goes, a “results” business, and that tonight’s result puts Engerland in a strong position to proceed to the next round.

Yer man Gareth, in the post match interview, seemed happy, and, to quote him, “job done.”

What a yawnfest from England, a team packed with superstars, who seemed incapable of putting two passes together, whilst USA played as if they were aware that football is, surprise, surprise, a TEAM game.

Personally I’d go for Grealish on the left & Saka on the right.

But as usual, YMMV.

If we are pinning our future hopes on Foden, we are in a sorry state. A decent player but…

And what about Tyler Adams, Dave - best player on the pitch, he was everywhere. Maybe we should buy his midfield buddy Musah too! 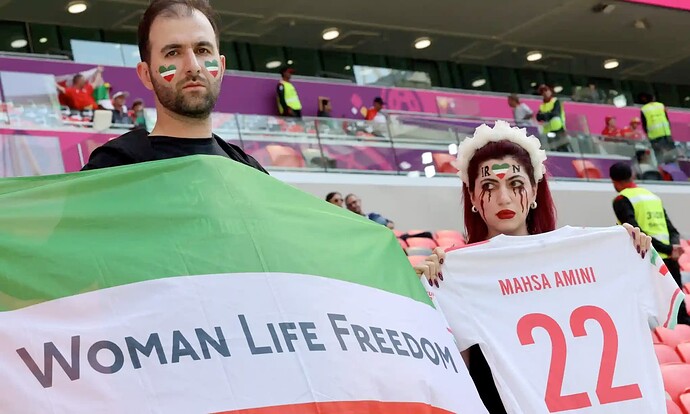 Our man Tyler, MoM for the second game running … … … yer quite right, let’s have Musah, and, for that. matter, McKennie.

It’s all going a bit Thanksgiving Day at Elland Rd. these days … … … but, considering what’s already taken place up the road at the Barcodes, and what seems to be just around the corner at The Theatre of Dreams and Scouse Central, then why not?

It’s all going a bit Thanksgiving Day at Elland Rd. these days … … … but, considering what’s already taken place up the road at the Barcodes, and what seems to be just around the corner at The Theatre of Dreams and Scouse Central, then why not?

I wish some of that could find it’s way to the South Coast.

Horrible from our side. Ecuador while in theory nowhere near our quality was simply putting in much more effort and we were lacklustre. They won every duel and second ball.

I explained the England situation half a dozen posts ago. The same applies to the Netherlands. Look at your position in the table…….and who you play next.

The difference with the Elland Road outfit and the USA is that there are plenty of goals in our team, we just need two decent centre backs. Jesse and Victor - I hope you are watching the WC and have your cheque book ready!

I’ll have some of those Ecuador guys too while you are at it.

Yes his demeanour was the same but he still scored 53 goals in 152 appearances for Everton.

I had had a hard day at work and had just eaten after having a couple of beers but during the second half of England v USA I actually fell fast asleep.

Southgate will be happy though because of our goal difference because isn’t the the only way we don’t progress is if Wales beat us by more than six or have I missed something?

Wales would have to beat us by 4 goals

As someone who doesn’t watch much football, if I was asked to attribute player valuations based on yesterday, the top 6/7 would all have been for US players. I thought Bellingham was the ‘next big thing’ but England’s midfield was statuesque, and someone needs to give Sterling a right boot as he was, not for the first time, wearing 2 left ones (when he wasn’t in hiding).

England need to play at a consistently high level to win a World Cup, that means playing each game with a view to win, just like if they were playing in the Prem. Consistent team rhythm with the objective to win games. It will be the only way they will beat teams like Spain, France or Brazil in the later stages because confidence and football rhythm will be high.

I don’t understand what benefit dropping performance levels achieves simply because you have three points in the bag. There’s no guarantee that you will get away with a draw anyway. Seems to me far more risky in both the short term and the long term. Very frustrating.

Ok that’s enough about England and Wales, Aussies one up Tunisia.

Yes, but under the cosh a bit at the moment.
Their forwards don’t seem able to hold on to the ball to give their defence a bit of a break. They can’t keep letting the Tunisians continuously attack. It rarely ends well if they do!