So the Euros are done but because of COVID we have a World Cup in just 14 months with qualifiers starting soon.

So what are your thoughts?

My thoughts are that Qatar is a terrible place to hold a world cup.

One might think that factors other than football itself may have influenced the decision to play the World Cup in Dubai. In the summer…

Next English qualifier is against Hungary on September 2nd.

We - the Dutch - won’t qualify. It saves us a lot of terrible television, football players mumbling something about human rights et cetera.

The only little ray of light for us is that Frank de Boer - the manager - has resigned.

Are any games being played in Dubai? I thought it was all in Qatar. Qatar and the UAE only resumed diplomatic relations this year so sharing the tournament would have been high risk.

Tbh I have no idea and even less interest.*

From what I remember of the selection process at the time, I suspected the presence of substantial brown envelopery.

Personally I thought the European Championships where excellent from start to finish as was the Copa America which ended in a 1-0 final win for Argentina over Brazil so I’m really looking forward to the World Cup next year.

I couldn’t care less about the World Cup 2022.
First World Cup I will skip in 48 years. It is held in a giant sandbox where they dumped a couple of stadiums that will be used only for the tournament. Most Qatari can’t tell a football from a skippyball and are probably more interested in camel racing. No history in football whatsoever. Only reason it is held there is because some filthy rich sheikh with too much money and too little to do wanted to pull a stunt and paid the corrupt FIFA board a sh*tload of money.
First time that I hope my country (Netherlands) will not qualify. In which I have no doubt they will not fail me. Glad when this whole charade is over and we can move on to the qualifiers for Euro 2024 in Germany.
Rant over.

I don’t think the shareholders in Carillion (failed UK construction co.) are impressed with Qatari business practices as, according to Carillion’s management, a lot of their work in building the infrastructure wasn’t paid for (>£200m) - a not unexpected event given how things can go in the ME.

I was extremely happy to see De Boer resigning.

Fantastic footballer though great passer his pass to Dennis Bergkamp (my all time footballing hero) to score that goal against Argentina was breathtaking. 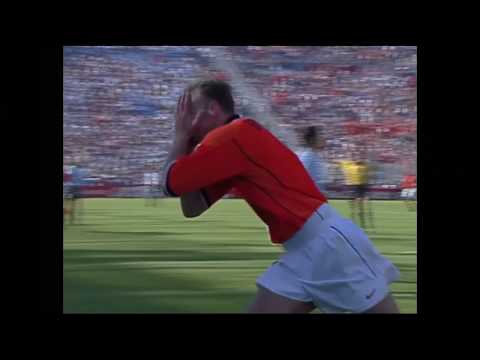 Yes, De Boer is a nice guy and was a great player but somehow you know that as a manager of the national team it is not going to work.
Now van Gaal probably takes over and will be doing the World Cup qualifiers and maybe,if by some miracle they do qualify, the World Cup itself.
And after that? Who knows,maybe Koeman again. Barcelona is more or less broke so Laporta can’t sack him,but after this season Koeman is gone.
If not Koeman maybe Bosz or Ten Hag. We’ll see but the Dutch FA is not particulary known for having a good hand in picking managers for the national team.We’ll see.

My favourite player too, Bob! It was a joy to watch and I find myself still watching Bergkamp / Henry yt vids.

How much would I have loved to see a player like Beckham in your current national team.