Here’s what has happened:

Downloaded a high quality WAV file that came as a bonus with a purchase of one of the McCartney Archive editions (Flowers In The Dirt). I moved the downloaded files into the appropriate folder on my NAIM Uniti Core. When I open the album on the NAIM app, the tracks were all out of order. I imported the files into Metadatics and made sure they were all ordered correctly and all of the metadata was correct (ie track 2 of 11, and so on…). I deleted the old files from the Core and re-loaded the corrected ones. Still, the tracks are out of order on the app. I have also opened the actual album folder on the Core (from my computer desktop) and the tracks appear in the correct order there. It seems to be an app issue?

Any help would be appreciated. Thanks!

If these are still WAV and in the downloads folder then the Core/app may not be reading the metadata. What do the filenames look like?

I imported the files into Metadatics and made sure they were all ordered correctly and all of the metadata was correct (ie track 2 of 11, and so on…)

Were they incorrect to begin with or did you just confirm that they were correct? If they were first incorrect, the Core might still have the old information cached somewhere - is there a way to force it to refresh? (E.g. in Roon there is a button to rescan an album from scratch, for cases where Roon does not notice a change) 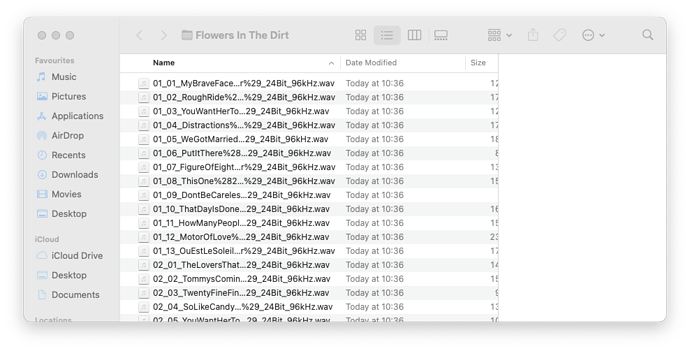 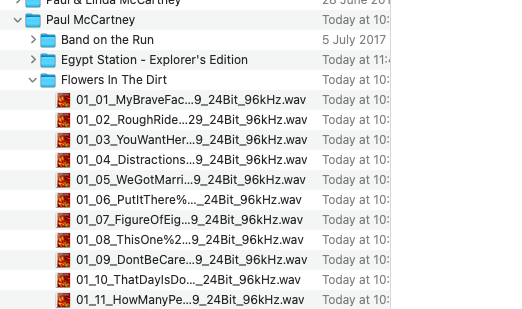 But I am grasping at straws.

@Paulie1 - this happens to be a lot as I buy a lot of concert downloads which in CD terms straddle 2-3 CDs. The way I resolved the problem so that all the tracks play in the correct order is to take the files into a metadata editor (I use Tageditor on a Mac) and then I change all the Track Numbers so that they are in the correct sequential order. In the attached screenshot you can see what I mean. I also change the Disk Number to be 1 for all Tracks.

I hope that this helps?

That did it. Much appreciated.