Regular readers will know that I have had intermittent reception for a while on my beloved NAT05. In earlier forum discussions IIRC phrases like vernal equinox and Appleton layer were mentioned.

The reality turned out to be more prosaic.

Today an FM aerial installer has examined the four element yagi on the roof of the managed block in which I live. He also checked the signal in my flat and found it low. His diagnosis is that after twenty years, the whole lot is now so corroded it needs replacing. Just as forum old hands suspected.

No doubt there will be a discussion as to exactly who pays for it! I will keep you posted.

It’s good going if it has lasted 20 years… VHF antennas tend to get a lot of buffeting because of their size and therefore wind loading.
I hope you get it sorted… but it shouldn’t be too expensive to replace…

Thanks Simon. I’m just relieved that it was not some intermittent fault with my NAT05 all along.

Stewart the aerial installer said he, ‘had a dipole on the van.’ But I wanted like for like. I just felt there probably isn’t a better example of source first in the Naim world. First feed your NAT with a top quality signal.

(edit: quoted price not too bad).

Yes, is the antenna feed split? Or is it dedicated to your tuner… if it’s passively split, then best use a Yagi over dipole as you will benefit the higher output.
Also if you have other buildings and structures close by, a Yagi can reduce reflections thereby usually giving better lower noise stereo. Downside of Yagi over dipole is that it’s more directional so a narrower beam of stations are received well… but if that is what you are used to, it shouldn’t be an issue.

The existing yagi is dedicated to my NAT. There are other tall buildings nearby. I’m in south Hampshire.

Having discussed it with Stewart, the stations I listen to all come from Rowridge as @Mike-B said years ago. Radios 2,3,4, Classic FM and BBC Radio Solent (for when Saints are away). I’m happy with those.

So Chris, will it be a simple but effective four element job (£40 from Blake Aerials) or are you going the full Ron Smith…

Yes, but will the landlord/managing agents want to replace it ?

The cost would be added to the service charge

There will be no Ron Smith! 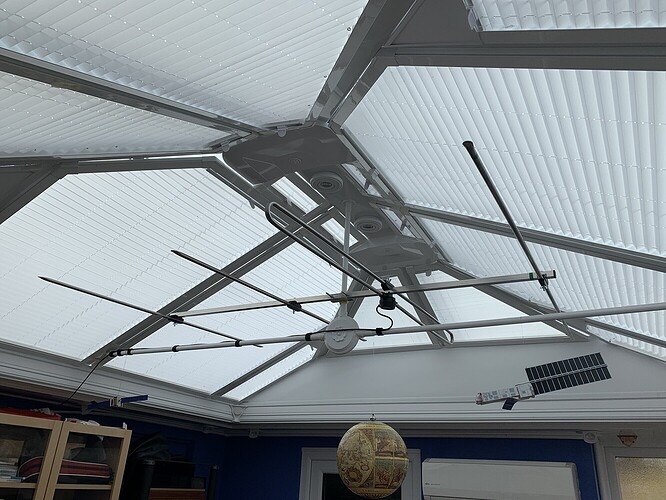 Nope! It’s going on the roof or not at all!

Ah, not in the lounge then…could have been a “feature”, or “talking point”…you know “breaks the ice at parties…”

You could dry your smalls on it too.

Is that a model of Envisat to the right ?

I hate to say it, but that antenna is going to work better as a clothes drier than an antenna, assuming those roof supports have steel in…

VHF Yagi need really at least 1m of feee space around, optimally 2 metres, and ideally no metal structures in the same polarisation plane in the vicinity… unless end mounted.

If space really is a problem, you might want to consider alternate designs like a dipole… you get better performance with far less metal work in that setup… unless of course that antenna is simply strung up for storage in which case perfect

the stations I listen to all come from Rowridge … Radios 2,3,4, Classic FM and BBC Radio Solent

Rowridge coverage from its 250kW on the BBC’s & 100kW Classic FM stretches up to the Hants/Berks border.
Radio Solent is only 10kW but even that has a pretty good coverage 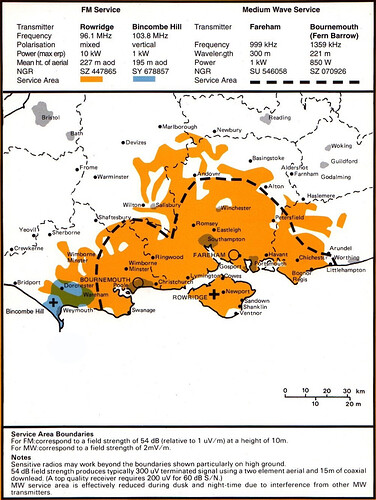 It was intended to be a temporary affair - I’d bought the mounting brackets for outside, but then the pandemic buqqered things up, so I lashed it to the central strut in the front conservtory. It then followed the 80-20 rule…“the job is 80% finished, and the remaining 20% will be completed some time in the future”

But it works pretty well, considering. I think the roof struts are aluminium rather than steel.

The NAT05 is a big step up on the 03, though, and pulls in more stations even in it’s current configuration. Whether one needs/wants the stations other than R3, R4, ClassicFM & Solent is a debate for another day.

For those who understand such things, Stewart, the installer, measured a 65-70 dB gain at my aerial socket in the living room. More to the point my NAT05 sounds fantastic, far better than I have ever heard it before.

And thank you to all who contributed.

Seems I may have been a bit previous. I’m sorry to say that my new aerial has not solved it entirely.

I’m getting more stations than before (in stereo). But every so often the red stereo light goes out, there is a little squeak, and I get mono, then stereo comes back. Sometimes there are little volume changes as it does so. It’s intermittent. But it spoils listening.

Looking back at my emails with Naim from a year ago they did advise that, ‘it is possible that that some of the settings in the RF front end may have drifted off. We do recommend that Naim products are serviced every 10 years. This is especially true for units like tuners.’

So today my 2002 Philips head NAT05 has been boxed and taken to my dealer so that it can be sent to Salisbury for a service. I’ll let you know how it sounds when I get it back. Going on my experience of having Naim gear serviced by them over the years, it will be better than new. Hope so!

Edit: The 2m of coax from the skirting board socket to the back of my NAT is also new.