What are your favourite 2021 jazz albums ?

Featuring Sons of Kemet, Pat Metheny, Rosie Frater-Taylor, Julian Lage and more, all of these outstanding albums were reviewed in the 2021 issues of Jazzwise and all were selected as Editor's Choice 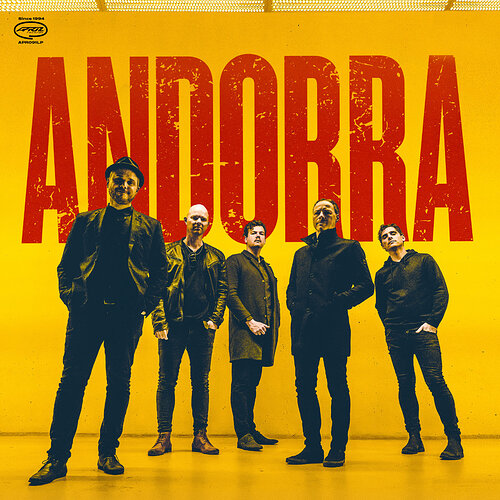 « Andorra members are all educated at the Funen Music Conservatory, and it has for a long time been a wish for all members to gather again for a common love of music. During the last years corona lockdown, the opportunity arose.
Since the time of the conservatory each of them have developed in all musical directions, but it has now resulted in a beautiful collaboration with great genre versatility which is expressed in their distinctive and grandiose sound.

Mads La Cour: Award-winning trumpeter / flugelhornist / cornetist. Employed in the DR Big Band as the 4th trumpeter. MLC is a very versatile musician and has with his own group “Almugi” released the records “quartet” and “Hule”. Received the award as Funen jazz musician of the year in 2007 and was awarded the P2 jazz award the same year. In 2009 he got a Danish Music Award for his debut release Mads la Cour “à la Cour” as the new name of the year.

Morten Jørgensen: Educated musician at the Funen Music Conservatory with a major in electric bass. He plays regularly with The White Album and Søren Huss.

Simon Krebs: He is a graduated guitarist from the Funen Music Conservatory and has two critically acclaimed albums in his own name with original compositions and arrangements - ‘Blur’ and ‘Please Don’t Feed The Fears’. He has also recorded with names like Anders Mogensen, Julie Berthelsen and Tomasz Dabrowski. Received the award as Funen’s jazz musician of the year in 2009.

Peter Kohlmetz Møller: Danish composer, pianist and producer living in Svendborg. Educated at the Funen Music Conservatory. Known for his genre-twisting work on synthesizers with The Eclectic Moniker, his compositions for Danmarks Radio’s documentary department and his work as a composer in many theater performances, including at Teater Momentum, Edison and the Royal Theatre
Copenhagen.
crédits
paru le 12 novembre 2021

A wonderful tribute to Herbie Hancock from the 70’s, and some original touch.

« Favorite Recordings proudly presents Deux, second album of French Jazz-Funk quartet Aldorande. In this new chapter, the four explorers pursue their interstellar trip on the Aldorande planet, deploying their ever deeper love for the 70’s Jazz-Funk & Fusion scene. Extending their first visions of this new world, the bigger-than-life arrangements of this second album reflect again their high attention to dramatic narrative schemes, breezy Brazilian vibes, tempestuous funky grooves and strong cosmic melodies from outer space. Classic and contemporary at the same time, Deux is built for the like-minded souls still looking for the perfect beat.

Twisting time and space but never forcing the groove, the band dives more profoundly into the Cortex influence of their compositions, with intense female back vocals fitting perfectly into their cinematographic vision. Like a cry in space, could these esoteric incantations be heard by Aldorande’s divinities? Or will they be more impressed by the super-tight rhythm section with its bangin’ basslines or an irresistible blend of drums and percussion? In the end, they probably would have to surrender after hearing the infinite echoes of the synthesizers and horns reflecting in the atmosphere. Deep and thoughtful, the travel has only begun but it seems that so much has already been experienced. Breaking the code, they opened the gates to a rebirth. One that could be only accomplished by finding the “Pierre des Mondes”, deeply buried somewhere on Aldorande - the only key to solve the riddle of the groove. Mission accepted. 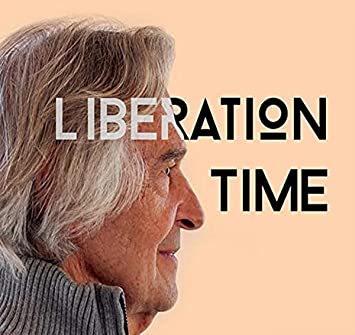 All about jazz review :

«
Perhaps the biggest success of Liberation Time is that its title feels sincère and not ironic. Such a sentiment could have easily come out as a cute bit of wishful thinking under the restrictions of pandemic life. Being who he is, though, John McLaughlin inevitably finds the value and positivity even in this strange state of affairs. “The wonderful thing about music is that you put the headphones on and you are all in the same room,” he says in regards to the newly-standard modus operandi of virtual conference calls. Even if that’s not literally true, the chemistry among this crew of friends is thankfully undimmed by distance.

Of course the closeness is partly due to the long working history of the 4th Dimension band of Gary Husband, Etienne Mbappe and Ranjit Barot. As a silver lining to the circumstances, though, McLaughlin takes advantage of the remote-recording method to include a handful of collaborators who might not have been available otherwise. His romping guitar and Husband’s keys are joined by a different rhythm section on the cooking opener “As the Spirit Sings”; Julian Siegel’s sax adds some extra bebop flavor to the intricate rock-fusion jam of “Right Here, Right Now, Right On” while an entirely different backing group flies through the quick changes.

Alongside the core quartet’s jamming in spots such as the jaunty “Singing Our Secrets,” or the too-bright-for-its-name “Lockdown Blues” (spiced up with some playful Indian konokol scatting while they’re at it), the guest tracks manage to feel all of a piece with the overall program. The leader’s uplifting spirit unifies the music and the cast as much as his voice on the guitar does. His fleet juicy fretwork is inimitable as ever, often still tearing through these fun licks at whiplash speed, surprisingly complemented by a couple of contemplative interludes featuring him at the piano—another addition that probably would not have happened in what we used to call ordinary circumstances. Even if it can’t quite hit the incendiary highs of [Live at Ronnie Scott’s this is a sharp-cooking session radiant with liberating energy and hope for the future. »

A live recording of Mathews excellent Salute the Sun from 2020.

Hi FR I’ve been holding fire as (based on a couple of streams) my best of is not out until next week but likely to be:

Otherwise it’s been a year of great reissues the best of which is the stunning triple:

Best of the Rest:

Should have been contenders but fell short: 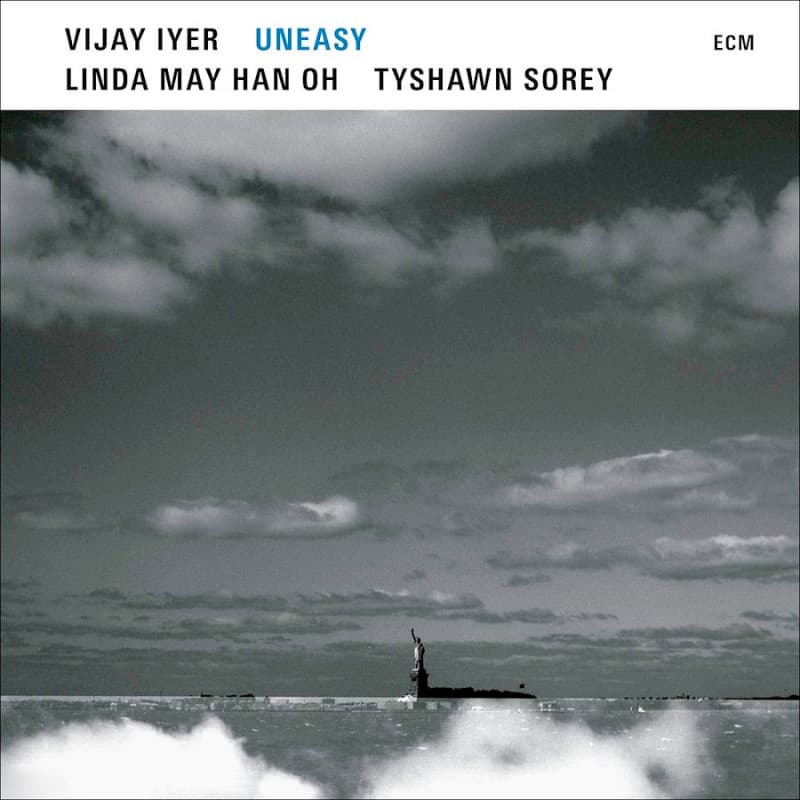 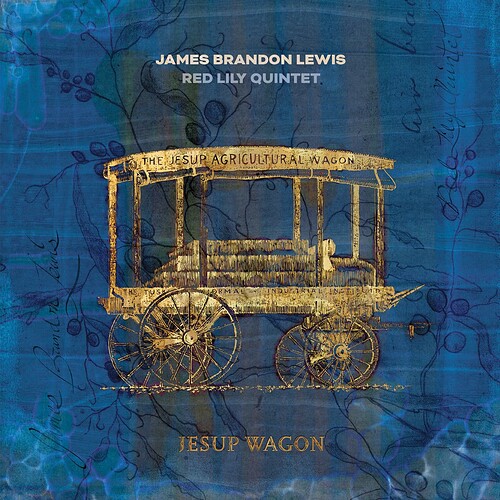 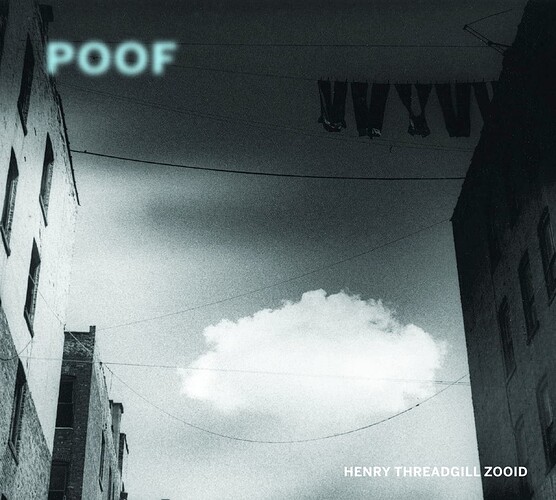 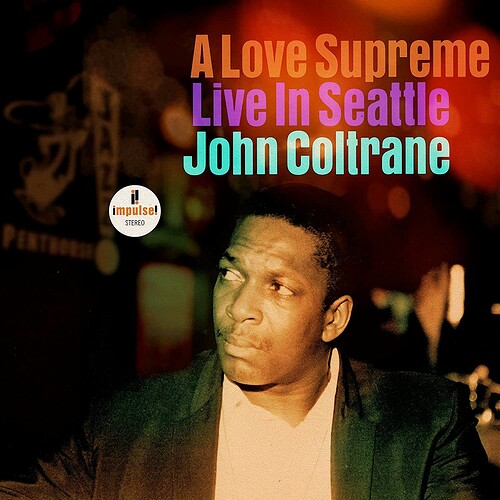 You’ve listed my favourite of the year, Maestro Mahavishnu John McLaughlin. Some time ago John was complaining about arthritis in his fingers. However, by talking to his fingers and telling them how beautiful they were, the problem has gone away! You’d never guess he had any such problems from his playing on Liberation Time, where he still commands exceptional speed and fluidity. He is such a genius. I’m hoping to see him next year, when he’ll be 80.

Yes, he is outstanding. I have less interest in his debut 2000 albums but since some years I enjoy him a lot, as during his Mahavishnu years.

Will give it some thoughts in the coming days, I will have sufficient time before the new year to come up with some suggestions……while I guess that Uneasy of Vijay Iyer will at least make the cut…

Just about everything put out by ‘Jazz In Britain’ and the R&B Records Jazz reissues over the past 12 months gets my vote. 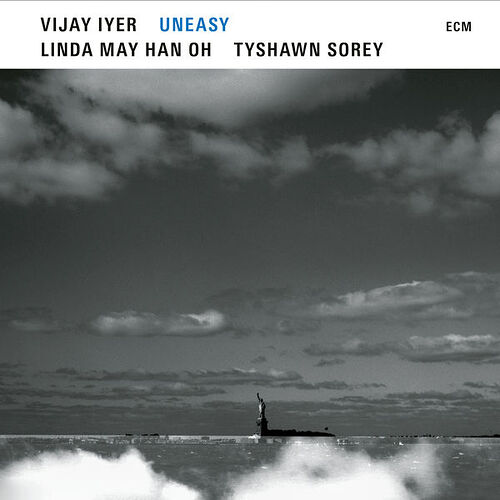 The flowery one is from Gretchen Parlato - Flor 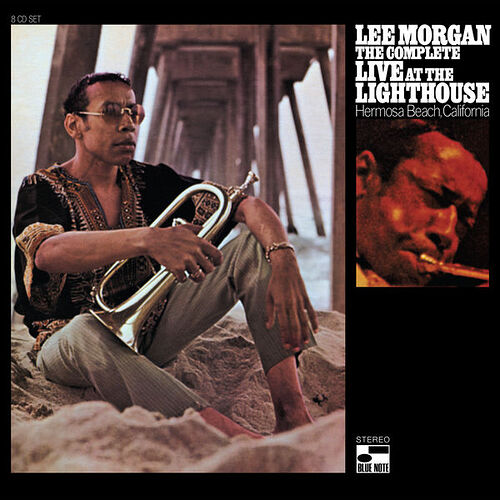 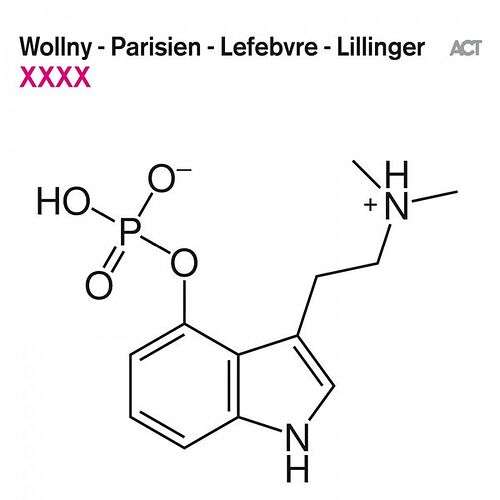 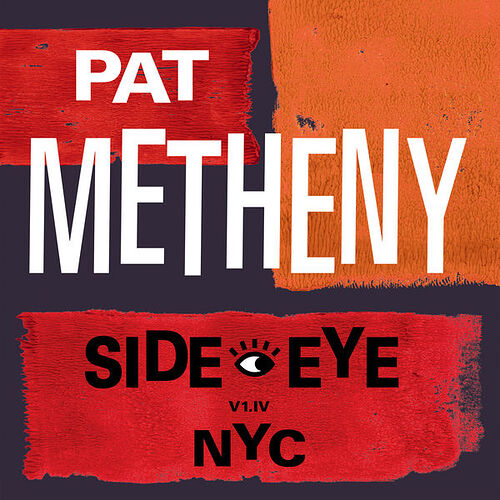 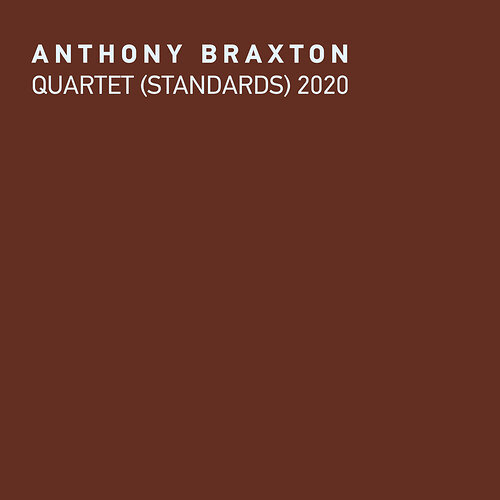 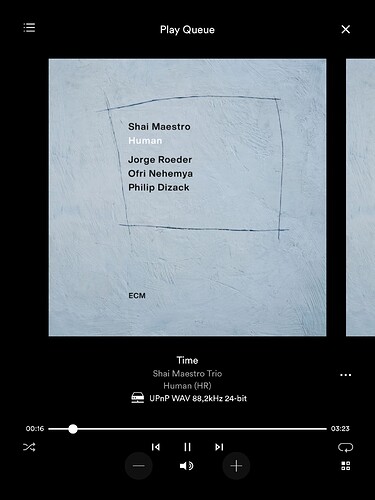 Sorry for the 2nd publishing of Shai, I could have selected more albums…, for instance the 2nd one of James Brandon Lewis. And the one of Dave Holland or Chick Corea, while that one would be more sentimental as it’s not up to the level of the Trilogy Albums…

Thanks for sharing. I bought only the Pat Metheny in your list. Have other Nik Bartsch. 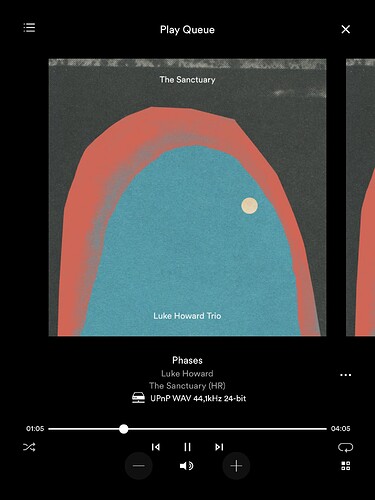 Give this also a try, on Bandcamp…

I enjoyed this album a lot. I will explore my library for more choices. 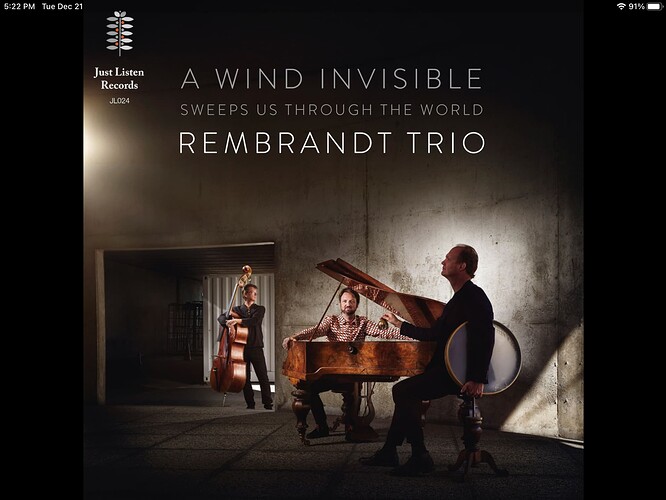 This is my album of the year. 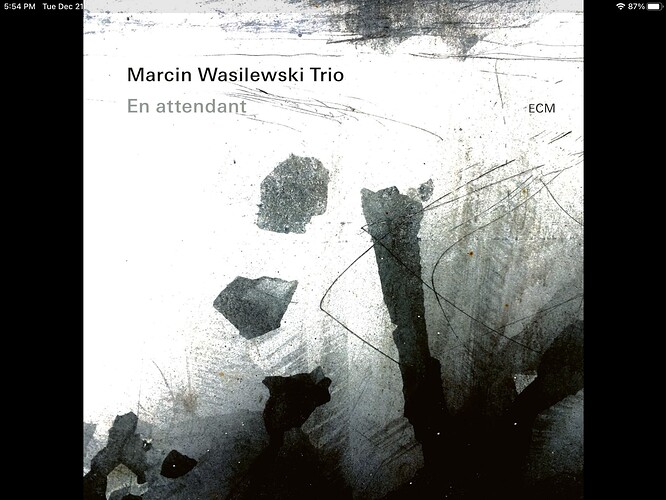 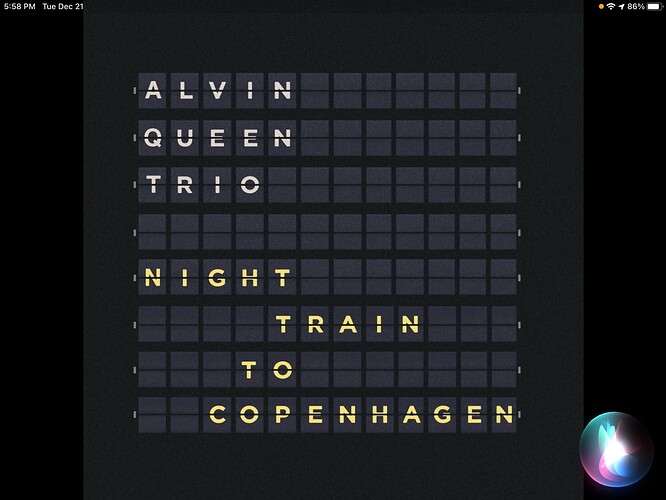