I have really enjoyed the ‘What are you listening to…’ thread and have found lots of new music to research. So this got me thinking, what music are you using when auditioning gear or speakers?

Some of my go to music includes:

Two of many:
Kruder & Dorfmeister - Bug Powder Dust dub remix, for the bass
Al Green - Love & Happiness, especially for the foot taps at the beginning

Tend to take whatever I’m listening to at the time as it will be familiar and fresh. Have a few regulars though.

Tony by Patty Griffin
Baby Mine by Bonnie Raitt

Crash-Dave Matthews Band,has subtlety and dynamics as well as just being a great track !

I don’t audition stuff frequently enough to have a preset list of audition tracks, so I have no specific I do use music that covers the range of my taste so I would include heavy rock, prog rock, opera, orchestral, chamber and solo piano. Within that I ensure that the selection includes some solo piano, solo human voice (baritone and soprano), something complex, something with deep bass, and something holophonic.

One thing that maybe I do wrong: I only use music that I know well - which of course means music I like. As a result it is all too easy to get drawn into the music and forget that I’m supposed to be evaluating/comparing. Maybe the answer would be to deliberately use music I don’t like, while meeting the above parameters…

One thing that maybe I do wrong: I only use music that I know well - which of course means music I like. As a result it is all too easy to get drawn into the music and forget that I’m supposed to be evaluating/comparing. Maybe the answer would be to deliberately use music I don’t like, while meeting the above parameters…

Just Enjoy The Music, The Why!

The How will always be displayed on the next thread!

PS. If I could only find that piece you done 3 or 4 years ago! Beautiful!!!

I mostly audition at home before I buy anything. I just integrate it into my system and play music I like, and that varies a lot. After listening for a while I remove what I’m auditioning and see how much I miss it when I play music again. The exception to that is for obvious/significant improvements – like adding the XPS-DR or SuperCap-DR I just did. Then I just watch as my wallet levitates from lack of mass.

I always think with auditioning you want the system to reproduce any part of your music collection without particular reference to sonic qualities. So I just take along a representative sample.

I don’t have any regular demo tracks either, but I was just listening to this gem and thinking it could be a great album to audition a system with, especially for the concept of PRAT. So many instruments, all playing at a million mph that it’s a challenge to your system to be able to pick one and try to follow it individually. More importantly, can the system ‘deconstruct’ the ensemble in this way, yet still retain that ensemble and let you know exactly why it all makes for such infectious, scintillating music. Bluegrass isn’t for everyone, and it’s not something I often go to, but I think on the right system, anyone would be able to understand why Bluegrass musicians love to do what they do. Tony Rice 58957 The Blugrass Guitar Collection. 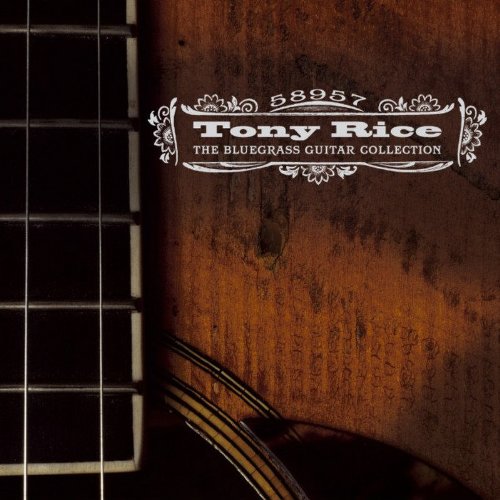 I used to have “audition standards” which were albums and/or tracks I knew (or thought I knew) backwards. I knew where things started and stopped. Where things were in the mix, etc…

It didn’t evolve much down the years because my all time favourite standards remained the same, give or take. I haven’t done this in ages. Whenever something arrives for an audition (which is mercifully rare nowadays) it just gets fed whatever was playing when it turned up. Over the course of the audition I will feed some favourites through, but I would likely have done this in the course of a week, month or week end of listening to the system, in any case.

If I hear something at the dealer I tend too concentrate more on the musical presentation than the subjective abilities of the HiFi equipment. If my ears and musical memory were ever a reliable substitute for technical measurement equipment (unlikely) they sure as hell are not any more.