Just spotted this pop up advertised on my feed.

Looks really nice, and I love the fact they call it a “Record Player”

Hopefully they sell by the truckload….

…whatever next… H&M selling Reel to Reel, and Primark selling Valve Phono Stages…?

I know, I’m being pedantic.

I call my Rega a record player. It plays records. It’s like a CD player plays CDs. Zara Home sells allsorts, so a record player is not really surprising.

Haha yes, I call my LP12 a record player too.

A turntable requires external amp and speakers whereas a record player has them built in. Much the same as a cd transport needs a DAC, whereas a CD player has it built in.

At least it’s something sensible from AT, not the usual no name crap you get in non-audio stores. (All based of the same “platform” it seems)

A turntable requires external amp and speakers whereas a record player has them built in. Much the same as a cd transport needs a DAC, whereas a CD player has it built in.

I’ll join you on the pedantry.

Touraj from Xerxes/Vertere calls them record players. That’ll do for me!

Oooops - realised that posting the link to the Zarahome site is verboten.

It’ll hopefully entice even more people back to Vinyl. 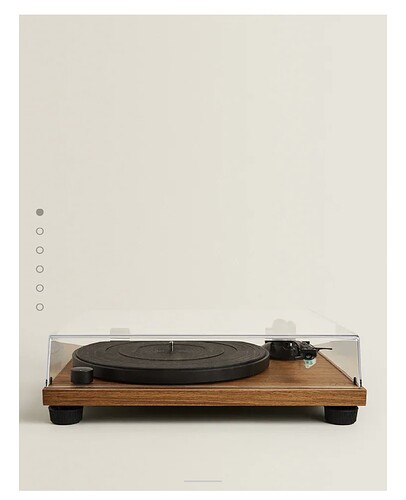 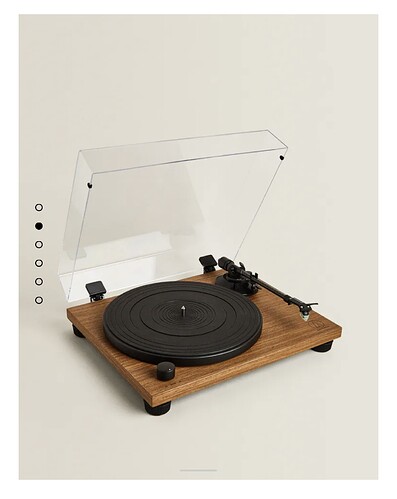 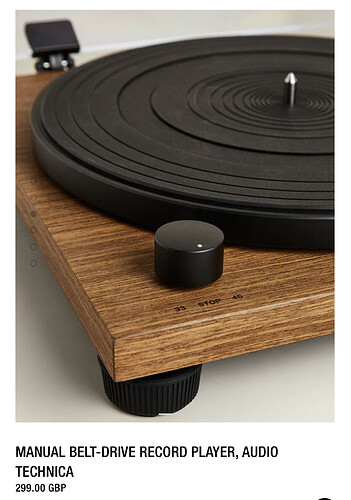 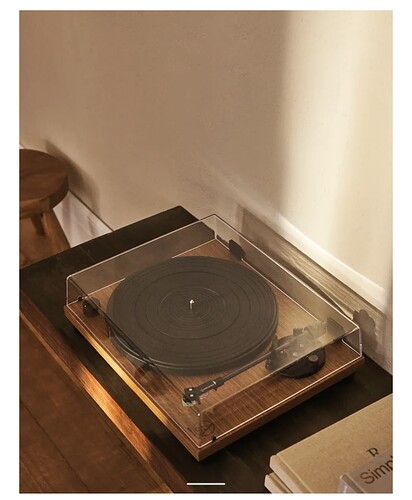 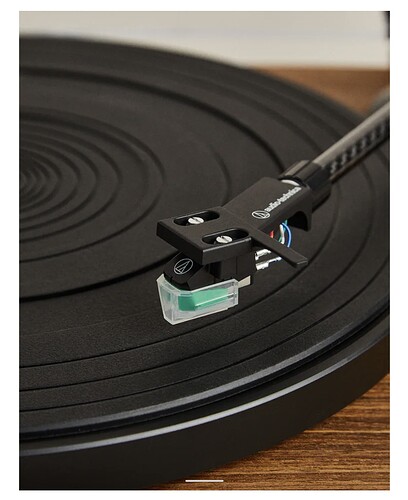 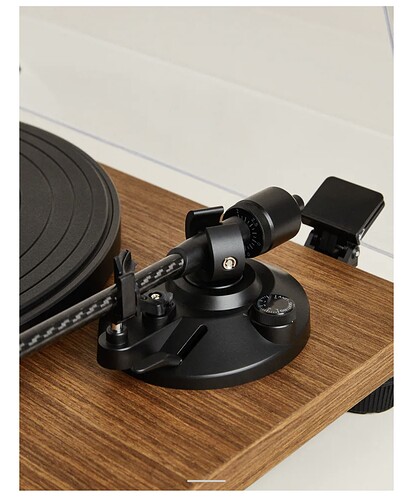 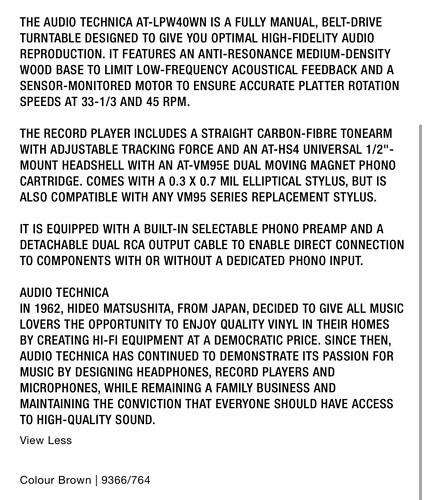 It does look like a proper turntable, not the plastic rubbish-in-a-suitcase that seems to be everywhere else outside of a proper hifi store.

John Lewis stock this model, too. Decent budget deck, and a nice add-on sale to Mu-so

Spend £45 more and you’re into Rega Planar 1 plus territory. Probably not available in Zara though.

Much like i refer to my ‘Stereo’ as a stereo, because that is what it does reproduce stereo audio sound.

I would not mention to my normal friends is that I have a ‘Name amplifier’, because that is what they would have thought I said. They would not have a clue what I was talking about.

You can find something like that too, in fashion clothes shops. 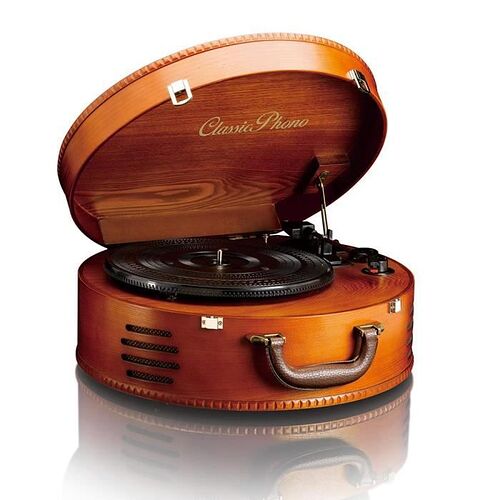 I think the great thing about the AT turntable Zara stock, is it’s a step onto the proper hifi ladder. Less sure the unit pictured is that - looks like something from QVC 😵‍💫😂

I think all of us here would - but that’s not what it’s about.

This is about some family going into Zara Home, seeing a cool thing that they’ve heard is making a comeback, and buying the first turntable they’ve ever owned. Then buying records from Amazon and realising what enjoyment they get out of the music and the hobby….

….and THATS when they possibly turn up here - and in their local record shop!

my youngest bought herself a crosley… and she loves it but its thin sounding and i hate to think what the shovel of a stylus is doing!. but i see it as a stepping stone to something better i hope…

Yes, I’ve always called the stereo ‘the stereo’. ‘The HiFi’ sounds wrong to me. We are not entirely literal though, as our fiddle leaved fig is called Palmy.

Yes, I’ve always called the stereo ‘the stereo’. ‘The HiFi’ sounds wrong to me.

It’s a tricky one.

I’ve used “the Stereo” in the past - but that sounds like I’ve got a music centre.

I’ve used “the Hifi” in the past - and to be honest speaking externally, this is what I use. I don’t like it though - sounds a bit 80s, but it doesn’t differentiate it from Sonos and Denon etc.

…the name Naim stuck through my using it, and also it being called that in the Roon App, so it’s stuck. Obviously not suitable for external use.

By the same logic we Internally refer to the LP12 as “The Linn” - which again, works for me! …externally I do call it “The Turntable”

Be assured, I would even not bought it for 50 euros. I found it accidentally . Can’t remember the brand.