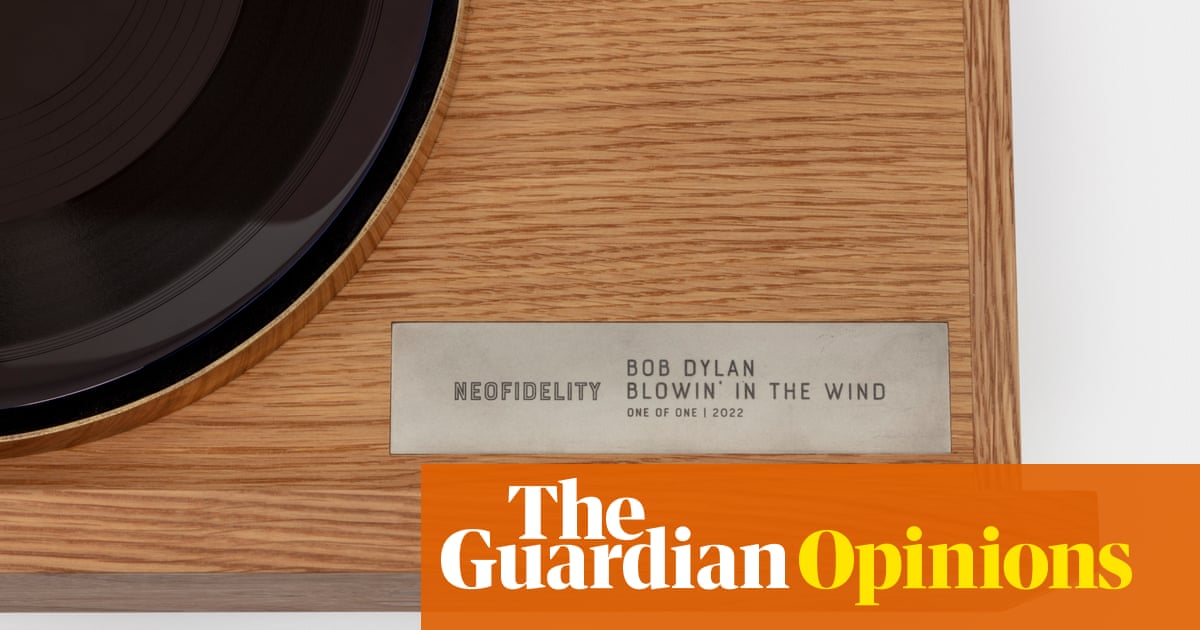 Bob Dylan’s £1.5m Blowin’ in the Wind vinyl is a bespoke insult to pop music

Bob Dylan’s £1.5m Blowin’ in the Wind vinyl is a bespoke insult to pop music | Bob Dylan | The Guardian

“On one level, it is pure grift, similar to the proprietor of a hi-fi shop trying to flog you gold-plated cabling despite it offering no audible improvement on copper wire.”

…and none of us here would be foolish enough to fall for that.

Well no more mad than so many other things,at least it’s tangible unlike NFT’s for example.

More interesting is the technology used for the record which I understand is a disc is made of aluminium, treated with a layer of nitrocellulose and coated with a sapphire and quartz gradient whatever that amounts to, but is playable on any regular turntable in theory.

Brilliant idea, well done Bob and T Bone. It’s nothing different from an original art piece and Bob does that too. Oh jealousy hey?

I’ll wait for it to be available as a 99p download.

They have not thought it out - they would probably make more money that way!

Is it mad, I guess we all have our own definition of mad.

Spending £50 on a slab of vinyl is certainly mad to some.

Over the past almost 60 years I’ve spent more than I could possibly recall on Mr D’s products, including limited edition signed prints, but I love the thought that I have a piece of “art” signed by that skinny kid who hitched out of Minnesota to New York in 1961 and changed popular songwriting forever hanging on my wall. That’s pretty mad I suspect!

I don’t really get what the fuss is about - people make luxury products for rich clients all the time. For me personally it seems a bit naff but I’m not the target market, I know it’s an iconic song but I reckon if Dylan had record a new work in this format it would be more worthwhile.

Understatement of the century! !!!

Certainly don’t want it to happen anytime soon but when Bob finally hangs up his pen the media and music worlds will go bananas…. Such a fabulous writer……