I’ve just started to listen to the 96/24 Remix of The Beatles ‘Abbey Road’, and in my opinion Giles Martin has done another very fine job.

Had a quick listen and I am impressed too. Wasn’t very excited about this because it was always well recorded and decent stereo takes, but the 24-96 definitely out strips the 24-44 from 2009 with some nice out takes

Yup me too, like MidnightRambler, just a quick listen
24/96 WAV from HDTracks (10% discount intro offer)
My old copy was the 2009 CD rip, with 24/96 & the remixed sound it was bound to sound different & yes indeed it did not disappoint

Likewise 24/96 from HDTracks and a gallop through.

I like the track The Long One with Her Majesty in the middle as originally intended. Also, Lennon’s comments are priceless - the bit before Sun King saying this won’t keep the Apple staff families going for the next twenty years. Referring to Ringo and George on Ballad of John & Yoko even though it’s only him and Paul on the track.

Plus the stuff that’s a given - Paul’s bass playing and Ringo’s drumming are brilliant.

Folk might be interested in the fact that, to celebrate 50 years of Abbey Road, BBC Radio 2 is launching a “pop up” station on DAB and online, called BBC Radio 2 Beatles.

Coincidentally , I managed to drive from one side of the Abbey Road zebra crossing to the other in less than half an hour this afternoon . No mean feat given all the tourists and selfie sticks

Funny just before I retired I took to walking the streets of London and one of the things I wanted to do was walk over the crossing at Abbey Road - That album cover is so misleading giving the impression of a crossing in the middle of a long road whereas it’s on a busy junction - I guess things weren’t that busy in 1969. I had to nip across quite smartish rather than the leisurely stroll I expected, otherwise I would have been remixed.

I think it’s hilarious watching everyone have fun taking pics BUT I don’t pass there too often, I’m sure the locals think differently.

Actually I read somewhere that the crossing has been moved since 1969. I guess it would be possible to confirm this by studying the album cover on location, but I have no reason to doubt what I read and, like you, I felt it was closer to the junction than I’d expected.

Seems like you may have encountered an urban myth there Clive.

Thanks for that, Andy. That seems most conclusive. QED.

Interesting listening to the Abbey Road tracks on Anthology 3 - wonderful versions of She Came In Through The Bathroom Window and Oh Darling. 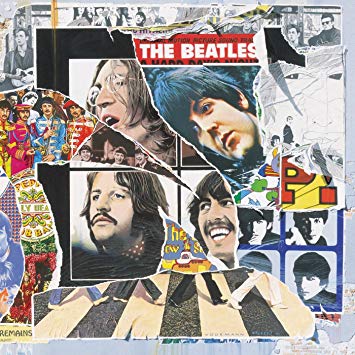 Yes streaming 96/24 from Qobuz via Roon into my Naim streamer and sounds pretty impressive to me… and a great album… great space around the vocals… really pop out at you… McCartney on Maxwell’s Silver Hammer is a good example. You can also really appreciate the guitar amps being recorded… which I believe will have been valve Vox amps… I Want You (She’s So Heavy) is a good example… First class

FYI you can stream the 24/96 on amazon high Rez

Now listening to the remix presented on the blu-ray and it’s far more revealing than the cd, which is to be expected.Just in case anybody does not know, there is a hidden easter egg on this disc.Select “Something” from the menu and then arrow right to discover the video for the song