Toying with the idea to go active but not 100% sure what extra kit would I need or how to connect it all up.

In my opinion, this is the Grand idea! Going active on SBLs was my best upgrade ever, only seconded by finding Mana Stands for SBLs… all you need is NAXO, Hi-Cap, and another 250. Then I got special cables from AVOptions to run 250s in parallel, otherwise use a better amp for the tweeters

Once done, I remember bitching about extra noise and distractions at LA Opera, but still had to attend because The Boss insisted… the joys of dressing up…

Thanks for the reply.

Never heard of running 250s like that! How are they actually connected?

It’s worth going for a SNAXO if at all possible - a SNAXO 242 best of all. The NAXO was progressively improved from each generation. Only problem is that a SNAXO won’t be “chrome bumper”…

Oh, and in addition to the extra NAP250 (you’ll need it to be as closely matched to the existing one as possible) and Hicap, you’ll need four identical runs of NACA5.

Active at its best and no expensive faff … job done!!!

Active SBL topics should be banned for obvious reasons.

for it is written ‘don’t lead us into temptation’.

Yay verily, and I confess that I was not strong enough to resist…

you can reduce a shelf when you upgrade to a Nac 72.

Listening to Bruckner currently on them and i.m.o their biggest quality is that they do bass so right. Not too much, not too less - every tone / frequency seems to be correct.

Back in the day Naim would do active a bit differently than other guys. So in a two way system, (SARAs, Kans, SBL), one amp did bass and treble for each side. Other brands, (yes there were others), would have one power amp for both bass channels and one for the treble. Naim were pretty insistent on both amps being the same. The idea was that as bass requires more power, the stereo amp would benefit by driving one bass driver and one tweeter.
Soldering up alternate leads would allow you to run one amp for treble and a second for bass.
Back then we all were learning, so the idea of say a NAP110 for treble and a NAP250 for bass made sense. I mean, how much power does a tweeter need.
I broached this with JV over a boozy dinner. I had triamps and in this set up, one 250 did treble and the other two 250s did mid and bass for the left and right speakers. Why couldn’t I just run say 2 x 250s and a 110 for treble?
He was quite witty with his takedown of my idea. But also ran the line that three amps the same was best, but if you must compromise, then one 250 for the treble and maybe, (but don’t EVER), go with a couple of 160’s for the bass/mid.
I never did any of this.

But running speaker cable needed some care with both two and three way Naim active.

Funny you should say that about changing to a 72. I’m in the process of upgrading my 32.5 with boards from Ryan Sound Lab. Reviews I read said that the boards upgraded the 32.5 to 82 standard. I personally haven’t heard a 72 or 82 so can’t comment but there has been a significant improvement in the top end, sound stage and a more controlled bottom end since swapping the line out amp boards.

Must admit it makes sense about using a 250 for the mid/bottom end and a 110 for the treble.

Thanks for all the replies. Looking for the relevant bits but CB stuff is thin on the ground these days.

This could work out a lot more expensive than I thought😥 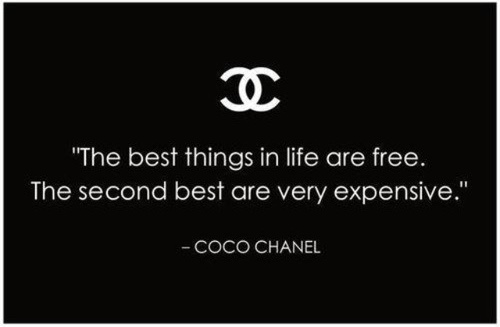 You already have a great system so no need for drama if it’s too expensive. You could compromise by getting some 135s. I use a 300 I to SBLs which is a modern equivalent and excellent Imo.

Yep, worth considering. Thanks.

Naim’s recommendation is for the best amp to be on the treble.

Interesting to read Steve’s post about the old Naim philosophy of bass and treble for each amp.
I swapped my 4 x 135’s for a pair of new 300dr’s about 18 months ago. I found that the bass driving amp was getting a lot hotter than the treble amp and was worried about it shutting down at fairly high listening levels.
I re-connected the xlr’s so each amp drives one bass and one treble albeit on different speakers. So amp 1 drives ch1 bass and ch2 treble and amp 2 drives ch2 bass and ch1 treble. Both amps obviously now run around the same temperature and I can relax when the volume gets cranked up.
I realise you need a pair of the same new amps to do this.

My active debut was with a Nap180 on the Woofers and a pair of 135’s on the Tweeters.
Naxo 2-4 was cabled horizontally.
I loved this configuration, a lot of speed and PRAT!