This all depends on your existing installation and you need to discuss with sparky as to what’s possible/allowed.

Going back to the ‘main earth’ is usually the thing to do.

Just a quick update. Following the substandard install I had from my previous electrician I am now running only the hifi circuit through it’s own dedicated Hager 32A type C RCBO. Already it sounds a lot better, almost like I’ve added a bigger power amplifier.

Does your dedicated CU have a separate main isolator switch as well as the RCBO?

In the end I didn’t go for a separate consumer unit for the hifi, just a separate circuit on an RCBO, as I needed the whole apartment rewired. Now every circuit in the house has its own separate RCBO. He said this is a better way of getting the same performance. I was sceptical, and a separate consumer unit is something I can consider in future or balanced mains, but there’s a huge improvement in the overall sound. The HiFi circuit was the priority so it sits next to the main switch on the board.

Going back to the ‘main earth’ is usually the thing to do.

What exactly is going back to the main earth?

I will have a cable with 10mm sq live, neutral and earth cores going from the socket to a dedicated CU.

The Earth wire will presumably connect to the CU, creating a junction at that CU before the earth is routed through the wall to the house main earth at the meter which is directly on the other side of the wall.

Is that it, or can I do better (e.g. bypass the connection in the CU?)?

This is the meter cabinet: 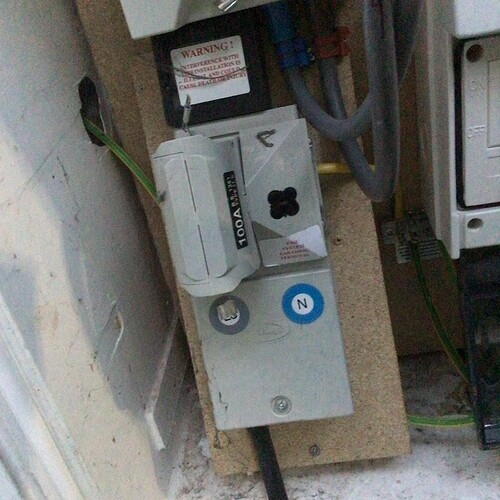 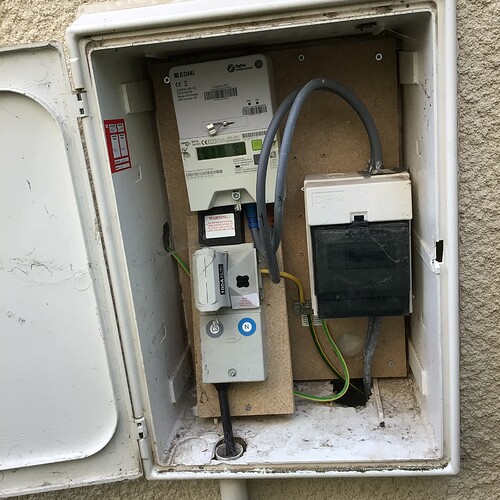 There is a yellow & green (i.e. earth) wire that looks about 16mm running into a hole on the right-hand side, which enters the wall cavity.

And there’s that fat black trunking (or cable?) that runs down on the left-hand side into a wider white plastic exterior trunking from that board with a 100A gadget (is that a main system fuse)? Next to that it says: “PME SYSTEM EARTHING TERMINAL”.

Would be useful to know what each of those are to help understand what the electrician will be doing.

I’m not sure which is the power coming into the building and which wire goes to the earth?

The black cable is the supply coming from the grid. You electrician will not be touching it, or anything else upstream of the meter.
All earth cables will be run back to the connection on the R side of the main fuse which currently has a single yellow cable running to it. I guess you want the fattest earth cable you can get in a run that is unbroken as far as possible, from your new dedicated CU back to the earth terminal.

Brilliant - that’s exactly what I wanted to know.

Ideally he would run a 25mm earth cable from the dedicated CU (which will be on the inside side of that wall just above the skirting board) to the earth terminal.

But presumably it cannot be unbroken as it will have to pass through a Henley block that will also feed the main house CU?

You don’t need to run the earth through the Henley block that splits the live and neutral. It can go direct to the earth terminal.

Typically the electrician will use that silver earth block to the right of your 100A Fuse. In my case, I was able to go straight to the source and connect to a spare terminal earth terminal off the incoming cable as shown below. In your case, it isn’t clear whether you have access to that terminal without breaking a seal. If you cant connect to that terminal, then I would suggest asking the electrician to get a new earth block, as it may well have some corrosion on it, and costs just pennies to replace. 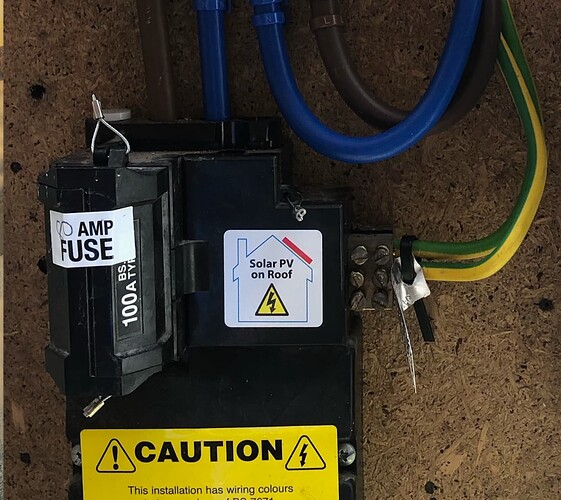 What make/brand of cable are you using for in wall power cables between wall socket and central unit?

I’ve found these two locally here but not sure if they fit inside the in wall cable tube with the other cables that has to run in parallel to the rest of the house.

I’m also thinking the ground wire could be compromised in size and quality since it’s main purpose is not power during playback. Some power cable manufacturers like Audioquest have thinner ground and thicker hot and neutral wires.

I’ve found these two locally here but not sure if they fit inside the in wall cable tube with the other cables that has to run in parallel to the rest of the house.

I installed 4 x 15 meters of that particular in-wall power cable. 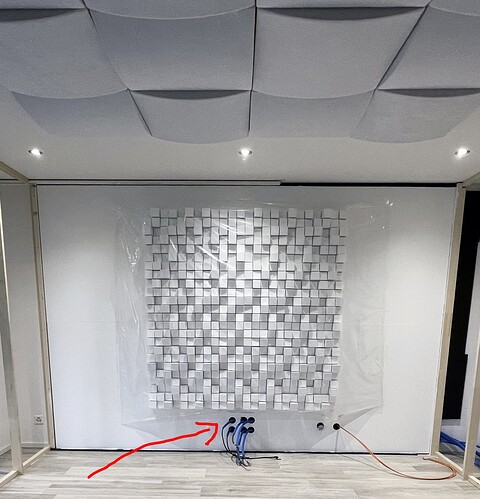 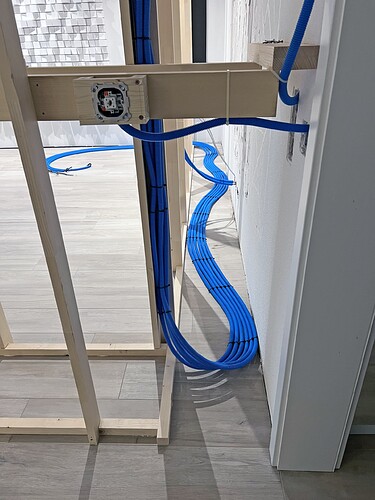 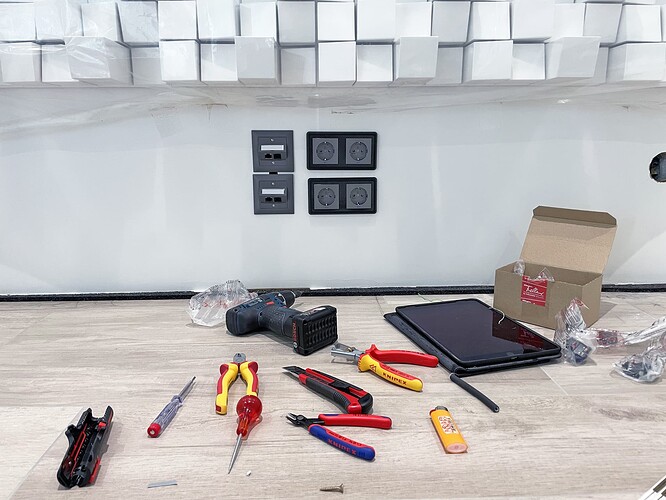 Thanks! How was it to work with. It’s solid core as I see on the pictures so bit tricky to push through?

I believe my house have 16mm tubes only and this cable is 13.5mm so I believe it might be tricky. Will call my electrician to see what he proposes.

Thanks! How was it to work with. It’s solid core as I see on the pictures so bit tricky to push through?

I had no problem getting it through the tubes.

But, I put it in the tubes before integrating them into the walls.

If your tubes are already in the walls and there are sharp turns, it is not certain that you will be able to get them through.

Good progress, when does the system get fired up?

Good progress, when does the system get fired up?

I’m afraid it won’t be for tomorrow…

I haven’t made much progress. I still have to build the four alcoves that will house the four AVAA C20s.

Nothing has changed since that last photo posted on “The listening room reality”. 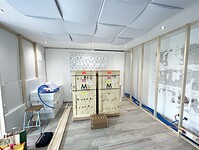 At the moment, I’m enjoying the weather, do some sport, alpinism, and most of all training for some hard climbs… before I get too old