Any other star gazers here?

Mercury and a thin 5% crescent moon join the party shortly after sunset on 4 January. 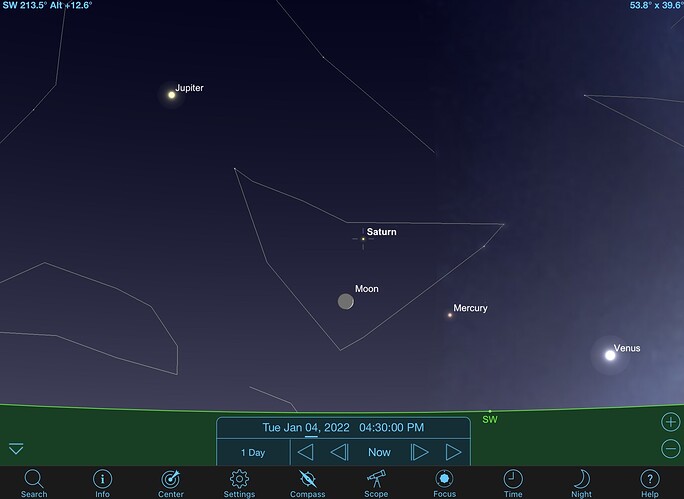 I have a clear sky, whoopee doo.
Great view of Jupiter, but the usual problem, I live on a north facing hill and the hill top is my south to west horizon.
I’m hoping 4-Jan with new crescent moon, that is forecast to be partly cloudy, will be kind and maybe get a glimpse from the bedroom windows through the trees.

I had no idea there were so many astro fanatics on here! I bought a Bresser Messier N203 Newtonian about 15 years ago and my enthusiasm has waxed and waned over the years mainly because there is a hassle factor with lugging the whole thing outside and setting up! I enjoy visual observing not astrophotography. Frankly my dream when I eventually move to the ‘retirement house’ is to buy a Skyshed pod dome so that it can all stay permanently setup in the garden. Then it becomes nothing more than a walk into the garden, switch on and go!! I am also attracted to the Skyshed pod because unlike every other type of domed observatory it doesn’t prevent you doing visual observation with binoculars or naked eyes too.

I made some upgrades to the scope in 2020 and in fact treated it to a rather lovely moonlite focusser which is certainly one of the very best investments I have made as a visual astronomer. The original focusser was a useless wobbly heap of junk - the Moonlite is an unbelievably precise and beautiful focusser which has made my fairly budget chinese made scope feel like a telescope of real quality.

The other super cheap enhancement I made was to build a pier for £10!! Two concrete blocks and some masonry paint and some ‘sticks like sh*t’ glue and my set-up and alignment time is now reduced quite a bit. Also there are no tripod legs to knock or to get in the way and it’s made the patio feel more spacious when I am observing. Finally it’s more solid than even the very best tripod! 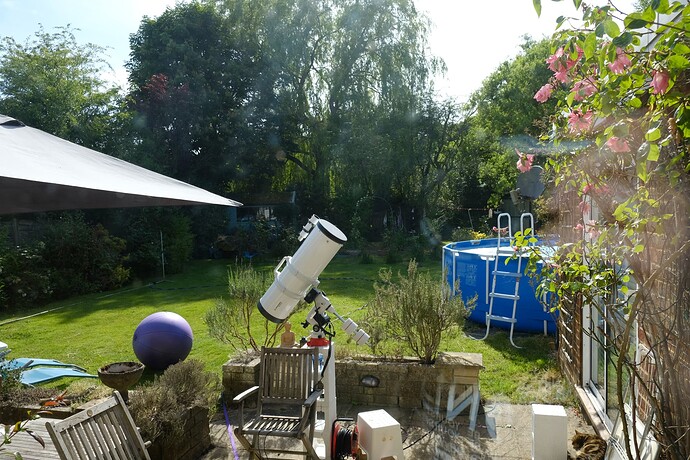 I have also invested in some new and better eyepieces and must say I am building a collection of 68 degree Explore Scientific eyepieces which seem to be of superb quality, beautifully made and yet reasonably affordable (just over £100 each)

I had the best observing of my life last Winter finding all manner of Messier objects and marvelling at their clarity and the fact I could see them at all with my own eyes! I even linked the telescope up to the laptop running Stellarium and controlling the telescope from it which was quite a buzz!

I wondered why there were so many clouds.

It was cloudless here in the UK last night. Orion is ideally placed and the Moon is out of the way. I took a few DSLR test shots of Orion. Results not bad, but I need to improve my focusing.

No clouds forecast for tonight…

No clouds forecast for tonight

Whereabout is that? Clear outside app shows 100% cloud forecast where I am tonight, though the app’s forecast for its home location in Exeter is 50% for a couple of hours 21-22.00 (otherwise 100%).

I am in the Midlands.

It should be clear over nearly all UK.

Hope its good for you! I got excited when I read your post as I have time this eve to drive to a real dark sky site not far from me - but it has clouded over now!

That’s bad luck with the clouds, it happens all too often.

It has been completely clear here all this evening as well as last night. I have an OK site, it’s a playing field less than 5 minutes walk away.

I managed to get a few shots of Orion, they look in focus at least, with no star trailing.

I found this rather entertaining 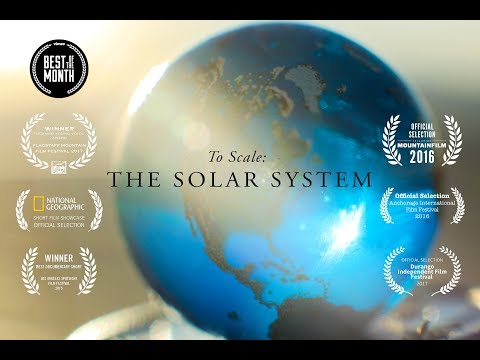 Good fun, I recall finding something similar mapped out on a cycle path just outside of York in the UK, we came upon the first few planet models in quick succession then there was a fair gap between the giants and i had almost forgotten about the ‘trail’ by the time we encountered Neptune and of course Pluto. Come on, it will always be a planet to me! 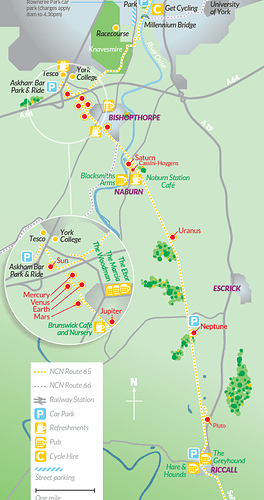 Any early risers up for a big & rare(ish) planetary event?
An almost perfect alignment of four planets in the predawn hours of 30 April & 1 May you will see Venus and Jupiter almost appear to collide. The two planets will get so close that they’ll seem to merge into one with the naked eye.
They are low in the eastern sky, so unobstructed far horizon views are needed.
Also a line of jupiter-venus, mars & saturn, plus neptune if you have a big scope, an interesting view if we all pray for clear skies. 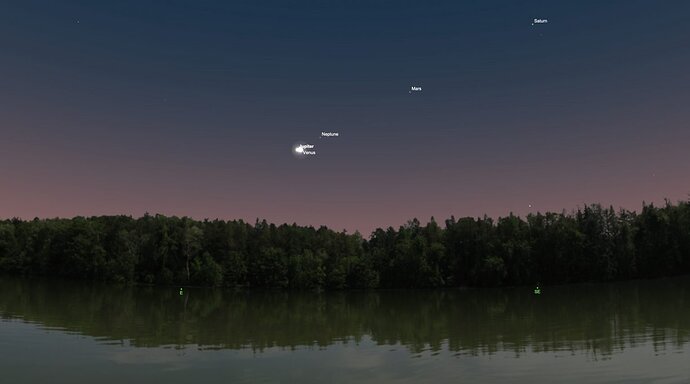 Should be a treat.
Sadly, my East view is not very low or unobstructed.

The alignment is not exactly east, it’s more towards SE, sadly almost dead on my house ridge line and no windows, so it means out in the garden and hope there’s no wind with the 5am forecast of 1’C.

And PS: nice viewing with binos, but a bit too frosty to dally for long.
Happy to have seen it in such a beautiful gin clear sky, this morning was the one & only chance, next few days are all cloudy.

Good luck!
Our little rear garden faces West.
Low E/SE is a sea of buildings, roofs and trees from our front.
Unless we’re on holiday at a good spot, I don’t even bother in that direction anymore.

Hope you see the alignment.

We have another planetary alignment
Its a dawn event, best on the mornings of the 23 & 24 June.
Saturn is first to rise & will be easy to see as its rings are its ‘classic’ angled representation, through bino’s you will see it as an oval, the rings should be visible through a field 'scope, better still with a star 'scope.
Jupiter is next in line & is the second brightest planet in this alignment.
Then its Mars & its distinctive orange colour.
Next is Venus the brightest in the line-up.
Mercury is the last, & you will need a clear unobstructed long distant horizon, it will show for aprx 45 minutes before dawn washes it out.
Over the next few months, the planets will spread out, and the line will disperse. 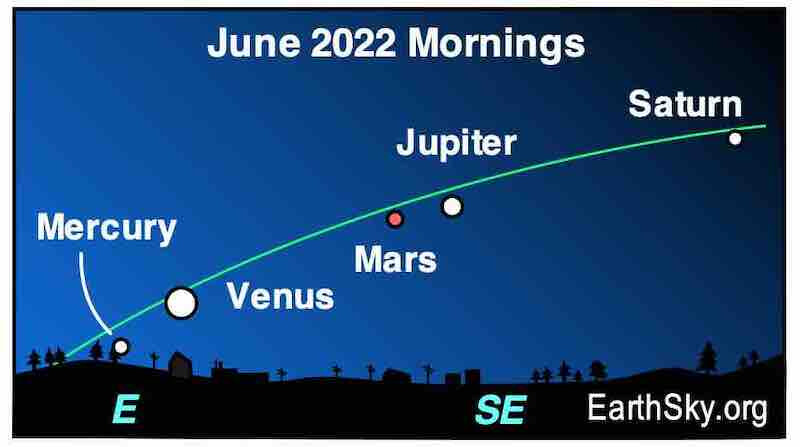 A month ago I was in a fantastic location - absolutely minimal sources of light pollution anywhere near, and completely cloudless sky. It was a New Moon as well. Ah, I thought , a chance for a good view of the Milky Way (though I only had my pocket 10x25 binos with me, and a pocket digital camera. unfortunately I had forgotten one thing - I was in North West Scotland, and even around 1am (true midnight) the sky was so light that there were only about 5 stars visible to the naked eye! Roll on autumn!

Oh well, clouds on both 23 & 24 mornings
Might be better over next few days

My fault, bought a new telescope the week before last!