Very detailed, and IMO very interesting. Enjoy… (or not… YMMV…) 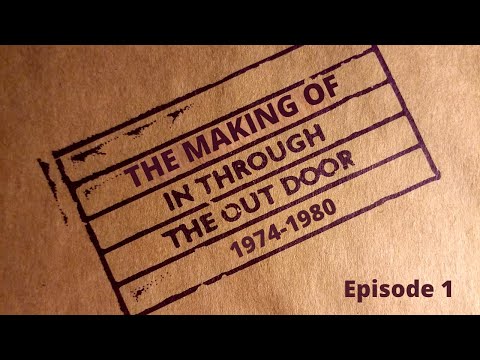 Most certainly a fan here! 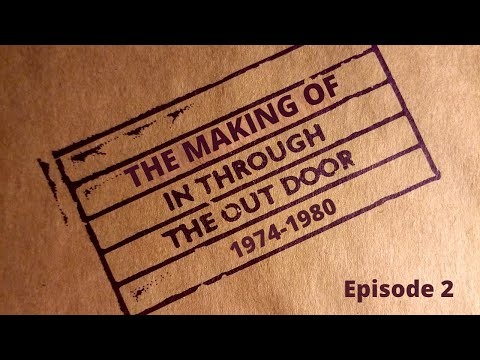 Well, that answers that question.

YES, more than a fan I would say, still the greatest rock band there ever was.
Are these videos new? Will check them out when I get home. I already have every album and DVD/blueray they ever released…I think.
Kind of where I get my forum name from.

I have seen Robert Plant twice in concert, Page once, but never together unfortunately.

I saw Plant in a Toronto venue about 5? years back with my nephew. We were, like, 2 rows from the back wall and maybe 8 feet from the far right wall … worst seats in the house. Then after the intro band, a dude came up to us at intermission and gave us a coupla tickets be couldn’t scalp. They were orchestra seats and dead centre. Great show at that point. Never seen Page tho … or Beck for that matter.

I saw Page with the band “The Firm” in the mid eightees, Paul Rogers was the lead singer…excellent show, in Detroit. Saw Plant in 1988 for his “now and Zen” tour, also again around 2006 with his band Strange Sensation. Now and Zen was at Pine Knob and the other show was at Meadowbrook music theatre…both of these are outdoor venues, awesome shows, he did a few Zeppelin songs, with a little different twist. Kind of like seeing GOD to me.

Not sure who you mean by Beck? If you mean Jeff Beck, he was never in Led Zeppelin, sorry.

I can’t say I’ve seen any of the members of LZ play live but I do know Deborah Bonham, younger sister of John. She and her husband Pete Bullick live a couple of miles away. Their band - the Bonham-Bullick Band - played at one of our shows recently and are very fine indeed. They did a brilliant version of Black Dog which was really quite something. We have them again for a blues weekend in January.

Marmite - Ramble On, Going to California, Heartbreaker etc superb stuff and love Stairway. Have all the albums up to PG. But sometimes Robert’s voice gets to me and Dazed and Confused is surely over indulgent. Saw them at Earls Court in ‘75, my ear literally bled afterwards.

Big fan up until about half of “Physical Graffiti”.

All downhill after that. Probably because of all the nasal hoovering and “rawk’n’roll” hebephilia I should think.

Are these videos new?

Yes, although some of the source material I think I have seen before…?

I have seen Planty quite a few times - I will guess at 5. I also saw both of the Page & Plant tours - the No Quarter one and the Walking in To Clarksdale on.

In this context, Beck will be Jeff Beck - one of the ex-Yardbirds ‘big three’ guitarists, along with Clapton & Page.

Beck & Page were quite close around the Yardbirds time. They were even in the Yardbirds together, for a short time. Beck also gave Page what became the Dragon Telecaster, which Page used on the first Zepp album, until he got his No.1 Less Paul.

I’ve seen Plant a few times - a solo acoustic set in a pub in Bishops Castle. With whatever band he was with at the time at World Music Day in Shrewsbury, and as guest of honour with Bad Company at the Birmingham Odeon are three that spring to mind - but never as Led Zepellin. I failed miserably to make it to Knebworth due a clutch failure in mid Wales.

Wherever, and in whatever guise, I’ve always found him to be entertaining.

Yes that’s the one, were you there as well ?

No… I am much further South…

I just looked it up… Was surprised by the Black Crows as support.

I saw P&P at the NEC, Birmingham on the 1st tour - and at Wembley Arena on the 2nd one.

Wow, those were some great concerts you saw. And yes, I just meant Jeff Beck as he was a good guitarist, and the Yardbirds thing, and I’ve always wanted to see him.

In this context, Beck will be Jeff Beck

Exactly. Page and Beck are two of my favorite guitarists, along with Duane Allman. Never really liked or listened to Clapton though. And now that he’s come out as a racist I’m just as glad.
Thanks for the interesting guitar history.