Anybody else check decibel levels for hearing safety?

I have spent a lifetime abusing my ears. From mowing lawns for spending money as a teenager, to dozens of rock concerts, to playing in garage bands, to ridiculous car audio systems, to sitting too close to the horn section in several performances of Mahler symphonies - you name it. Now I have noticed that I have some trouble following conversations in noisy environments like restaurants. Anyway, in recent years, I have tried to be much more careful about my hearing, including with respect to hifi listening habits. I use a decibel meter, and try to keep listening sessions under 80 dB, and usually around 72-75 dB, which is loud enough to feel some lower frequencies but not taxing on my ears. Anybody else do this? Just wondering what folks think a good level is for a listening session. I read somewhere that most frequency response curves and other metrics for amplifiers, speakers, etc. are tested at around 75 dB.

It might be worth looking at these two threads:

How Loud Do You Listen in a Typical Listening Session? Hi-Fi Corner

I was listening to some music this afternoon and decided to use the audio level meter on my watch to see how loud it was. It was clocking (sounding) in around 65db according to AppleWatch. I did a quick forum search and found the thread below: I found it interesting. Curious though, rather than “what is too loud,” what is the most common comfortable listening level for you all taking into account enjoyment, experience and sound quality in a longer listening session. What do you turn it up to…

How loud is loud? Hi-Fi Corner

I saw recently a number of posts telling that the neighbors were complaining about the volume at which some of us Naimites were playing their music. I don’t have complaints from my neighbors and usually limit the volume to 60-70dB. But as a guitar player, I know that a 80-90dB range is more realistic. I wanted to poll the community members to know at what volume they play their music and what they fell is appropriate. PS: The volume (maybe it’s too French a translation) is measured using a re…

Very good video on this topic at Steve Guttenberg’s YouTube channel - posted this week by coincidence. 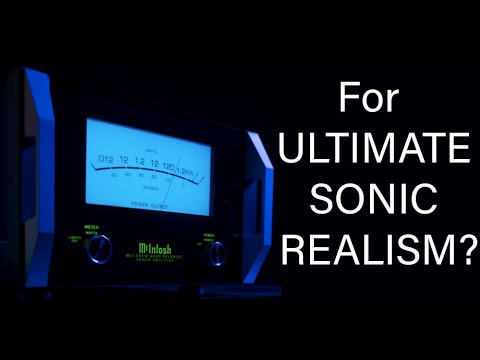 I check it for the sake of interest but I’m rarely over 75, usually not even that high.

I started checking it earlier the year. The Apple Watch has a handy little app that makes it convenient. Whether or not I do it for my hearing or my neighbours sanity I have no clue.

The Apple Watch has a handy little app that makes it convenient.

I wonder how accurate it is, or isn’t… have you compared multiple apps? Some are very inaccurate, but not having an Apple Watch I don’t know how it compares. (See the previously referenced threads for discussions of phone apps.)

Just dozens of concerts? I’ve been to over 350. Still attending more. Damn Motörhead almost made me completely deaf one time. When I had my Klipsch, I used to always play above 100dB. I’ve played professionally in a band and our practices were absolutely crushing loud. What the hell? You gotta live!

I now wear hearing protection when mowing and going to concerts. I don’t play the stereo above 90dB. Usually below that. There is a low level ringing going on in my ears all the time. Who knows if that’s just due to the aging process. But yet I can hear up to 16kHz. My cousin never suffered the abuse I did, and she is hard of hearing. So who knows. Glad I had fun.

Sometimes I listen louder, bat rarely think when I measure it the the phone listened much above 81 to 85db, and that is in my room very , very loud, but most of the time during the day I listen between 70 and 80 max and not for very long time.

Lately I tend to listen at lower volumes, I can listen more hours in the day without being tired. At night after dinner I listen normally at very low volumes.

I have the focal sopra n1, and in my room they sound good at any volume, volume also depends in the hours of the day and if I am alone in the house or not.

My iPhone keeps a check on things, normal listening levels are a problem yet, apparently.

According to my decibel app, I find most conversations in a quiet room are in the high 70s to low 80s, and this is in polite company.
Even though this can be within a prolonged amount of time I doubt this can be of any harm, especially as I have a talent for filtering it out.
It’s in the high 90s and beyond for a long period of time that’s worth looking out for.
Still, with your average session of listening to the Hi-Fi I’m guessing most content will be in the 70s -80s with the occasional peak of 90+ if your lucky.

Yes I have a proper meter. When testing a session, I find the average to be 65 with transient peaks in mid 80s (really max), but most peaks in mid 70s. And to me, this sounds very loud.

I have sympathetic tinnitus at certain frequencies so the louder I crank it, the worse certain notes aggravate my tinnitus. Anything cranked louder is unbearable. It is fact one of the reasons I also do home cinema; so I can get a good experience that isn’t excruciating. The actual cinema wakes me wince in pain just on dialogue.

I wonder how accurate it is, or isn’t…

A quick google and looks like the consensus is accurate within 2-3 decibels. Good enough for me.

According to my decibel app, I find most conversations in a quiet room are in the high 70s to low 80s, and this is in polite company.

I recall being in a restaurant with a large group of ladies on the table next to us. As each one tried to be heard over the other, the volume went up, but so did the pitch. I remember thing that if they shouted any higher, would they go into ultra-sonic, such that only dogs could hear them

As each one tried to be heard over the other, the volume went up, but so did the pitch.

Generally caused by multiple different conversations happening at the same time. This can be cured by arranging that everyone sits next to the person they are actually talking to.