I have it as of today. Everything is clearly marked.

I believe you choose what you buy and how to download it in settings. There’s a warning about data usage.

Tried to buy the album but it didn‘t allow to make any choice for format, so this is max 320k resolution…

No it won’t. It’s limited to 44.1 you can’t get hires at all via Airplay currently and no comments from Apple on when or if it can.

Have what? While I see spatial audio and lossless icons in the AppleMusic subscription area on my iPhone, I am far from convinced the higher quality audio can be currently Airplayed to my Nova without downconverting to lossless CD quality.

We may be streaming lossless hires but Airplay may be processing that to CD quality currently.

My Mac is older and running an older iTunes on High Sierra.

edit: later posts suggest we can’t even Airplay lossless CD qualuty from Apple Music yet and we get the 256kbps AAC version we used to still.

Currently Apple are forcing an aac link on Airplay2 when using Apple Music, even if the ui is saying lossless. This was documented on one of their FAQ pages. 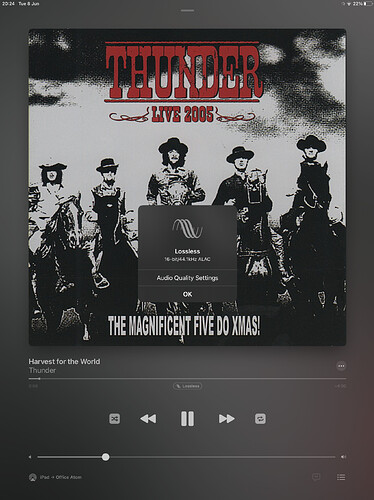 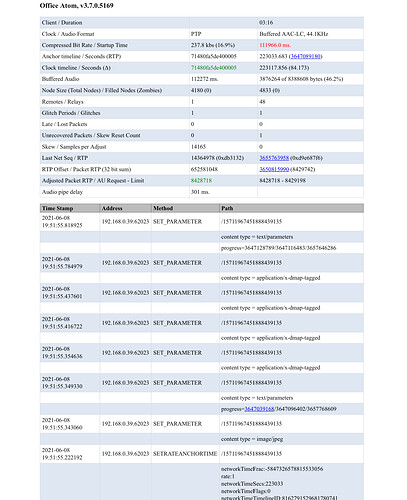 Observe the aac 256kbit link.
As and when Apple ‘open the taps’ then that can go to 16/44.1 alac. Beyond that will need Apple to update Airplay2 in devices. There will be complexities of switching rates, gapless, buffer sizes and clock tracking different rates.

I see those options in Settings for Music but think they apply only to streaming and streaming related downloads. Hope I’m wrong but actual purchases are probably still limited to lossy 256kbps AAC.

So @stevesky are your saying it’s sending out aac via Airplay and not lossless at all? Is this just to Naim devices or all of them?

Yeah he is saying that . Also evidenced it.

That was a pretty interesting blind test.

Hopefully the key phrase is ‘currently’.

It’s quite similar to Amazon ‘HD’ where superficially things look great but in practice getting hires to devices is a real hurdle.

Oh dear!!! Smells like Amazon to me. No wonder it’s free.

Trouble is the masses will latch on to spatial audio and won’t give a hoot about lossless/hires especially if it hits their mobile data plans!

The Homepods use airplay so this does indicate that it is in the works. Frustrating though

Is it just Apple Music that’a aac for Airplay 2 is all Airplay 2 currently aac?

Yeah I just read the FAQ again and it doesn’t mention airplay at all.

I guess this goes to show that most people can’t tell the difference as Apple claims. Lol.

$108/mo unlimited everything plus Apple.

That is insanely expensive! I pay £14 per month for unlimited everything on my mobile contract.

Mind you, we get ripped off for virtually everything else in the UK… 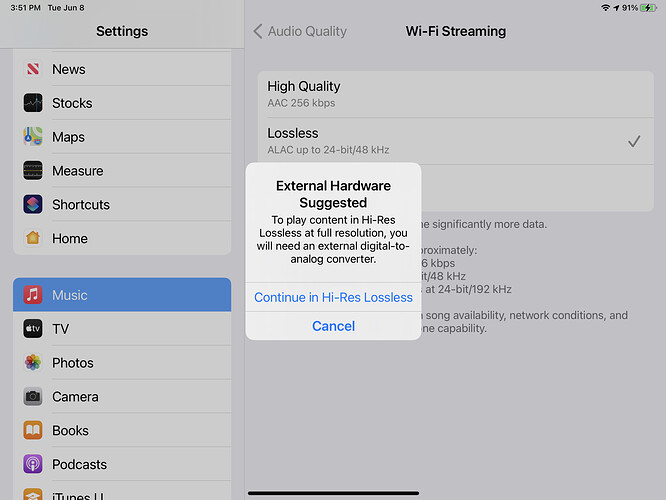 Canada is worse when I have been there, too little people and a whole lot of nowhere makes higher prices. One thing we do get cheap here these days is good mobile deals.