I hardly ever listen to Deluxe albums because I assume they will be somehow polluted versions of the original LP.
But has anyone compared Deluxe albums to normal versions?

Deluxe can be many things, you need to be more specific. Do you mean a re-release of an album with extra tracks, a remix or remaster. But none are versions of the original LP, they will re-release/remix/remaster that are taken from the original master tapes, maybe the original analogue tapes remastered to digital.

But yes I’ve compared deluxe/re-releases/remasters & found it varies, some better, some not. The list is too much to go into here, but lets take the last few Beatles remaster releases, without getting precious over mono vs stereo, they are all significantly better.

So when there are Deluxe or Remastered versions of LPs on Tidal I should take the time to research and or listen to those and decide in each case which is best…
Oh dear - that sounds like a load more work.
It worth it if many of these Deluxe albums really are better.
The word Deluxe is a pretty vile descriptor, though, which doesn’t help.
(IIRC luxe in Latin meant evil!)

Hi JimDog, I think you might want to re-calibrate what you understand as Deluxe.
In most all (maybe all) of the albums I have that are called Deluxe, they are albums with extra tracks over & above the original release. These can be a choice of an album in HighRes download or CD with extra tracks, or as in the case with the Beatles releases 10’s of extra tracks, extra CD’s in fact.

Ah ok I didn’t realize that’s what it means.
Thanks Mike
This will be a very short thread then!

This will be a very short thread then!

I don’t think it need be so. forget the Deluxe word & think re-release & re-masters.
Maybe some forumites can add some comparisons of what they have experienced.

To start it off, I have a favourite Sinatra, ‘In The Wee Small Hours’; released in 1955, I bought it sometime in the early 1970’s. I eventually wore out the LP & bought a CD taken from the original master tape release. it was great improvement for pops & clicks at least.
I ripped the CD to my NAS when I went streaming in 2014.
Some time after I found a download on HDTracks that was remastered in 1998 into 20bit. They had it in 24/192 & on offer for £7, yes seven squids. It is really better than the CD rip, OK the original tape roar is still there but significantly reduced, but the atmosphere, ambience & emotion is all retained & enhanced & then some.

Well, I usually avoid remasters if possible, assuming that most will be worse, and knowing that although some must be better, the work of having to decide is not worth it for me.

One example, I was told that the S. Wilson reworkings of Tull LPs are very good. So I listened to the Thick As a Brick remix and remaster. I know that music well. And the new version was clearly worse imo.

Also, on Tidal most of the early Led zep LPs (that I no longer play) seem to be be some kind of remaster or deluxe versions. With those I haven’t taken the trouble to listen to them carefully to see what the differences are. But it seems folly to try to improve on such wonderful records - and the same applies to TAAB by Tull.

But I bet there are some cases where the very opposite is true!

The Hoffmen will tell you that the Bowie original RCA CDs are the very best. They were a flat copy from the cassette masters. Better than the Ryko and recent remastered series.

The RCA CDs go for ridiculous prices, but alas being a huge Bowie fan and having bought the vinyl, cassette, Ryko, EMI and recent Parlophone issues of all the discs I somehow missed out on buying the original RCA CDs and would dearly love to hear them.

I think that in the case of the ‘Deluxe’ editions of ‘Sgt. Pepper’s Lonely Hearts Club Band’, ‘The Beatles’ and ‘Abbey Road’, a new insight into the original released is offered. I didn’t much care for Giles Martin’s remix of ‘Sgt. Pepper’s Lonely Hearts Club Band’ although the latter to seem to fare better. The bonus tracks are interesting although I believe, as I do for the ‘Anthology’ releases, there is not a single track that improves on the version that was originally chosen for release. With the original releases, I believe it wise to bear in mind that only the mono mixes were overseen by George Martin and The Beatles. The task of completing a stereo mix was I believe, delegated to a house engineer at Abbey Road.

With this in mind, I have to conclude that my preferred versions of albums by The Beatles, up to and including the White Album, are the mono vinyl editions. I still have some of my original pressings although these were played regularly in my youth, without the care that I would now afford to a vinyl pressing. When the mono vinyl box set was issued, I thought long and hard about it. I’m so glad that I bought the set!

I have a few of the early RCA Bowie CDs and some are excellent - for example, Hunky Dory is much the best compared too any of the later issues, particularly the horrible 1999 remaster.

However, this blog is an interesting read… 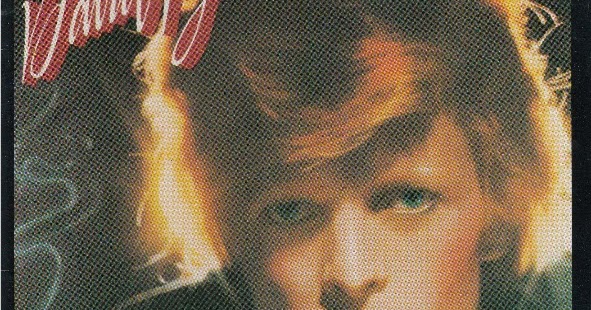 There is a great deal of forum talk about the RCA CD releases of the David Bowie catalogue back in 1984/5.  I coordinated the manufact...

That is a very interesting article - thank you - sadly I have all the 1999 remastered series! I like the Rykodisc reissues as they had access to additional tracks and the current reissue boxsets with Visconti & Ray Staff sound great but it’s those elusive RCA’s that are the grail.

Who’d have thought that at a time when everyone was trashing CDs in the mid-80’s for brittle, thin sound, that his issue would be going for around £50 a disc.

All the Smiths albums were remastered and released in a box in facsimile sleeves. They are much better than the original releases to my ears. There is an expanded version of The Queen is Dead in high res which is also superb.

On the other hand, a lot of remasters are simply louder, bassier and more compressed than the originals. Massive Attack’s Protection comes to mind.

So every LP or track probably has better and worse versions out there.
So a main skill in building a library is finding out what the best versions are.
Is discogs a good source for this information?
And I suppose specialist sites dedicated to artists and music.

@JimDog you might like to check out the Steve Hoffman site but beware they make some of the longest discussions on this forum seem like a brief conversation however it’s a good place to do some homework.

Great - will do.
Thanks Andy.

I have seen that site a few times on kit, but not on recordings.

I’m so busy these days that I may just let the idea of building a digital library slip for a year or two more, and see how the streaming platforms develop…

The quality of Deluxe versions are related to the time and province of the originals.
Most of those of versions recorded originally in the 1980s are always better, U2, The Smiths, The Cure, The Cocteau Twins etc etc.
Mostly from what many thought at the time sounded good but perhaps didn’t outside the studio.
Also with digital mixed with analogue within early low technologies that couldn’t combine them successfully without blowing the budget.

So what’s a Legacy Edition, when it’s at home?

A legacy edition originates from Legacy Recordings which is a sub-label of CBS/Colombia/Sony as in the legacy releases of Miles Davis.

A long time ago I attended a Naim demo in a hotel in Bristol. A Naim staff member used the term