Are you a lark or an owl?

Clearly an owl here, and possibly only recently realising how sleep differences affect all family members.

I’m regularly up beyond 1.00 am and hate going to bed feeling I’m missing out on the now.

Naturally that means playing music late may affect the larks in the house that aren’t sleeping simply due to exhaustion.

The converse also applies - Mrs AC is usually up at 6.00 am and is as noisy as anything which messes up my sleep but she can’t see a problem which until recently I didn’t from the opposite end of the spectrum assuming everyone was asleep even if I was awake until the early hours (potentially truer in my mind). 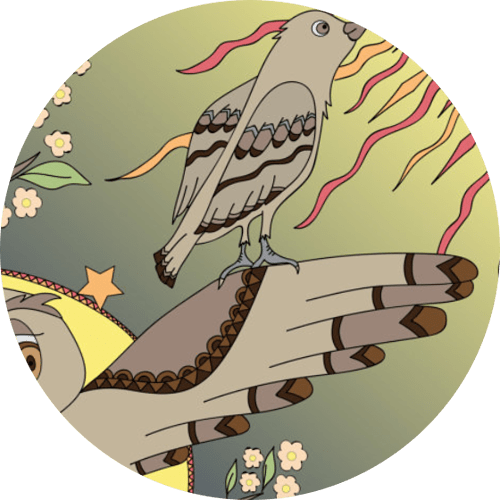 Are you an Owl or a Lark? - The Sleep Charity

Scientists believe that people have inherent differences in when they sleep and wake best. And what you are is partly determined by genetics.

With you there Alley_Cat … Owl … only me and you up!! Don’t got to bed before 2.00am gives me peace and quiet to listen to music

Oddly I often feel simply more alert/productive at 2am even if a few beers or glasses of wine have kicked in. Naturally I’d be more refreshed in the morning if I’d had neither!

It’s nothing new and maybe stems back to college days when I’d regularly up very late guzzling diet coke whilst revising for the following day’s exams. Would love to still have that short-term near photographic memory of a few decades ago.

My nocturnality comes from working to deadlines over many years. Sometimes I wouldn’t have time to sleep for 36 hours so I got used to being up late. These days it’s a bit easier so I can indulge more time playing music.

My Mrs goes to bed much earlier than I, so I don’t feel guilty sitting on my own til late most nights.

My Mrs goes to bed much earlier than I, so I don’t feel guilty sitting on my own til late most nights.

Same here generally, but for years it makes watching TV together once the kids are in bed a real chore as she normally nods off after about 30-40 minutes of watching a movie - I may do too at times but I generally wake again and am then alert until 2-3 am.

Right I’m off to bed after watching that - chat soon

I’m active, eat fairly well, and an early riser so I’m not up late. If I were up late and people in my h/h were trying to sleep I sure as hell wouldn’t be playing music loud. That’s pretty damn inconsiderate. That said, I wouldn’t have partnered with my mate if she were a night owl. There are certain big things couples need to be on the same page together imo else it puts too much strain on the relationship.

Proper Lark undoubtedly, and always have been.

I used to get to work shortly after 6am rather than work late. Quite happy to get up at 5am if I am traveling somewhere for example. Definitely most productive in a morning and also much prefer to exercise then. At Uni I would start study/revision in the very early hours and rarely do much more after 11, just as my owlish mates were getting up!

Even now I am retired I am usually up before 7am. In bed before 9.30pm by choice. Late nights wipe me out.

Absolutely agree I couldn’t have married an Owl. We’d never see each other!

Lark definitely. Up at 6 every day. In bed by 10 each night generally.

My ‘larkishness’ is definitely one reason for not really embracing live music. By the time the headline act comes on I want to be asleep!

More of a Lark.

When I was younger I was definitely an owl, now I am more of a lark and rarely sleep beyond 7 and usually wake around 6 whatever time I go to bed.

Same here! Usually a celebration or occasion needed to keep us up till midnight

Legacy of doing a paper round all those many years ago and having to get up for work at 5.30am

In bed by 10pm pretty much every night and now I’m retired up at 7am.

My kids when they were teens were on a different time zone to me.

My kids when they were teens were on a different time zone to me.

There seems to be mounting evidence that teenagers body clocks are wired differently, and some suggestions that they’d be better starting school later.