Yep. Thats probably why I did not care for it. But I see some ( including you apparently )

prefer it. I’ve a friend who drives a pair with a 100 watt solid state ( non Naim amp ) and love 'em. But they will not be my choice.

40s are great! ( especially active ) It’s in a different category alltogether. ( and it should be for the price )
So not too fair to compare it to 'lil ones.

Fair enough… I have come back to my 19s twice now after having trying different speakers… everything else sounds a compromise in the near to to near/mid field.
I am sure the renown heavy duty mid dome bass driver with its ultra low distortion has something to do with it.

Well of course you can’t beat their mid range drivers.

Right but the little 7 are really prodigious for their size and price and are made with all the serious of ATC in term of driver. The new tweeter help a lot to do the higher part of the mid frequency and can take a lot of heat and power without be pertubated. A really nice lil speaker but the hardest to drive vs the 19-11-7.

You just pick what the budget allow and i thin nobody can be sad with any of the ATC and with Naim the sound is just…So right… !

The best one in hi-fi history !

Corry, how did you end up with such a “top heavy” system? Surely the 19s or 40s could reveal a lot more from such a capable front end.

Once I tried my Nait 3R with my pair. I just got a peep out of it. Now that was not at all doable. 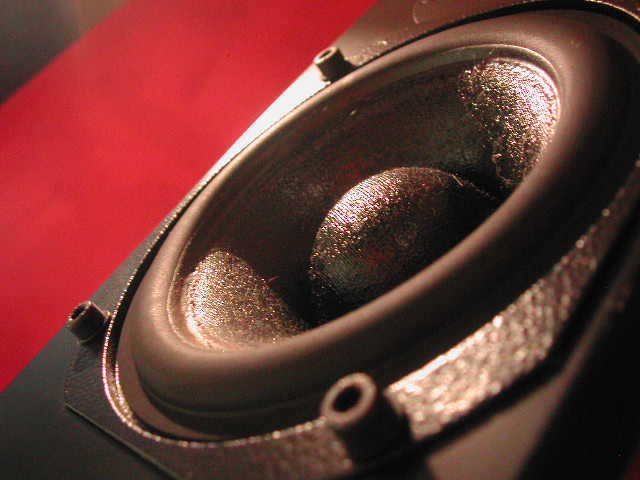 My son has SCM7s that he powered with a NAP100 and he enjoyed them a lot. A NAP250DR made a big improvement however.

you cheat !! I didnt heard of this mid/bass driver before, is it a special driver that you only find in the 10 ?

Btw i am curious to have your impression on the special edition ATC, they must be the same or almost the same but in a more luxurious cabinet ?

Wish I could have gotten the pair. All those 70 pairs were all sold by the time I found out about it.

The original 10 did not have the SL midrange driver. So I reckon HL midrange in the SE version is an improved version of it.

Also the original 10’s like mine, their sensitivity is 80db.

So SE version is slightly more realistic from drivability POV.(82dB)

Long answer:
The main reason for my system’s overall balance being the way it is is that I prefer small speakers to larger ones. When I started out in the late 80s I was living in rented accommodation, and I wanted to have a system that would work well in different rooms. Having speakers that were small and were designed to work close to a wall was part of that brief. So even though I preferred the Epos 14 (possibly the most enjoyable speaker I’ve ever listened to), they were designed to be placed a foot or two into the room, which ruled them out. I went with the smaller Kans, which were challenging, but also strangely addictive.

I also just like the sonic signature of small speakers. A really good small standmounter is clean and detailed, and times exceptionally well. It has the capacity to sonically disappear. A bigger cabinet will give you more bass, more dynamics, (maybe) more detail, and a bigger soundstage, but that won’t necessarily translate into more music. When I auditioned the SCM11 against the SCM7, this was what I found: the SCM11 had a bigger, smoother, and more detailed and more “correct” sound, but was, to my ears, less enjoyable.

There’s an old axiom about speakers that “a good big one beats a good little one.” This may be true in theory, but the most enjoyable speakers I’ve heard have all been on the small side. I don’t doubt that there are extraordinarily good big speakers out there, but I’ve not yet heard them.

You might then ask “why not go for a top end small speaker, such as the Wilson Duette II?” The reason my speakers are a tiny percentage of my system’s cost is that, in 30 years of upgrading, at each decision point, I almost always felt that the money should be spent somewhere else in the system. The SCM7s are only the third pair of speakers I’ve owned. Though I’m not a fan of the quasi-religious devotion of Flat Earthers to the “source first” principle, I’ve found it to be mostly true. At the moment, my SCM7s are more than capable of doing justice to the signal that’s being fed to them. Which is not to say that there isn’t a small, affordable speaker out there that I’d like better, just that I haven’t heard it yet.

Good post, and I agree with most of it other than in the 30 years of Hi-Fi and upgrades I have come to the opposite conclusion … speakers/room are the most important and difficult aspect to get right. Get that right and let your system grow with you.

Priority in my book

I think I’ve been lucky with the room/speaker thing. With the exception of a pair of PMCs I auditioned and summarily rejected, I’ve never heard any obvious room-related anomalies, and my attempts at careful speaker positioning and room treatment have been mostly to do with fine-tuning rather than getting the fundamentals right. I think my preference for small speakers helps in this regard – I dread the idea of hearing a speaker that sounds great in the dem room, but that e.g. pumps out room-shaking one-note bass in my home. Which is not to say that getting down and dirty with REW wouldn’t yield benefits, but as soon as absorbers & diffusers enter the picture, I’d likely run into domestic acceptability concerns.

I often use REW created filters, but in my opinion it is only for subtle optimisation, and even it is designed to only provide subtle changes when building filter kernels for quality audio use unless you over ride it.
So if you limit REW filter adjustments to plus or minus 3dB as I do then you still need good speaker room matching, and you can really maximise the audio and it’s intelligibility in your listening room.

I personally think so much frustration and disappointment with home Hi-Fi is due to poor speaker room setup.
I have heard some shockingly poor (in my opinion) systems using 500 series or higher based systems over the years let down by poor speaker/room matching, and equally some jaw dropping systems using relatively modest Hi-Fi components and speakers, but the speakers seemed to match the room they were in perfectly.

You can’t assume you will get better performance, just by splashing the cash on better electronics…

You can’t assume you will get better performance, just by splashing the cash on better electronics…

I agree totally. From working in the hi fi business 20 years ago I’d hear some bizarre setups. Massive Martin Logans almost side by side in a very small room being one memorable arrangement. You were sitting right next to a wall of electrostatic panel! It was always the big speakers that were the problem, never the small ones. I’m drawn to the ATCs due to the fact they are sealed boxes so shouldn’t cause hassle with port output.

There are a few pairs of Merlin TSM MMM on sale at the moment on a popular site across the pond in the land of the free.

do look them up - good reviews on the popular search site

These arent made any more as the company has wound up after the founders passing but that should be a show stopper as speaker technology barely changes and the components of a good speaker construction and philosophy and execution remain the same.

if this post is in violation of may forum rules - may please remove. Sorry to give you work. 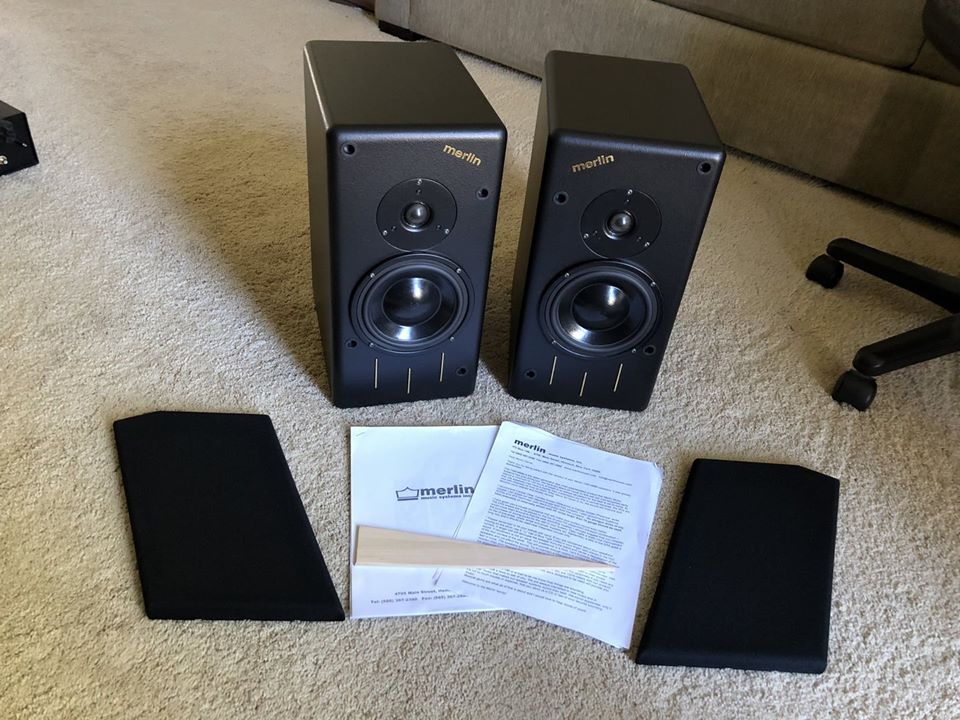 Maybe you might feel some desire for these looking at them

I often use REW created filters, but in my opinion it is only for subtle optimisation, and even it is designed to only provide subtle changes when building filter kernels for quality audio use unless you over ride it.

I only mentioned REW because they seem to have a high reputation in these parts. Many posts about room acoustics have replies along the lines of “don’t bother unless you’re going to take some measurements first.”

Totally agree about the lack of correlation between price and quality. The most enjoyable system I recall hearing was an LP12 / 32.5 / 140 setup (no HiCap) at the original Sound Organisation in 1988. I’ve since heard active systems and, most recently, a system with a Statement and, while they did some things well, didn’t come close to blowing me away.

As the years go by, I find myself giving more and more attention to setup and installation. Some of the most satisfying upgrades I’ve made have been inexpensive or free tweaks, and not box upgrades. I’ve had a 552 in my system for a year and a half - recently recapped and DR’d - and (heresy alert) I’m not certain it’s a compelling musical improvement on the elderly 72 I have sitting in a box in my basement (though it seems to be still burning in after several months, and my racks are overdue a full rebuild).

From a purely consumer perspective, buying a used car is a trivial exercise compared to acquiring a satisfactory audio system.

Interesting. Makes sense. I felt the same way as you about the 11s vs the 7s

Your system reminds me of a story I heard in the 90s about a guy who supposedly ran a CDS/Nait 2. At the time I thought it was crazy but as I heard more gear I started to understand it.