Just came across a review in The Independent.

I’ve always thought of the brand as being nice-looking furniture that happens to make a noise.

Is it good enough to be considered “HiFi”?

I have a Bang & Olufsen system in my car it’s fantastic.

Its debatable that its ‘nice’ looking furniture, I guess it depends of your furnishing choice, but not in my house thank you very much.
It makes a nice noise, but I get the impression (in my limited B&O listening experiences) the nice is deliberately voiced to be easy on the ear & I doubt its actually accurate, I hear bass lift & a touch of treble tickle.
Is it Hifi ?? not according to my ears, to me it fits in the ‘Lifestyle’ bucket.

Depends on what you consider hifi. Most people won’t consider Bose Lifestyle as hifi. But in terms of sound quality I think Bose systems far outperform B&O.

I’ve had B&O TVs, I currently have an old B&O TX2 turntable and a portable wireless speaker and have considered other products of theirs…our Mu-so was up against 2 B&O models when we purchased that.

They all look good to us, but we’ve always like that sort of style.

Ultimately they would not have made it into the house if they didn’t sound good, to our ears. It’s not Naim, it’s not Linn but what they do is fine. The TX2 is very 80s/90s and suits my old vinyl down to the ground.

My parents have always had B&O, so quite familiar with it.

I think it’s HiFi, at least the older stuff. Yes, you’re also paying for the design, so you can get better sound for the money, but definitely designed to both look and sound good.

I do feel with their most recent offerings, at least the M3, the only one I’ve heard, they’re positioning themselves a bit lower in the market. Pricewise, but also with the (mid) bass heavy sound that’s popular these days. Still I’d say it’s very decent considering the price.

Interesting. I must admit it’s been decades since I’ve heard a Bose system, but back then I rated B&O higher.

They get it right on occasion. I would argue the first generation H6 was an exceptional pair of headphones at its price point, very accurate and neutral. So much so they had to dial up the bass to boom in subsequent versions to get any sales…

I also love the sound of the Beocom 2000 telephone (really) as it was miles ahead of anything else. I’m thinking of getting a landline just so I can reinstall mine.

Most of the time it’s well-made lifestyle gear. Nothing wrong with it, but not something I have any particular need for.

I do like the Bang & Olufsen turntable in the AA advert , I am though a sucker for good looking turntables 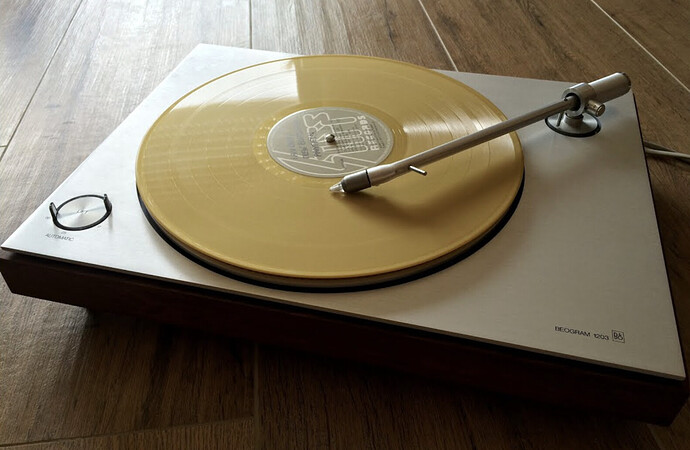 I haven’t heard any recent offerings from b&o but have heard a few of their older systems from say the 90’s back, always thought they sounded good, definitely a lifestyle brand but a very good one at that, I like the danish design thing too. I would definitely have considered the systems I heard as been hifi.

I have a B&O century on the wall in my conservatory that is have owned since new in the 90s. Still works well and sounds surprisingly good for what it is. Doesn’t match a main system but it would hold its own with the equivalent Naim device I suspect and it cost pretty much similar money back in the day

I once had some B&O bookshelf speakers which had tremendous clarity. For many years I had a portable B&O radio which was superb. In its day, I longed for a B&O parallel tracking record deck, but it was at that time beyond my budget. It still looks modern. I think B&O has gone in a different direction over the last 10-20 years and I view it now as a lifestyle product rather than hi-fi. Having said that I understand that some of its current very expensive speakers do get good reviews these days.

I had a B & O CD player once. The build was crap, everything made of plastic.

I had a Beocom 2000 as well. Unfortunately it was very crackly and ultimately stopped working. The speaker in it was staggeringly good by telephone standards: it was almost like having the other person standing next to you speaking

My first system was B&O. Beogram 4002 record deck, with tangential tracking, Beomaster 1900 integrated amp/tuner - with touch sensitive controls and Beovox S45 speakers. This was back in 1977 and it cost £700 at the time. Was very futuristic in design and operation. To my ears it sounded great. Eventually I replaced it with LP12, MF amps and Gale GS402 speakers - which was a big step up. Current Naim system is better than all the previous ones

I had a good listen to the current Beolab 50 active speakers (a friend was interested) They are active speakers which accept digital and line-level analogue input, the demo room was not ideal, as it was very big and acoustically reflective but my goodness these speakers pack a serious and controlled punch.

I believe B&O are massively into DSP especially with their Beolab 90, their flagship. 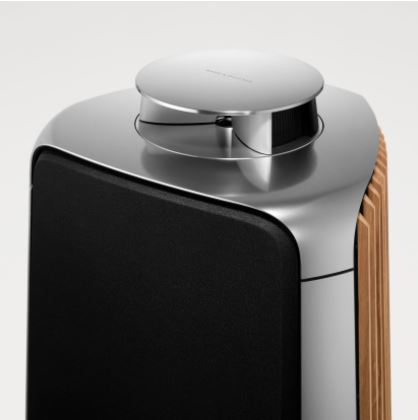 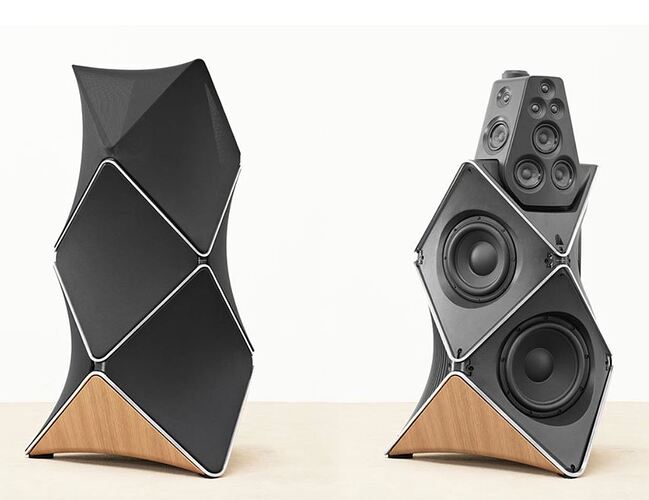 Clearly there is a lot of alternative high-end (amp/speaker) choice at this price range to compare them with, but for some who will more than likely stream from their iPhone to these beasts they won’t care for hours of auditioning in a grubby hifi shop, these do the business!
I wouldn’t underestimate the effort B&O have gone to in producing these speakers they are not glorified, Bluetooth counter top speakers.

I recall that HiFi Critic ran a long article and review of the Beolab 90.

Build quality is top-notch, and apart from the price and the size I would be happy to have them in my home!

I believe the older Beolab 8 is a little more sensible. 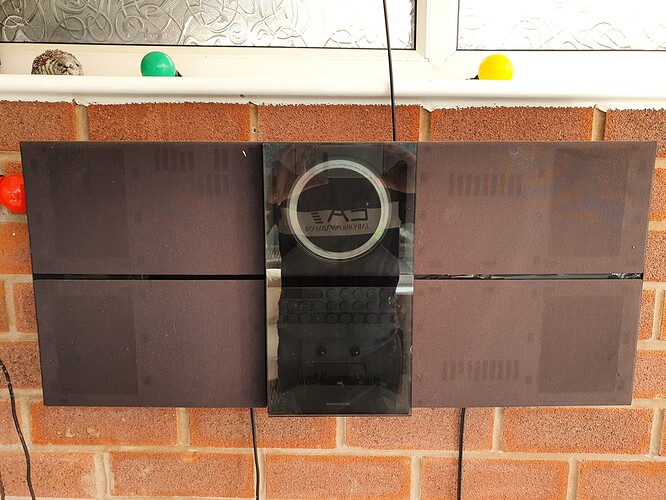 A friend of mine has that one as well. Not as good as my Naim stuff, but certainly very good for a lifestyle item!

In the late nineties my ex-brother-in-law bought himself a B&O system with active speakers for his country pad. I sat down fully expecting to be under-whelmed …and wasn’t.

At the beginning of the last decade a good friend of mine had moved house; his old Quad system had seen better days and his wife wanted a new hifi. They were seduced by a B&O multiroom system. I took them along to my dealer, who laid on a spread, and we listened to a range of systems. My friends were impressed, but were put off by the price: they bought the B&O. They could not bring themselves to buy a Muso and a couple of Unitiqutes, or vice versa.

I’m now trying to find ways to Roonify the B&O black box for them.