Is there a best input on the NAC252 PreAmp for an NDX2? Right now I’m using Aux 1 and muting the record function. Sound is good as is…but curious what others had experienced with this set-up. The NDX2 streams, Tidal, Radio and Uniti CORE. I used the CD input for my OPPO UDP 205 for SACds, BluRays, DVDs. I’ve searched the topic for best input configuration and reviewed the manuals and come up empty. Thoughts, comments and experience are definitely welcomed.
cheers!

Dont think that it will make a difference if you plug it into CD,Tuner,Aux 2 (No 24V) etc

As I don’t have a CD player any longer, I simply plugged my NDX2 into the CD input. I never even gave it a second thought.

I use tuner because it seems most applicable to its function when used with streaming services. And I don’t want to think it makes a difference in SQ because as a 252 owner with NDX2/555, CDS3, and P10, I would prefer not having to assign an inferior input to any of them!

I started with my nDAC into the 252’s CD input.

It sounded fine but the volume range was very narrow - not much either side of 7 and 8 o’clock.

I have just moved it on to the AV input.

Better there for cable dressing purposes.

And, I’m not sure whether I’m imagining it but it seems that the volume range is a bit wider too.

I did a lot of cable dressing in the past couple of days (and placed a Cisco 2960, powered by external smps, between the router and ND5XS2).

All this helped SQ.

But perhaps the best of all was rearranging the Burndy and snaic between 252 and supercap.

Now, as recommended by Richard Dane, they run ‘close but not touching’.

The compromise is that I had to use a 1 inch circle of pile lagging to achieve this.

Bley, Peacock and Motian are really ‘in the room’ tonight! 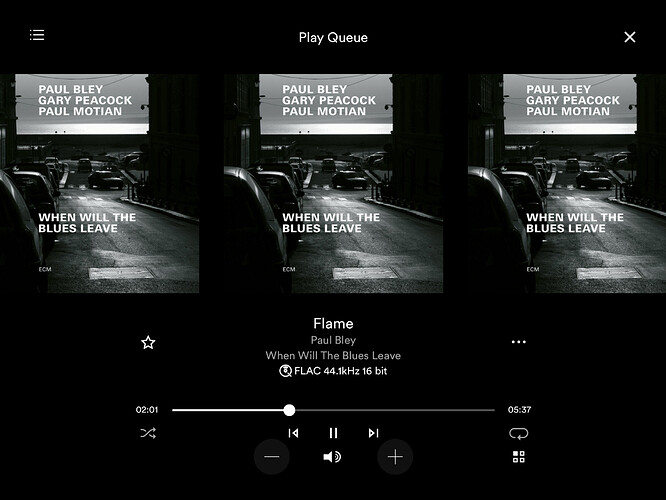 I also spent a lot of time dressing, trying to put into practice all the wisdom I found on this forum. But I thought for the burndy and snaic it is “close but not touching except in one spot” - which you can hardly avoid anyways due to the plug placements. Anyways my space is too cramped to avoid pipe lagging, I did the best I could.
Also using an EE switch, because why not. Cannot make anything worse, either it helps or is irrelevant

See here for my recent level of OCD reached

My rack is still not done because I have waited for 3 months for the new CDS3 levels, finally they seem to have arrived at the dealer now. So I guess next Sunday may be system pics time!

All that said, with the recent addition of the P10 as well I still prefer to rest in ignorance and to believe that none of the three source inputs I use on the 252 is inferior

and muting the record function.

Sure I read somewhere that muting has either zero or a -ve effect on sq. Whatever, mine is unmuted, and the streamer goes into the CD input. It wouldn’t occur that any input would be of a lesser standard than the others.

As a step to prove that this isn’t all utter madness I’ve previously asked Mrs H to move the Snaic cable about so that it’s touching then not touching other cables. I couldn’t hear any difference as she moved it around, then she asked if I’d like a cup of tea.

Tea? after all of that…Why not a bit of Irish Whiskey?

It was more in sympathy. Now you mention it though…

Sure I read somewhere that muting has either zero or a -ve effect on sq.

I simply do what the Naim manual says:

7.3 Record Mute
At times when the NAC 252 record outputs are not required
it is good practice to mute them in order to minimise power
consumption and maximise sound quality.

There is also the occasional discussion whether unused inputs on the Naim streamers being enabled in the app makes a difference, IIRC because there are conflicting quotes in a magazine review and by someone from Naim. I believe the wide consensus is that on the streamers there is none. Maybe that’s what you remember?

Hi Suedkiez. It’s both - despite the manual recommending muting the rec o/p some have said on here it does have an effect. I can’t hear one, but that’s no guide to whether it’s true or not. Same with disabling all unused inputs on a streamer; the arguments go both ways. Again I’ve given it a go but didn’t hear a difference either way.

Sure, I was trying to say that in the case of the pre, whether I can hear it or not, there is no doubt about what Naim’s official position is, so this is what I do. It does not hurt as I am not using the tape outputs.
For the streamers, no such official position exists as far as I know, all there is are conflicting statements somewhere, and as I don’t hear a difference I do what is most convenient, i.e. disable them because otherwise they clutter my app and force the buttons that I actually need to the second screen

I use CD as I did for the NDS. AUX 1 iv3 always used for my Phono - not that probably makes much difference!

I just added photos of my cables to your other thread on cable dressing, for reference, as it does make a difference to SQ.