I’d go to Amazon and look for well-regarded vendors such as SanDisk, Western Digital and Seagate. WD and Seagate have portable external harddrives connecting via USB. I’d go for WD or Seagate; they have 1TB drives (and larger) starting around US$50.00.

I’m not sure I’d want to navigate a large library on the primitive interface you get with the USB input. Running a UPnP server is so much easier, but still, if you want to do it who am I to argue.
I generally buy such things from a website called mymemory(dot)com as they usually seem to have very good deals on USB sticks etc. I usually buy whatever is cheapest, usually their own brand, as I find no advantage whatsoever in more expensive ones for music use, and the data transfer rates are low for audio files.

Surely one of these is necessary? 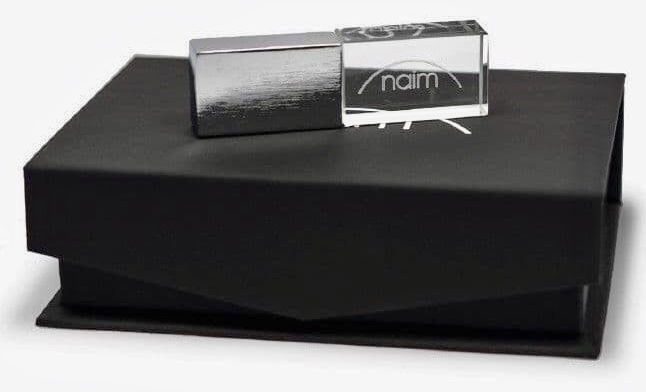 Are you looking for a usb stick ie 32/64/128 gb, or a usb drive? If the former, then sandisk or Kingston are recommended. If the latter then a Samsung “T” drive is good ie T5 or T6 or T7. 1TB is probably plenty!

How much storage do you think you need? You might even find a large flash stick will work for you, which will then look a lot tidier.

I’ll be using this UQ in a holiday flat where there is no internet connection apart from that which is on my mobile so any Network based solution isn’t possible.

This will be my 4th UQ and have found that USB sticks with CD rips offer the best SQ for digital replay plus the basic interface isn’t really an issue for me.

You could run a very simple local network, all you need is a router (which doesn’t need internet connection), a raspberry pi running upnp and a usb ssd drive attached to the pi.

Actually you might even be able to do away with the router and run dhcp somehow on the pi itself, I’ve never tried.
Ah you can, this plus necessary config afterwards:
sudo apt-get install isc-dhcp-server
Then set the pi as a WiFi hotspot and you could use the Naim app on your phone.

I’ve been using a Integral 256GB USB Memory 3.0 Flash Drive currently £23, for the past year in my ND5 XS2, and has worked brilliantly. I have over 11,000 flac tracks on that, with lots more space. I also use a sandisk shortee as above in my radio which works well, but cost more for the same Memory size.

USB sticks are generally not the best solution for (semi) permanent storage, since they lack most error correcting and other technologies to keep the disk and data in good shape (like TRIM).

For this type of storage it’s best to use a USB HDD or SSD, these are much faster, more durable and better for data integrity.

USB HDD’s and SSD’s are very affordable these days, not much more expensive than similarly sized USB sticks, so there is not much reason to use a USB stick in most cases.

The cheaper the USB stick the more likely it is to fail within a year of use, simply because they use the cheapest and most unreliable flash memory and controller chips.

A similarly sized SSD hardly costs more than that and would really be a much better (more reliable, faster) solution for this purpose:

Thanks everyone the Pi solution though very eloquent is something beyond my skill I’ve played around with Pi’s before and it’s not for me though a small flash drive could work.

Depending on capacity required, perhaps consider a portable Samsung SSD drive. Small footprint with capacities up to 2tb. I have only used as a portable hard drive but the ones I own have run faultlessly for several years. I presume they could be used for the purpose the OP intends - but could be wrong!

keep the disk and data in good shape (like TRIM

Interesting, and matches what I just looked up. Although as I understand it, it all relates to the inherent problem of Flash memory (USB sticks and SSD) to get degredation from multiple writes. In the case of Music on Memory sticks/SSD, you will be doing reads with minimal writes, so less of an issue.

In terms of read quality, I cant see any differences between the two, especially as the modern Naim streamers have a 50MB buffer. Where issues may arise is around electrical noise, which I cannot comment on. Certainly I hear no difference between USB stick and Streamed Tital music. Either way, these are all solutions to consider. Good Luck OP.

And I seem to recall that the UQ won’t read a HDD through the USB socket in the front panel.

It’s mainly that with only a 10-20 gbp price difference there isn’t really a good reason to go for a USB stick. You can always repurpose an SSD and use it as a drive in a UPNP setup, it will be more convenient for copying large amounts of data, and if the USB stick does fail it’s just a hassle to get another one and copy everything over again. Better to just go with the most reliable option right away.

Actually just remembered I tried two separate WD my Passports on previous UQ’s I owned and neither worked.

Yes, on a 1st gen. Naim streamer you should just stick to memory sticks. Suggestions for various USB hard drives etc. are no doubt coming from users of current gen. Naim streamers who perhaps don’t realise that these will not work on the older models.

I remember being very impressed with the sound from a USB stick and at the time it was considered the best way to play CD Rips.

You can use usb hard drives with a unitiqute. Simply reformat as fat32. Windows won’t do it, limited to 32gig, but other software can. (and dont try to do it through powershell, it will work but it will take forever). I use AOMEI Partition Assistant, you can get a free version (“standard” they call it), from their website, it works really well, also let’s you do hdd->ssd migrations etc.
Here is my 320gb drive. 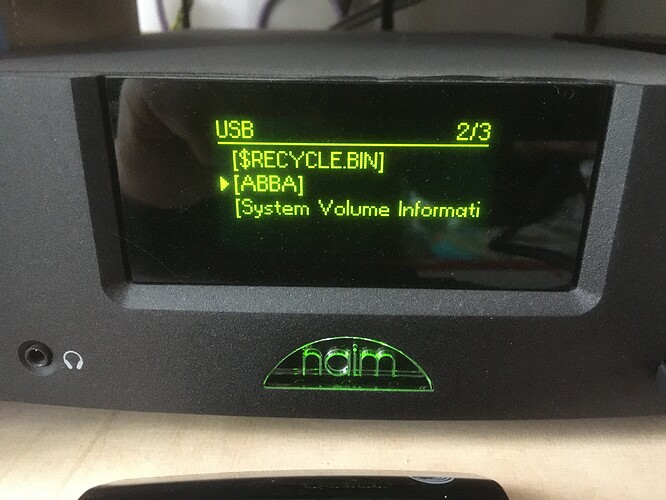