When we moved into our current house we inherited a box full of vinyl, which we found in the loft.

It’s mainly things like what you see in the picture.

The Alexei Sayle single couldn’t be more novelty if it tried! 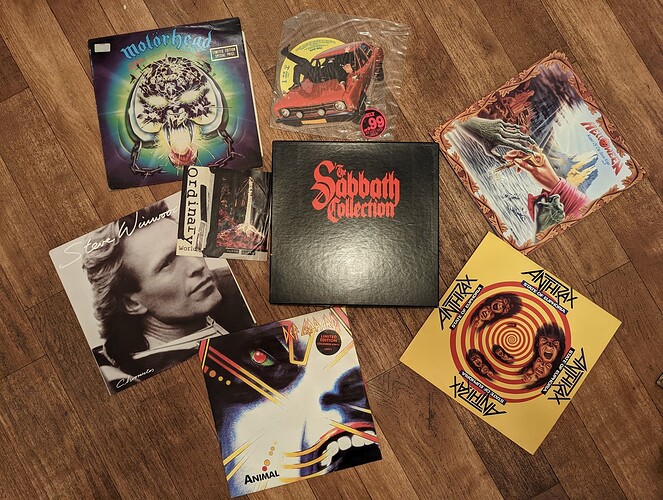 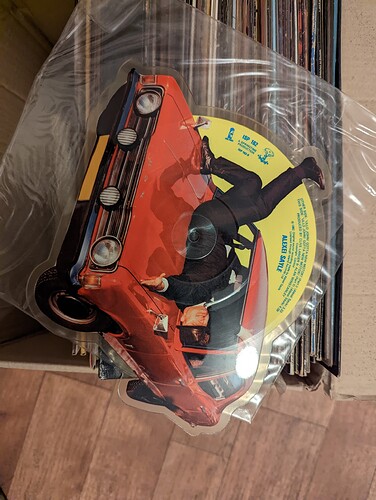 Don’t sell them…
Buy a turntable and enjoy them!

Or give them to your local charity shop!

We already contribute directly to certain charities. These are so specialised that they would likely just end up being bargain hunter finds and return very little for the shop itself.

Discogs or eBay but for less hassle just google and find a local used record shop you might get less from a dealer but it will be a lot less work.

I sold my 300 album vinyl collection earlier this year.

If they are in good condition and interesting artists/albums then what I found:

I did a search on the Google machine - “buying vinyl in my area” and put an excel spreadsheet together with the artist and album.

Result was (I) no interest (ii) I like the collection but I don’t have enough cash at the moment (iii) here is the offer.

Selling to your local secondhand vinyl/CD shops - For CDs the going rate is about 10p to 50p per disc and for albums about £2 - £3.

You’ll probably hear stories of people say oh you’re sitting on a goldmine but as has always been the case secondhand vinyl is the equivalent of radioactive dog doo doo. Unless it’s a Beatles first pressing.

I’ve got a friend who’s into this kind of stuff. It looks like it’s an early Christmas for him.

Alternatively, I’m going to get a perm and keep them.

Might keep them. Just unsure of which hairstyle to adopt 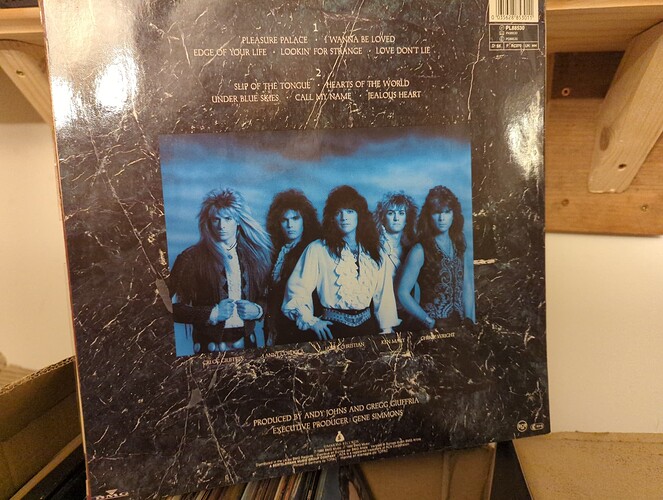 Sorry I had a bit shocked when I got the numbers from a few dealers but not as shocked as when I sold my collection/life’s work of 14,000 CDs - it’s a bit like the financial crisis of days of olde - what you had them valued at on the books is not what they realise in reality.

Agreed. Nothing worth saving there. If you’re really desperate for cash, shove them on gumtree. Some sad soul will give you a tenner for the lot.

If you are willing to put in the effort put them on Discogs or eBay. I do mean effort as finding the exact version on Discogs takes time. The effort will tell you what they are worth to a point and what to sell them for of course. On Discogs ignore the high value and assume depending on the condition it is somewhere between the lower and median value. It is also worth taking the time to understand the std condition ratings and honestly apply them to your records.

The effort involved to sell to get maximum value is the key and the reason why if you go to a 2nd hand record seller and ask them to buy them they will offer around 10% of what they might sell them on for because they have to put in the effort to identify and grade them to sell them as well as all their other overheads.

If you are willing to put in the effort put them on Discogs or eBay. I do mean effort as finding the exact version on Discogs takes time. The effort will tell you what they are worth to a point and what to sell them for of course.

Its not really that hard to find the right version on Discogs.

But - as others have said, will they actually sell…?
My experience is that its a very slow process…

Not hard as such but t does take time and for some will be hard to find. If you have 100 records to check many will only take a couple of minutes but if you are serious about getting the right version some will take a lot longer given many versions with subtle differences in the dead wax/runout and to the collector, it makes all the difference. so checking those hundred records can take a couple of hours which is an effort many are not prepared to put in. Then of course it takes effort to pack them up and ship them to buyers.

I agree it can be a slow process to sell unless one has unusual sought-after record versions in VG+ or better condition.

An example of Pink Floyds Darkside of the Moon a VG+ NM example of an original release can vary from £30 - £200 (median value) depending on the version identified by the markings in the runout. A reprint release later the same year (1973) could be £20 or less. It takes effort to work out which one has. There are over 40 different versions of the album released in the UK over time and a total of 450 or so worldwide.

There are of course examples where there will only be a handful of versions and so much simpler to check.

Be careful here, these aren’t all worthless.
I can’t see what version that Sabbath Collection is but if it is the 7 LP set they can go for about £200. The Helloween album sells for £15 to £20

In my experience, shops won’t pay much for really common LPs (Phil Collins anyone?) but some of the more heavy metal ones should get better prices if in decent condition.

Most of those, if representative, appear to be in very good condition from the LP covers.

The question then is what is the actual vinyl quality like, and unless you have a turntable probably difficult to assess even if the A/B sides appear relatively unscathed.

Even if you had a turntable then taking time to listen and rate them will be laborious especially if the music is not to your taste.

I think it’s a case of either ‘shifting the lot’ for a fair but likely low price or spending a lot of time researching and potentially having to listen to them.

Hate to say it but I’ve reached an impasse with vinyl - I have too many LPs but rarely listen to them, new vinyl is simply too expensive in general and ‘modern pressings/remasters’ are often woeful.

Never thought I’d feel like this about vinyl but have recently considered storage space negatives, depreciation from new and the fact that when my time comes no one is going to actually have an inkling of what they may or may not be worth or the best way to dispose of them.

Admittedly I’ve not tried selling records to a dealer but sold on both eBay and hifi forums. When we bought our flat in Spain the backside fell out of the pound due to Brexit and so found ourselves needing cash so I sold some rare Jazz, Paul Weller, Oasis and Nirvana records it was heartbreaking but I was really, really surprised at what they sold for sometimes double what I thought. Condition is everything as is your grading so unless a record is sealed do not grade it mint or even nr mint grade it VG+ always, always grade ultra conservatively.

Thanks for the input everyone.

Even though the majority of these aren’t to my taste, I’m sure that someone would be over the moon with them.

I sat down last night, with the intention of enjoying the music. It didn’t happen for me, haha!

The first album that I pulled from the box was an album called “Pride” by White Lion.
I found them on Qobuz and had a listen but felt like I was watching Stranger Things.

The friend that I was going to give these to has moved into that shouty death metal genre, so he politely refused them.

My question is, do I need to get someone to play them fully to give a proper evaluation of the condition?

Had this been a box full of Savage Garden and the likes, they would have been target practice but that White Lion album showed a median of £13.00.
Even if for a bit of a laugh, it seems worth a punt.

do I need to get someone to play them fully to give a proper evaluation of the condition?

If you are selling on Discogs, I would say yes. You need to be sure the condition you state is valid. Not a problem, if you owned them from new. But thats not the case.