Just wondered if anyone may be interested in Pics, sightings and general birding stuff
Could be of either your local birds or sightings you have made anywhere in the world. I am a birder though NOT a twicher ! and interested to see just what I have been missing to date.

Any idea’s or thoughts just jump in…

Locally we are lucky enough have Ospreys nesting, though these have now left for winter. One of our locals is on a satalite tracker and last noted in Mali heading southwards to follow the Niger River which should take him through the SW corner of Niger into Nigeria and down to the coast. Just hope they all make it as it’s an incredible journey

In the best tradition of “Blue Peter”…Here’s one I did earlier. 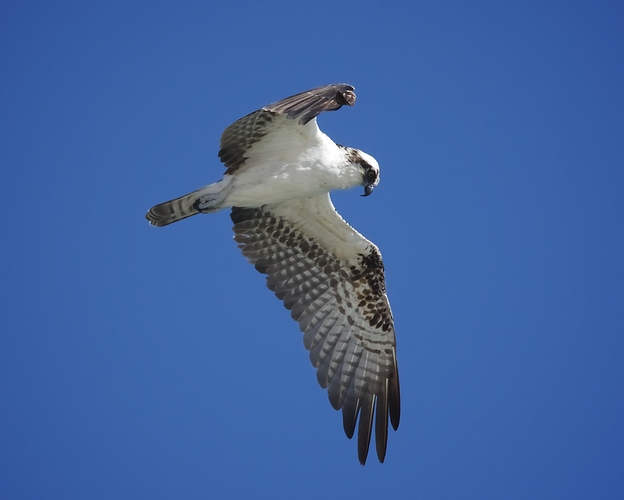 Good thread suggestion Chifchaf
I’m a keen birder, also not a twitcher I hasten to add.
I live in Oxfordshire not far from Red Kite Central in the Chilterns, we have them flying & perching close by all the time. My village is surrounded by open small hills country so have a lot of viewing from garden & local walking, we have a regular Buzzards adding to the Kites plus Kestrels & an occasional Peregrine. The village has a huge population of Jackdaw, great fun to watch especially when the juveniles first join the flock, trees full for a very noisy meeting followed by mass formation flying.
I was watching a flock of ground feeding Fieldfare on this mornings walk, yesterday we had Redwing in the garden hawthorn, winters here, brrrr.
Nearest (my) RSPB reserve is Otmoor, this summer we had four Cuckoo calling simultaneously along a long wooded boundary to the reed beds (Reed Warbler are the usual victims)
Turtle Doves (again), the regular nesting Hobby’s, Peregrine, Marsh Harriers, Ravens & a few Redstarts called in, plus a short stay pair of Cranes (we assume from Somerset)
Now all the over wintering waders & ducks are coming back & as the wintering Starling flock increases we should get some murmuration picture opportunities.

Outside UK I’ve spent a lot time & lived in southern Africa but remain confuggled with the huge species list in that area. As soon as the virus thing allows it we plan to go back for a long extended stay. 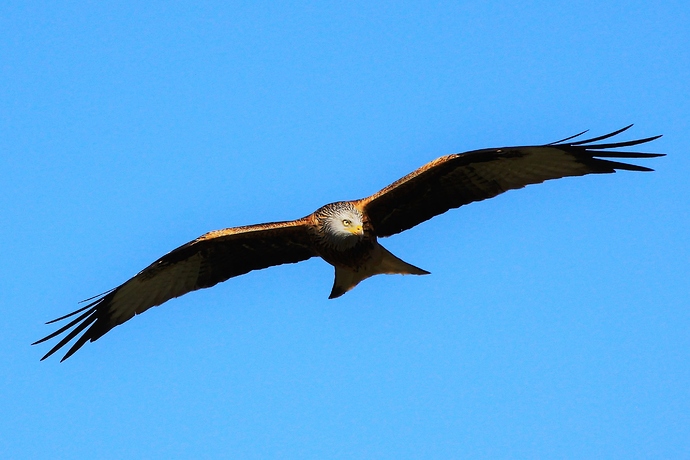 This may be of interest, I initially misread it as rare rufous bush cat: 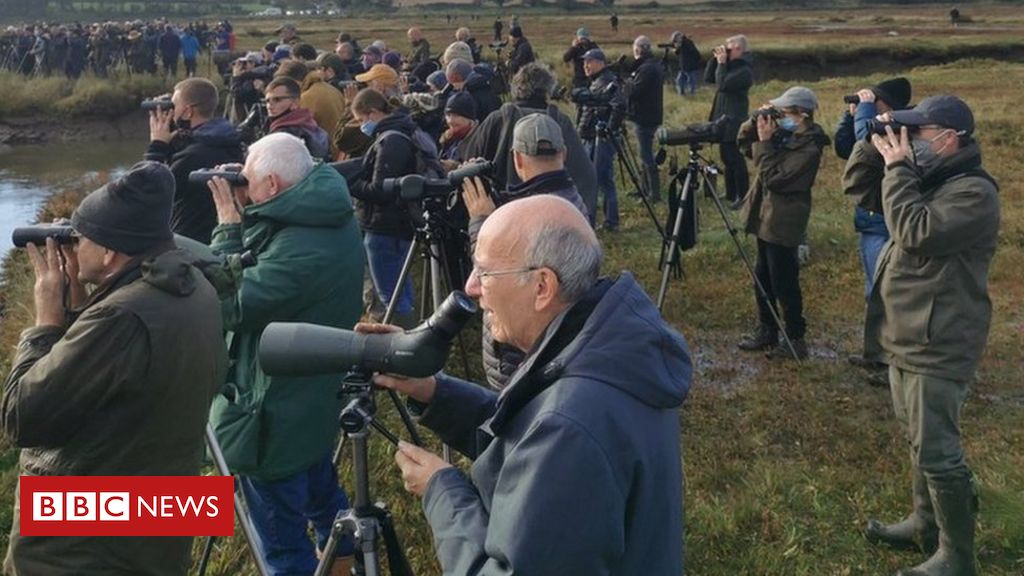 The rufous bush chat was spotted at Stiffkey, Norfolk, and up to 100 birders came to see it.

Could be a sparrow for all I know about our feathered friends! 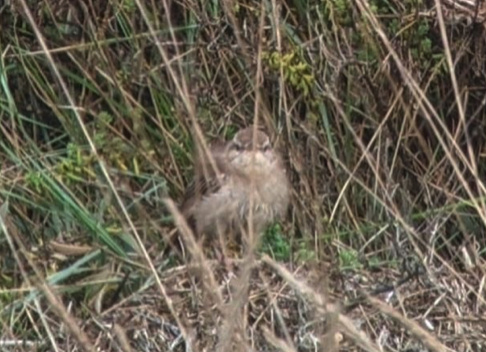 I end up taking quite a few bird pics, not as a birder per se but because I like watching and photographing wildlife behaviour, most of which round our way involves birds!

Even three legged ones. 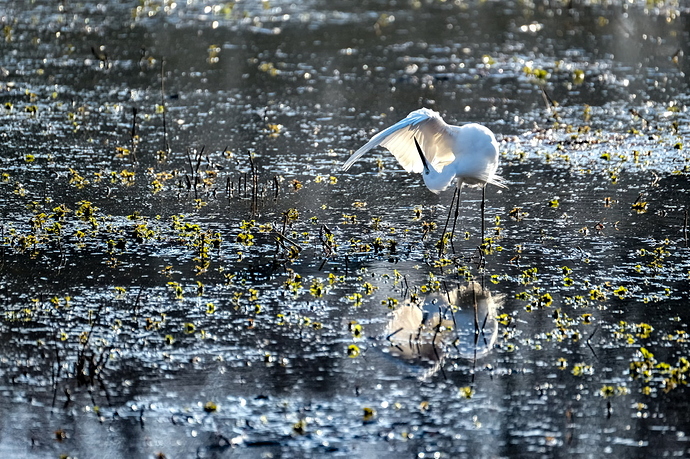 I was just thinking that birds are probably my most photographed non-domestic animals, simply as most others apart from squirrels or farmyard animals are quite elusive.

We had a few days in Suffolk and the Alde estuary was at the bottom of the garden. 100,sof Avocets plus loads of other waders 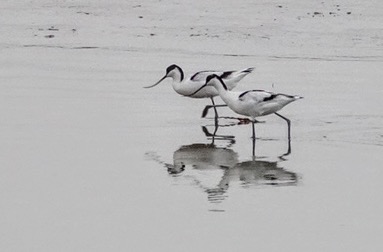 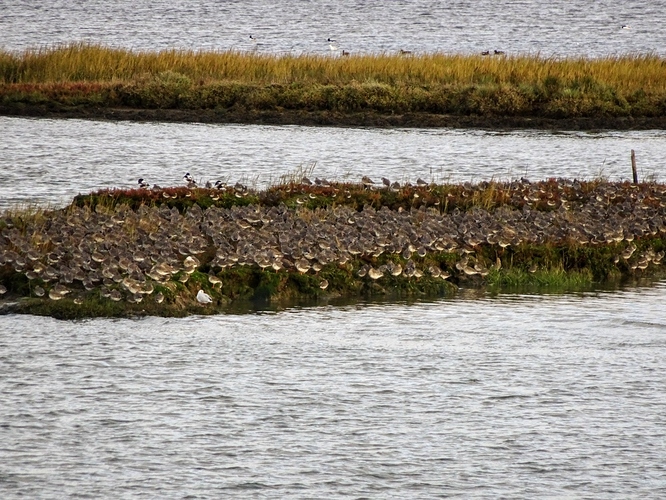 Hi Mike,
Glad not to be the only one with an anorak in the cupboard…

Red Kite…… absolutely fabulous birds, used to see them often on M5 down nr Oxford and Banbury way and also near Rutland. They have come a long way from my first sightings at a farm in Dumfries and Galloway where they fed them daily and charged a small fee to those of us lucky enough to witness the spectacle. Am Luck enough to be within easy travel of the WWT Claverock site which has so many barnacle and Pink foots during winter. Have a soft spot for the Brent’s down in North Norfolk though.

Like you I noted LOT of calling Cuckoo this year in a valley about 10 mins away from our house, They certainly stuck around a long time rather than just pass through. Had a lot of Pied Flycatcher at the same location (see pic) this yea. They seemed easier to spot but due to the lockdown the area was particularly quiet.

Jealous of your Turtle doves as of course they don’t get this far North (Cumbria). Haven’t seen any Fieldfare or redstart yet either.

Have been lucky enough to do a fair bit of traveling over the years and I recall our guide when on safari in South Africa being somewhat miffed that one of his charge wanted to stop and look at a Lilac Breasted Roller which I found fabulous but he regarded as common muck!

Perhaps anyone interested could give us their ultimate birds seen or wished to see….but I guess the lists may be very long in a lot of cases.! 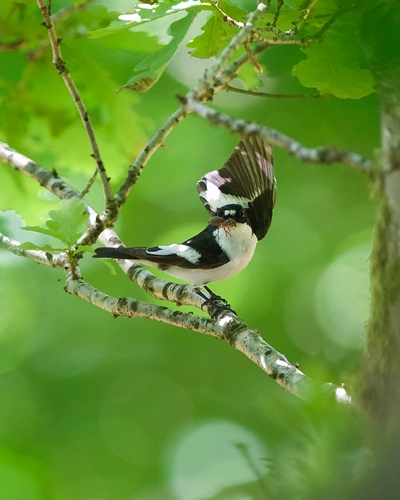 I used to live in Nettlebed, then Highmoor. A few years back I revisited Highmoor for a book launch, walking around the gardens a shadow passed overhead: a red kite, almost within touching. An awesome sight.

I now live in the Cotswolds; as a child Buzzards were rare, now they are an everyday event, and red kites are here too.

I recall our guide when on safari in South Africa being somewhat miffed that one of his charge wanted to stop and look at a Lilac Breasted Roller which I found fabulous but he regarded as common muck!

Absolutely, common as … a Lilac Breasted Roller …
When in SA I always try to spend time on safari. Kruger & the many privately owned reserves, also further south in KZN, Phinda is a real favourite & Hluhluwe–Imfolozi (once had an elephant wreck my car there) anyhow, a few Africans for you to google over. 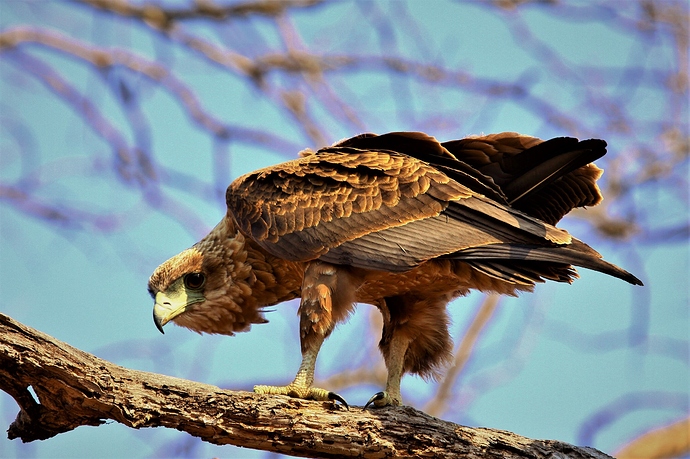 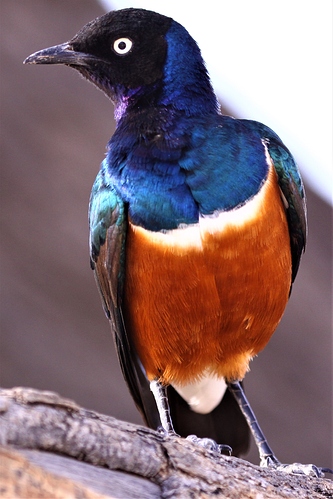 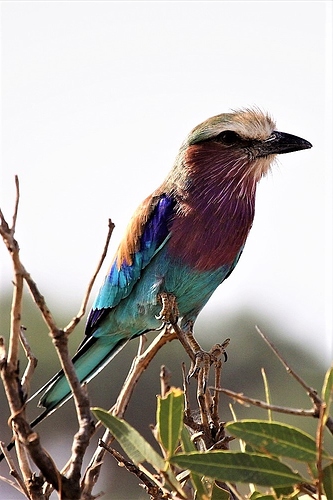 Definitely one for the twitchers!!
Love birding but never to the point of “must tick at any costs” types. A little to intense for me. 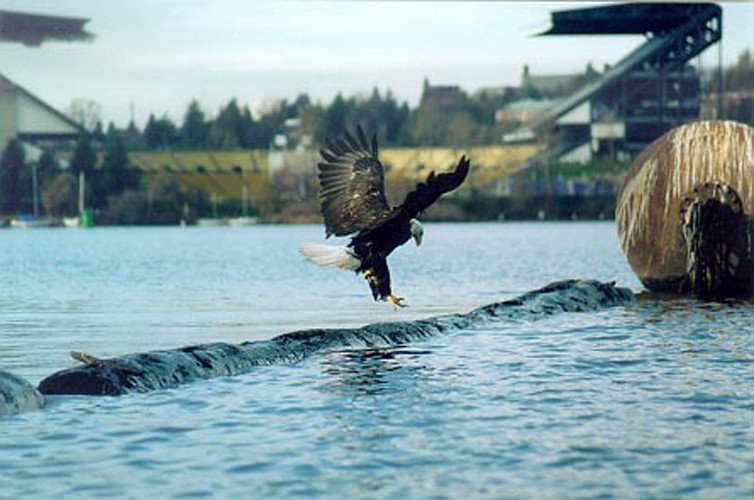 This picture of a bald eagle was taken while kayaking on Lake Washington with an older Minolta film camera in 1997. As I approached slowly the bird rose up and resettled on the log. I disturbed his lunch, that is a fish in his left talon with the University of Washington sports stadium and campus in the background.

Great shots… in particular of course the LBR.

.
Will have to have a look at some of my African bird shots again. Loved Phinda also.
Well remember Forest Lodge.

Got into birding as a 9/10yr old kid ironically when collecting Brook Bond tea cards which had wonderful (to me) bird pictures. Clearly recall a couple, Resplendent Quetzal and C-o-c-k-of-the-Rock ( word not allowed on this site !). Always on my life bucket list but have at least seen one of the two to date.
Like most the virus had put pay to any foreign trips this year but can at least go birding locally. Can’t get over the fact that I will have to book to go to WWT Caerlaverock

Must have been cold.! Majestic bird. I remember seeing them in Canada and also Wyoming together with lots wintering in Florida this time of year of course. Funny how some bird experiences just stay with you when you look back. We were due to fly out to Seattle at the very beginning of September foe a 4 week tour but Covid saw that cancelled

That shot was taken in winter. At the time I was living in a floating home on Portage Bay and was able to get a lot of exercise and hours on the water with the kayak right outside the front door.

I do hope you get a chance to visit the Pacific Northwest some time in the future. My wife and I just returned from four days on Orcas Island and enjoyed some hiking in Moran State Park and the Turtleback Mountain Preserve. We enjoyed mild and warm sunshine along with high winds and cold rain during the trip but the scenery and views were simply beautiful. 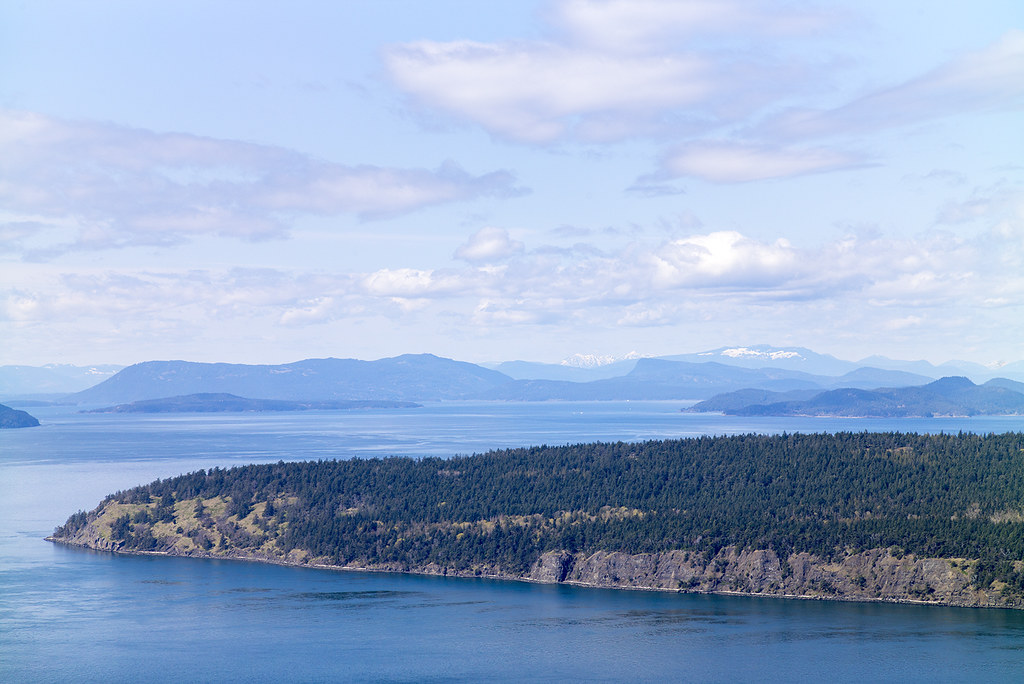 One of the things the lock down has done is keep me local. Whilst this is fine and I have discovered more of my local patch it has meant that I have missed out on trips I would usually make during the year. This is the first time for several years that I have not been able to get to the Farne Islands during breeding season. If you have never been it’s a must as it is imho the uk’s best wildlife experience. Everything is noise, smell, and fabulous sights. There are also great pubs nearby ! What’s not to like?

Anyone else been to the Farnes?
Here’s one of the birds I’ve missed this year on the Farnes 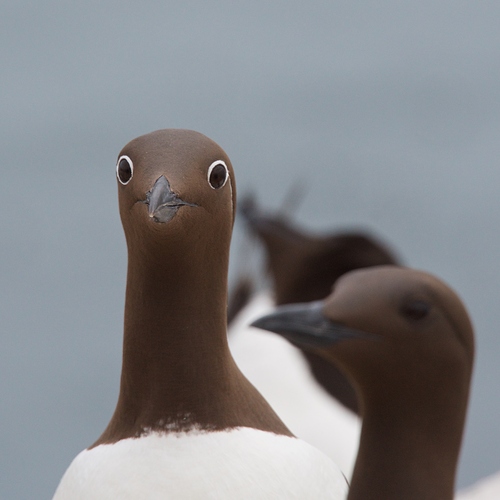 . I know it’s your passion.

We seem to have a glut of Kingfishers along our stretch of canal at the moment. It is rare not to have three or four sightings in a short walk. It is odd, we can go months without seeing a single one. Always a treat though, and watching one juggling with an almost too large fish the other day was quite impressive. It finally got it end-on and swallowed!

Kayaking in The Broads earlier in the month we had several close encounters with Marsh Harriers. Lovely bird. Kayaking seems to get us close to a lot of wildlife as if we are somehow less threatening being on the water. Photo not my own. 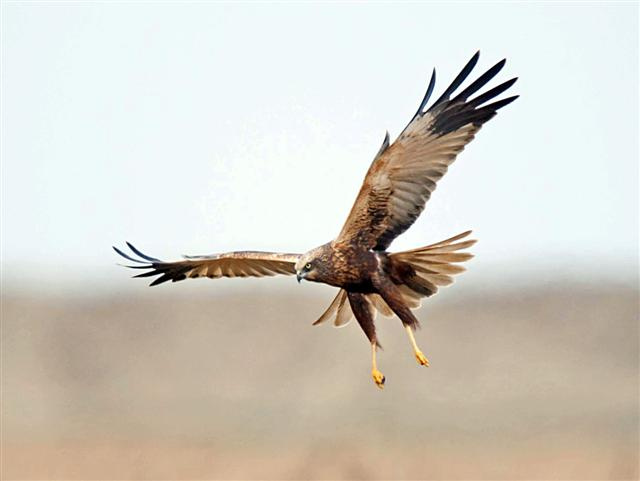 I’ve spent time on the Farnes during a couple of Northumberland holidays, always a beautiful and spectacular site, and there is the traditional show of the inevitable person who ignores the instruction to keep away from Arctic Tern nests.

We have a male and female Kingfisher quite close to us and I bump into them occasionally. Very elusive this year though, the male here was back in March and since then I’ve only seen occasional flashes as they disappear upriver.

Maybe they’re fed up with the Parakeet invasion! 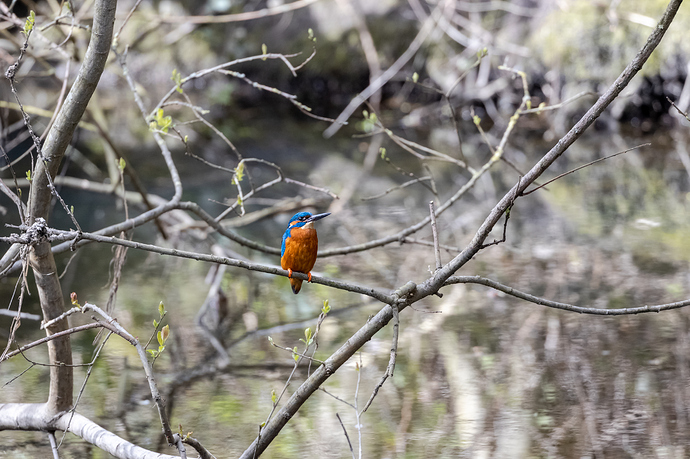