Just thought I would share this app. Get this. Take all you Lego bricks and flatten them out on the floor. Allow the app to scan the them by taking a picture which it analyses. After a minute, it then comes up with Lego plans based on the pile of brick you have (it scanned 1000 bricks in our pile and gave us 100 different plans) and it can even show you were each brick is you need in the pile for the different plans.

It is just me or is this amazing. When I was growing up we only had 3 channels on the TV!

Three? You were lucky…

On a related note, and as ever, late to the party, I have recently discovered the Lego design Studio software and the Bricklink lego trading site.

Oh dear, this could be a sink for my retirement fund………

That sounds as if it takes the imagination out of Lego… (Mind you, so did the introduction of packs with special parts designed to make specific things.)

How does it differentiate between full height bricks and the different thickness ones?

No idea, I would say magic but I think it might be AI technology.

That sounds as if it takes the imagination out of Lego… (Mind you, so did the introduction of packs with special parts designed to make specific things.)

I would not disagree with that, having had just a “box of bricks” when I was young.

Nowadays, they even give you a book of instructions detailing how to build whatever it is you’ve acquired! No imagination or thought* required.
*OK some of the diagrams do need a bit of thought…but you get the idea.

But I do enjoy building them.

That sounds as if it takes the imagination out of Lego

Not for the guys (or girls) that wrote the app.

I would guess there is a list of parts they can recognize. And that they skip any part they can’t recognize. I would say that is the hard part. Probably machine-learning.

But my explanaaion make Brickit sound really boring, In use it is great fun and a creative app!!

You were lucky, we didn’t even have a tv

This sounds like we have The Four Yorkshiremen skit beginning soon …

I was the sado who, back in the 60s asked for Lego and got Betta Builda.

Built when I was a kid: 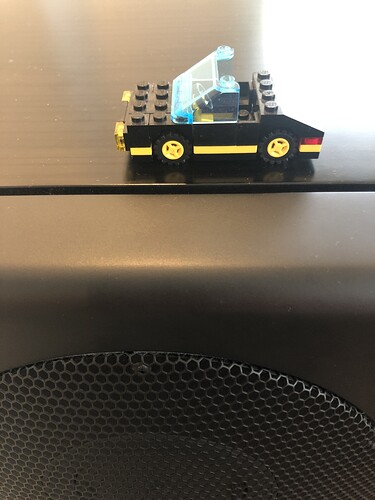 Very much tempted to take it apart and let the software come up with a better design.

i had just one piece.

asked for Lego and got Betta Builda.

Oooh, that must stung!
As a kid my neighbour had that too, after a while the bricks lost their ‘snap tight’ when clipped together.

All fake legos get removed from my house discretely. It just plastic pollution.