A couple of years back I played around with infrared film/extended red sensitivity black and white film, that I could filter further using a red filter to increase contrast and reduce non red visible light . It certainly made some interesting images… to the point positives looked like negatives sometimes. I liked what it did to landscapes and old decaying buildings.

I tried to emulate with digital, which I could do to some extent, but needed to use Digital Signal Processing to get the right filter response of extended red film. Most of the extended red film manufacturers publish frequency response curves for their film. However nothing like working in analogue for extended red/infrared photography for that lovely organic feel. 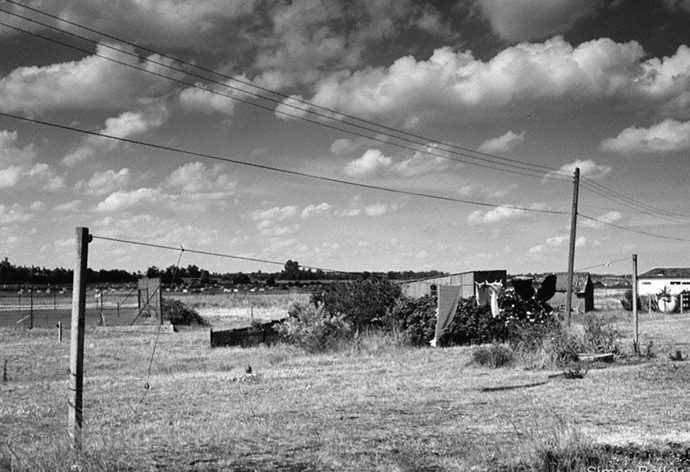 I, too, used to play with Kodak film IR - both the B&W film and the Ektachrome false colour slide film.

By selecting filters the B&W could be full vis+IR through to pure ‘invisible’ IR, and its contrasty outdoor shots could be very dramatic, especially with vegetation appearing white. You mention the almost negative-like effect from the white vegetation: I didn’t exploit that in B&W, but the same struck me with the false colour ektachrome: essentially that emulsion reproduced IR as red, red as green, and green and shorter wavelengtgs as blue, usually used with a yellow filter to block blue light. So vegetation with its high IR reflectance appeared some shade of magenta to red to orange . Printing a slide as if it was a negative gave green colour to vegetation, so a landscape shot could be near normal field/tree colours, but with pale shadows, …and an orange sky! Surreal, but good fun!

Unless specifically marketed for IR or full spectrum use, or modified, digital cameras mostly cut off the IR quite sharply, so have very low IR sensitivity and so have very limited capability in this area. But with the visible range sensor filter (called a ‘hot mirror filter’ removed (as mine now is), digital cameras open up other possibilities, depending of course on the specific sensor as there will be some variation in relative sensitivity and spectral range.

Used in B&W mode they do very much the same as B&W IR film, having similar IR extension, so the effect simply depends on the filter used in exactly the same way. The great advantage with an electronic viewfinder, however is that you can see the image as it will come out of the camera - even when filtering out all visible light, so you can compose etc as normal.

Colour work is a bit different from the old false colour Ektachrome, in that digital sensors effectively add the IR range to the red channel, red simply extending to 1000nm or so instead of cutting off at 650nm or whatever, while the green and blue channels are unchanged. The results therefore aren’t the same, though one commercially available filter produces something very similar straight out of the camera (as the first image in each of my two colour sets above). With digital of course post processing can be used in a variety of ways, including creating a negative image to make the vegetation green as I mentioned I did with Extachrome, but also a red green swap to make the vegetation green but keeping shadows as shadows and sky blue instead of orange.

With colour, as with B&W, an electronic viewfinder shows you what the out-of-the-camera result will be - and that is a huge advantage over film IR, because there was more guesswork involved with IR than normal film, so successful pictures fewer - and effectively more costly. (But I did enjoy the magic of the darkroom - however that’s another subject!)

Since posting that I’ve found the following info on IR film emulsion limits of sensitivity:

False colour: Kodak Aerochrome 1443: 900nm, and I understand Ektachrome was the same, simply being the consumer verrsion.

So whilst the Kodak films I used had the most extended range, they didn’t go quite as far into the IR as can modern unfiltered digital sensors (typically up to 1000nm). This means that with monochrome the digital potentially can do better than film, or the same with filters, but colour will be different because rather than false colour, natively it is extended red.

@CarSpy, you inquired about my modification of Canon drop-in filters. Did you follow through with your conversion?

Back in April last year I described my modification of Canon’s drop-in filter holders for their R camera EOS lens adaptor to make drop-in infrared filters. I have discovered that the place I bought my filters from, Kolarivision, have now introduced a range of infrared filters in drop-in mounts, which as well as saving work is significantly cheaper, some being only about the same price as the Canon clear glass filter I was having to buy for the holder.