After nearly 3 years of having speakers hanging from the ceiling on cable ties and hooks, I’ve had to concede that it’s not resonable behaviour and start running the wires through the ceiling.
Now I know why I’ve been putting it off!

Having done this a few years ago, you really do have my sympathies on this. A patience testing project for sure, but hang in there as it’s so worthwhile seeing all of the cables and boxes hidden away when done.

Thanks. Yes, I keep telling myself that it’s all going to be worth it!

Not for the faint of heart I know. I’m truly dire at DIY so I find this effort very impressive. I waited until we were building a new house and asked the builder to fit in-wall 7.2.6 ATMOS. They are pros and even the builder let out an exasperated sigh.

We’re currently 5.2.4 but we’ve got a couple of spare channels.

I’m in two minds as to where to add the other channels at the moment.
Which would you miss the most, if they weren’t there in your setup?
Front height (above main L/R and screen) or sidewalls next to seating position?

The rear side probably. But it’s all unchartered territory. The Dolby homepage has a lost of all the ATMOS configurations ordered by heirarchy stating with stereo 2.1 all that way to 13.1.6. That might be a good guide to judge from.

Yes, I used the Atmos guide when I initially started setting things up.

I’ve got enough spare gear laying around to give things a try either way, so I’ll suck it and see.

Glad I went for the 100m drum.
After leaving enough length on each run for future repositioning of the equipment, there wasn’t a lot left. 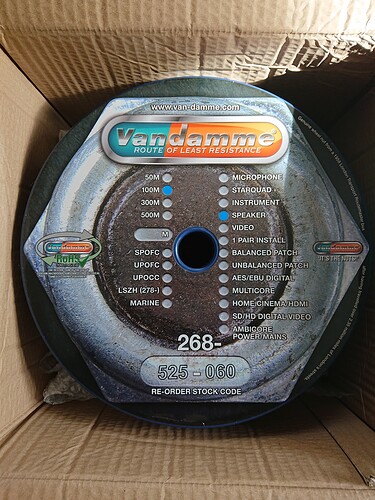 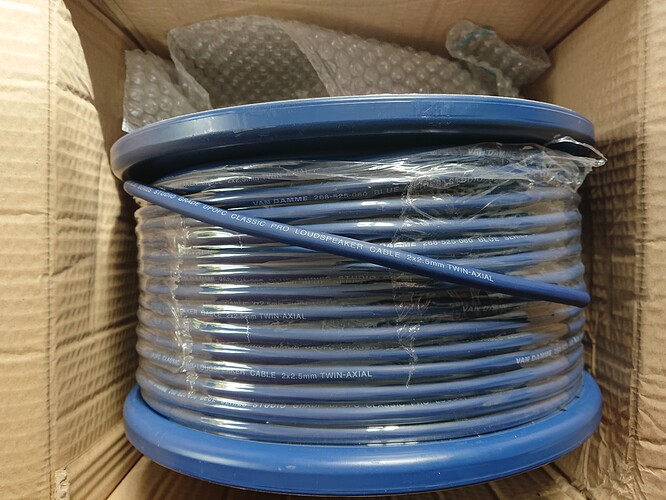 Things like this in the next picture are just one example of the many obstacles you’re going to encouter, if you decide to do this. 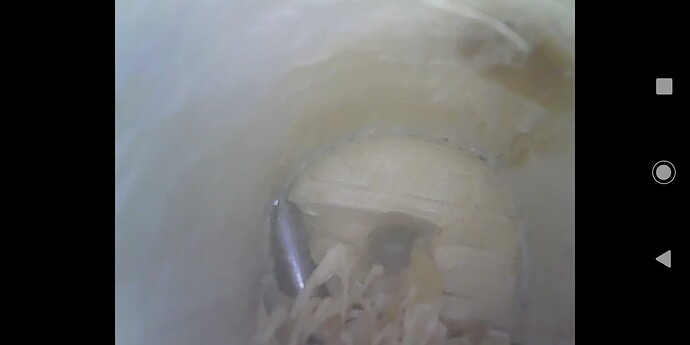 I reckon that I’ve spent enough on tools doing this, to start a small installation business. However, If anyone were to ask, the answer would be a straight NO.
I have total respect for the patience of the people who do this for a living!

I’m at 7.4.0 and will wait until I move house, the trouble is I will then need to better my audio set up when adding something like a Trinnov and 4 or more overhead channels. I’m still not connived I will genuinely be any further for near £30k investment… Especially using a Trinnov and Storm to compete with a heavily modified analogoue out solution, they don’t even have decent linear power supplies…

Just Googled Trinnov. Never heard of them until you mentioned them.
Next level stuff.

Agreed its very high end technically and sounds very good, but… I am not convinced it does music as well as I get from my analogue out set up. In fact if I’m honest they’re all some way behind. I am getting some really great sounds using a modified AV2 in series with a SuperCap/32.5 driven from a highly modified Panasonic 9000 player. It’s hard to deal with full ATMOS and some films wont be as good, but the whole integration and dynamics are superb for 99% of material

I’m no where the level that you’re talking.

Our main L/R Speakers are powered by the SN3 and the subs are a pair of active BK Monolith +
Our Marrantz Sr7012 does all the processing trickery and powers the surround/ceiling/centre.

Source at this stage is usually anything UHD streamed or on Sky.

At this point in time, ignorance is bliss due to not knowing anyone with much more than a soundbar, haha!

No doubt, this will also end up being a slippery slope too.

I started my home Cinema journey with a Yamaha AX1 receiver in 2001, not sure how I ended up with 13 separate naim boxes in the AV set up

This is exactly the reason why I had a pellet built around the lounge edge.

It now houses my projector screen, Hue down lights and Atmos speakers. And nice and easy to run cables. It also nicely frames my star ceiling.

I’m after inspiration for lighting, if you wouldn’t mind sharing a few pics?