Hi everyone, I listen to a lot of liquid music from Apple Music, and currently as a DAC I use the ProJect BT Box E (see picture) which, considering the price, really works wonders. However, I would like to improve the quality, and I am thinking of replacing it with the new Cambridge DAC Magic 200M, of which I have read excellent reviews. The music source is my iPhone, so I need a Bluetooth DAC. Has anyone had the opportunity to listen to it? Thanks.
Maurizio 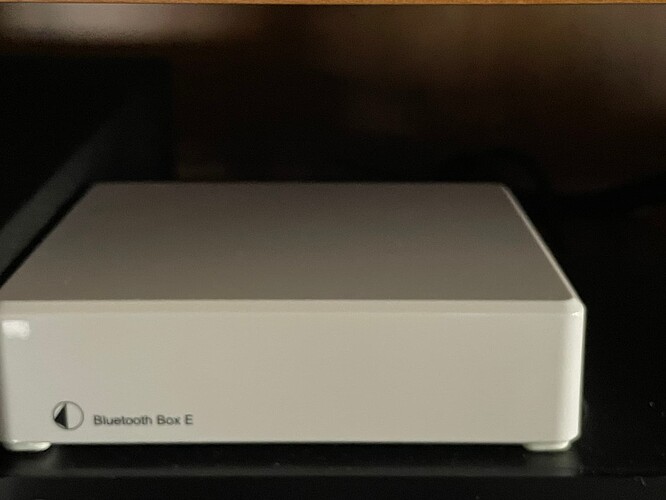 As far as I know, Bluetooth from the iPhone uses AAC only when playing music files from Apple Music and of course only if the BT receiver also supports AAC. For everything else the iPhone uses the SBC codec that was developed for low bandwidth audio for telephone calls. (iPhone does not use AptX nor LDAC).

The Pro-Ject Box E, however, only supports SBC and AptX. So what you are most likely using is SBC

So I would suggest to investigate other streaming options instead of Bluetooth, this will probably provide more improvement than a new DAC doing a conversion that starts with a very lossy SBC transmission.

Or at least get a BT receiver that supports Apple’s AAC, since you are using Apple Music. However, this is still lossy. In the past, I also used BT with AptX (on Android) and thought it sounded fine, which it did on the surface, but only after switching to a lossless streaming solution did I find out that something had been missing

The music source is my iPhone, so I need a Bluetooth DAC.

I’m not that familliar with Apple products, but wouldn’t Airplay (2?) be the ideal connectivity option? I’d look for a DAC supporting that.

Hmm. Have you already thought about your budget?
If you are not interested in high-resolution then I would suggest looking for an Airplay device (rather than Bluetooth). How about a used Naim nDAC (or any other DAC with an optical input) with an Airport Express (the one with the optical output)?. 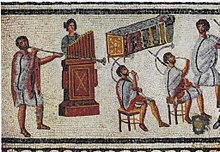 The water organ or hydraulic organ (Greek: ὕδραυλις) (early types are sometimes called hydraulos, hydraulus or hydraula) is a type of pipe organ blown by air, where the power source pushing the air is derived by water from a natural source (e.g. by a waterfall) or by a manual pump. Consequently, the water organ lacks a bellows, blower, or compressor. The hydraulic organ is often confused with the hydraulis. The hydraulis is the name of a Greek instrument created by Ctesibius of Alexandria. The ...

Thanks everybody. Probebly, to make the best use of Airplay I would have to focus on a device such as Bluesound Node

I enjoyed reading that! Thanks….