I bought this LP recently: Peter Green 'In The Skies’and it’s quickly become a favourite. Original copy from the 70s.

Tonight I sat down to listen to it and, feeling lazy, played it on Spotify instead (through an ND5 XS).

I can’t believe I actually noticed it, but a quiet washboard in the first track was coming from the left. Played the record and it’s on the right!

The left and right channels are swapped, for other tracks in the album too.

Obviously I’ve checked other recordings and they’re all fine. It’s just this one. I suppose it’s possible, isn’t it? That someone mixed the channels when creating the digital copy.

(I’ve checked that the record player RCA leads are in the correct inputs on the phono stage, but that’s moot since other recordings are ok.)

Has anyone ever come across this on a recording before!

Obviously I’ve checked other recordings and they’re all fine. It’s just this one. I suppose it’s possible, isn’t it? That someone mixed the channels when creating the digital copy.

Or when creating the vinyl….

Deep Purple’s Made in Japan, a live recording, is reversed compared to the band on stage (though of course not reversed from the point of view of a band member listening!), at least it is on the hi res digital copy. I no longer have the vinyl to compare (I certainly didn’t notice the oddity on vinyl, but that might just have been through adsence of thinking about it).

I remember when I was a student in Oxford returning a Stravinsky/CBS LP set of Stravinsky conducting his own works, because the channels on one record (‘Firebird’) were reversed.

The assistant in Blackwells Music Shop was very snotty about it, wondering why it bothered me. And they couldn’t replace it because the whole batch of pressings from the pressing plant were similarly wrong.

I ended up asking for my money back. The assistant (a ginger tosser, as I recall) was not happy.

I now have the same recording on CD, bought many years later, with the correct music playing in the correct channels.

It has often occurred to me that any musician who plays in orchestras (including myself) could become used to facing the audience and hearing the strings on the right instead of the left. In this case, “left handed editions” might be of peculiar though limited interest?

(A related problem exists for those on stage attempting to gesticulate ‘clockwise’ to their audience).

Or if the musicians do the mixing (I wondered that with the Deep Purple album I mentioned), though that perhaps is unlikely with classical, while for musicians positioned at or towards the left or right sides of the orchestra, their left or right are front or back of the orchestra! And of course the conductor will hear from the audience’s orientation.

Not exactly on topic, but that is a good album.

I bought it ages ago on green vinyl. Probably an '80’s re-press; I can’t be bothered to go to the garage to look. TBH

@Innocent_Bystander You understand my point of view. Or to be precise, my position of hearing! In fact I have specifically in mind the timpanist, who not only stands centrally and opposite the conductor, but also tends towards a quirky disposition, as befits the kind of chap who counts 198 tacet bars before hitting some strange object three times.

Sometimes it can be on purpose with reissues. The 2020 Verve reissue of Getz/Gilberto has Astrud G. on the left unlike nearly all other releases because the others are wrong (I think everyone following the initial release, who got it wrong), and the reissue restored the master’s intention. Can be a bit jarring at first 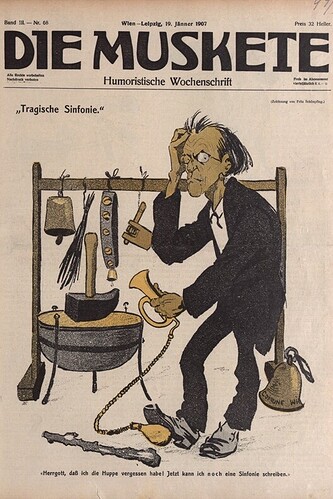