Found one of these for sale and I didn’t realise Naim even made the Armageddon in a CB version, can anyone shed some light? My current olive one simply connects to the LP12 whereas the CB version I am looking at uses a Prefix, will it be a straight swap do we know? Thanks.

Interesting. Does it have a serial number?

FWIW, the Armageddon was launched in 1995, well into the Olive era. However, I believe it was a project borne from in-house mods made to improve the LP12, so who knows… Any pictures?

From what I remember the Armageddon existed unofficially for a good while before being released as an official product. So I guess these could be either CB or Olive depending on age and what boxes were available. As factory builds don’t have serial numbers, or standard ones at least, there are numerous possibilities.

Yup, without knowing its history it’s too hard to say for sure. And of course there have been many later DIY efforts masquerading as “Armageddons”, many using re-purposed or replica Naim half-width cases and NOS or replica fascias.

It was for sale on a well known auction site, I can’t see the serial number as the pic is too small but it looks legit. I’ve bought it so i’ll open it up on arrival and see what it looks like. The seller has agreed to swap mine for his as the olive doesn’t match the rest of my system. If it’s not a genuine version I will send it back.

That’s what I was told too. I think my dealer was one of very few people, or perhaps only person, that had one outside of Naim. Seem to recall him also telling me there was an Ittok mod that Guy had designed which would enable the Ittok to provide VTA adjustment. It could have been a single kit for the lot - can’t recall for sure. Wasn’t it just called NAPSA in the early days. It was defo chrome bumper though but like Richard said, many CB boxes have been used to house 3rd party PSUs so not sure how you can tell for certain.

I’ll open it up and inspect it upon arrival. It is currently running with an Aro so should work.

I seem to recall that the LP12 modifications in the 80s were known, collectively, as Armageddon, and from info. elsewhere, it seems that they included a PSU; it’s also suggested that this early (probably not commercially available?) PSU was (perhaps?) of a more elaborate design than the later, Olive Armageddon?

It’ll be interesting to see what Lewis finds when it arrives - pics, please!

Yes, IIRC, originally all the modifications were collectively known as “Armageddon” and this was then also applied to the production NAPSA, Prefix and Aro combination when all used together on the LP12.

The dealer I bought most of my gear from in the early 1990s was one of the few people to have the original set of Naim Armageddon modifications, which he showed me one time while I was at his house for a demo.

The modifications consisted of:

When the PSU was first made available commercially, it was simply called Turntable Power Supply. It acquired the Armageddon moniker later.

Paul, thanks for the great info. No, I’m not 100% certain about 1995, just going by the Naim product history on the website. I need to check my proper notes when I get back from Bristol.

The Armageddon is included on a New Product Information leaflet along with the CDI, 82 & 180; the earliest price list that I can find it on is April 1992.

From what I remember the Armageddon existed unofficially for a good while before being released as an official product.

While I was working at Pro Musica in Chicago Julian was hands-on with the set up of NANA (Naim Audio North America).

An absolute excess of unseen (by me at least) products arrived with him. We had the NATs 01 and 101, prototype or early model SBL and the various Armageddon bits.

One evening we’d removed the Isobarik 6 pack system and were dialing in the new SBL 4 pack. Later they were going to fit the Armageddon. I buggered off early.

The next day I asked how the Armageddon had worked out - “it makes the Valhalla sound like a Dual”. An observation with which, despite my world-famous aversion to hyperbole, I later agreed.

Memory has a complex collar around the Ittok pillar, the Armageddon box and a Prefix (2 x M/C cards) in a Golden Virginia tin.

I used to initially frequent The Sound Organisation at the Borough and when it closed I then moved on to Studio 99 in Swiss Cottage. John Tobler owned the shop but David Davis was the manager and one of the staff there was James Herriot now of Whest Audio fame.

I had taken my LP 12 for a service whilst their David showed me the Lingo 1. Which I then bought I think it was 1992 however he had a LP 12 rigged up with a Naim PSU when I inquired about it he told me that it wasn’t commercially available. It was a dealer offer because I said I would rather have the Naim unit than the Lingo, where he informed me that it was only 33.3 rpm. I’m sure it was CB and my Lingo was one of the 1st available.

I kept the Lingo for about 10 years and sold it for about £40 less than I paid for it when new. I found the the Armeggedon was a better match with the Aro. Both units still with me today, just love what they do together.

I bit off topic but anyone got a pic of the Ittok collar modification? Anyone ever seen ibe on ebay?

Gents, thank you for all the useful replies, interesting stuff. Ok it’s arrived and I’ve opened it up to inspect it. It’s a proper one not diy and has the original box, albeit a napsa which I assume I basically the same as an Armageddon as it looks identical inside. Interestingly enough it has a holden and fisher transformer and the olive one has Nuvotem teo one, from the good old green lands of Ireland don’t you know (I am Irish too fyi!) 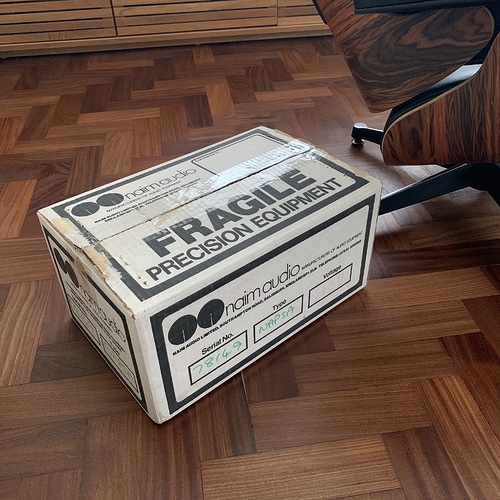 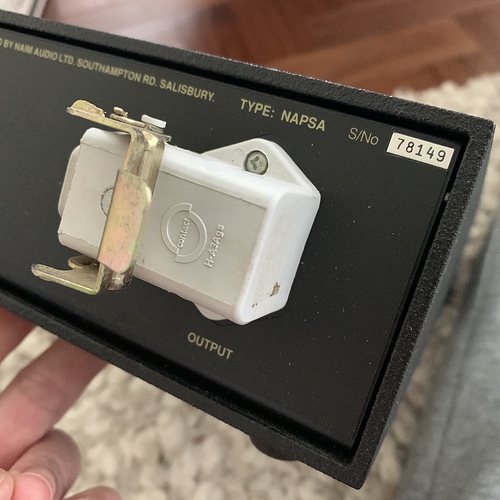 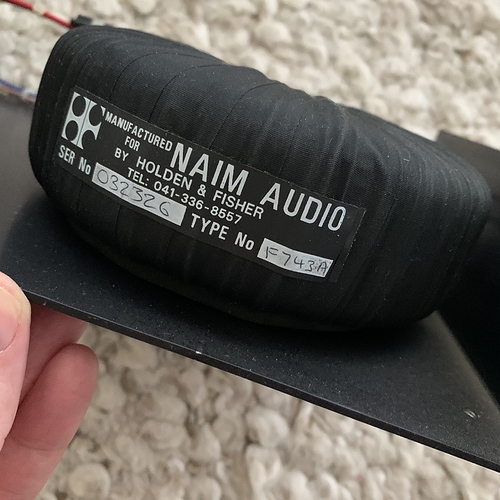 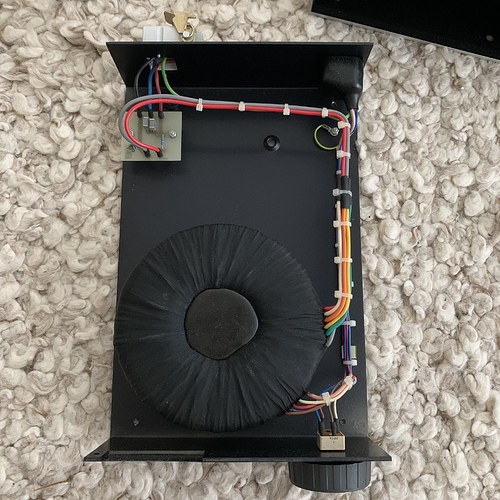 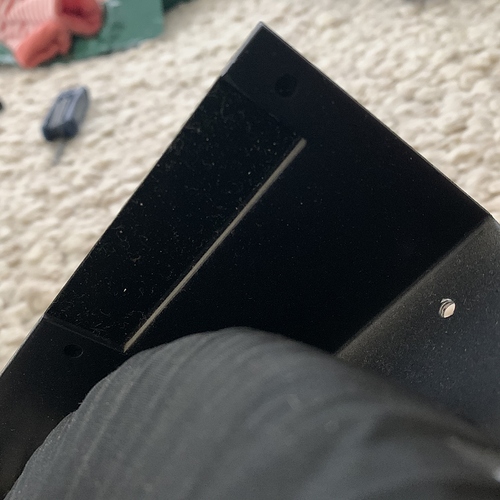 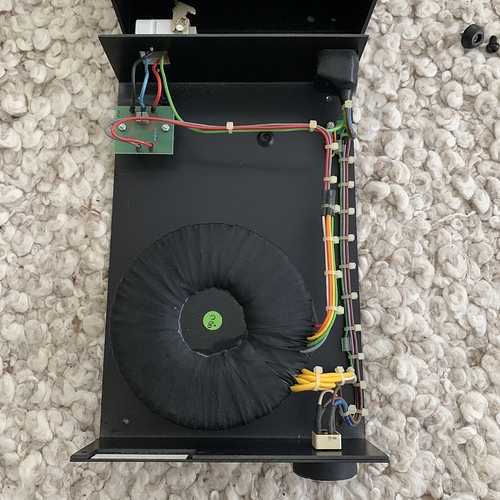 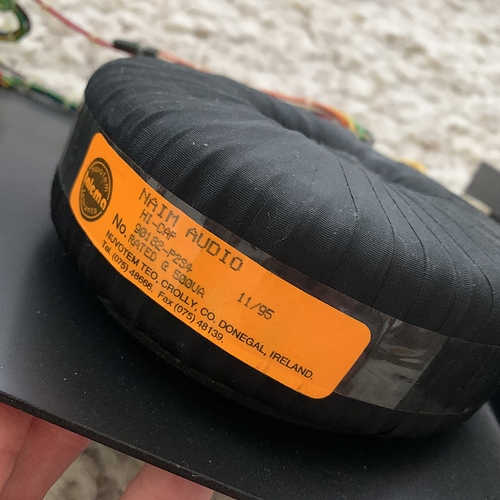 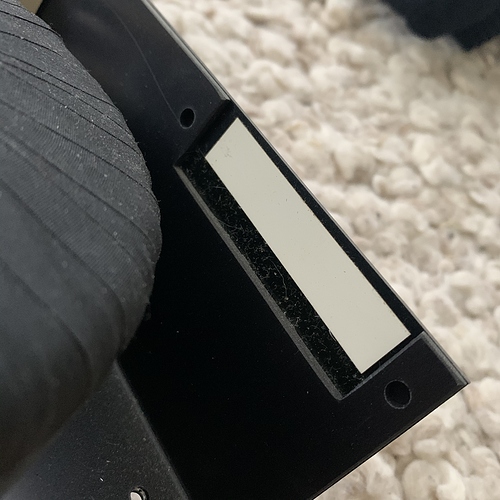 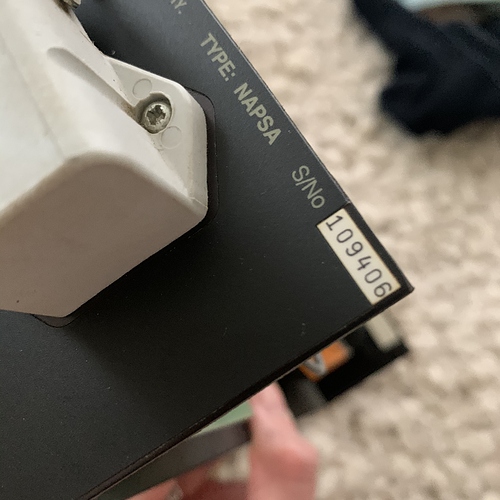 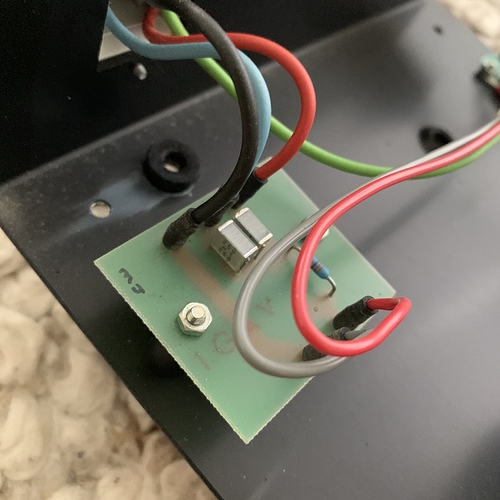 Finally the whole stack, matches a lot better and settles my ocd nicely

I may move the napsa so it sits next to the hicap and the pre amp up next to the quote now. 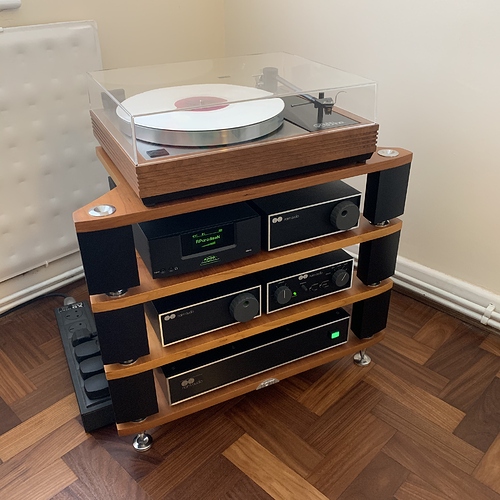 Lewis, thanks for posting this. Fascinating stuff. The tray is definitely for an Olive unit (the rear printing and the logo cut-out) , so I guess this must be a special done in “CB” clothes, with the bonus of a “period” H&F transformer. The serial number would date it to somewhere in 1993.

As for the LED, the NAPSA has never had one.

Nice looking system Lewis and thanks for sharing the pics.

Thought I’d share this which came with my BD160… 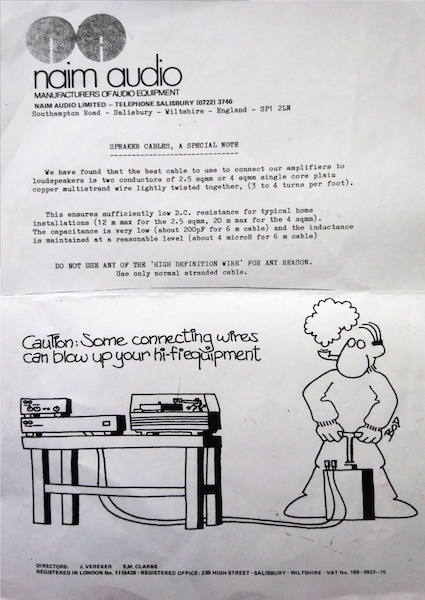 I’ve re-sized it for you so the forum can show it properly.

That was one of my favourite Bod cartoons - love them from the old HFNRR days.