Cleaning piano black speakers…the answer may be in your garage

…well maybe not everyone’s but it was in mine.

My piano black B&W CM6 speakers (used for 7.1.4 duties) are an absolute pain to keep clean and I’ve been trying to find the best way to clean them.

A couple of months ago I bought some “waterless wax” for my Lambretta meaning I can clean it in the garage and keep a hosepipe away from it.

Just tested it on my B&W’s and it works absolutely brilliantly.

A couple of brands make them including Meguairs which is the one I’ve got. I’d advise test on a small area prior to full commitment. 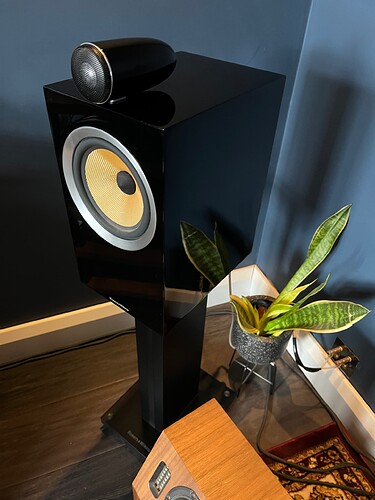 Have you got a picture of your Lambretta you can post?

I’ve been using Zaino Bros. car detailing spray with microfiber cloth on my piano black Dynaudio Confidence C2 Platinum and REL subs since I got them.

I also used Zaino polishing compound to remove scratches from one of my subs a few years ago. I can’t even tell anymore which sub I used it on.

At an event hosted by Infidelity about 3 years ago or more B & W were there to demo their 800 D3 series. The favourite UK finish is piano black. this takes much longer to get to ther standrd in the factory, up to four weeks. I have rosenut which just needs an odd dust. My wife’s wish. Mine would have been piano black.
As the main head unit is piano black i think the best maintenance can be leave well alone.
Clean hands and cotton gloves if you need to move them about. A quality feather duster can be an asset. Where are we all going?

You may find a simple rub with a microfibre cloth removes most dust/smudges etc. I have piano white speakers that show less but it work on them brilliantly. A cable installer recommended me that tip for getting fingerprints off the flat screen tv!

As above, always test on a small and non visible patch!

On fascias we spray light mist onto cloth and wipe across, avoiding screens on NDX2 or SuperUniti, and buttons on nDAC and 252.

Cleaning speakers and fascias is a weekly chore in our household, so we’ve become expert at it (we have a boxer).

I have rosenut which just needs an odd dust.

Sensible choice. Never had a problem with any of my speakers - all have been ‘wood’ finish…

I’ll do a separate thread as it’s nearing completion now.

Can you advise on this solvent free cleaner please as my classics need a good clean ?

We have a Weimaraner who is also a shaking-head slobberer.

We just make sure to use one without alcohol.

If you read the ingredients on branded or supermarket packaging, most of the available mixes are basically water and surfactants (<5%) with a splash of vinegar (acetic acid).

If you search the community I believe someone in the know said naim use Astonish tile & glass cleaner at the factory but I cannot confirm that. It contains ingredients as above, as far as I can tell.

I would guess that warm water with a tiny splash of vinegar would do the same job, as we don’t leave on the surface since it’s quickly wiped dry with a microfibre cloth.

My cherrywood 804D2s felt ever so slightly on the rough side when I got them, but they’re getting smoother now I’ve been using furniture polish and a slightly old duster on them occasionally. I suspect the duster is ever so slightly abrasive plus the polish layers are building up to the same smooth finish. Thankfully, the wood finish is much more forgiving of imperfections than I suspect the piano black is.

The tweeters are glossy black (quite possibly the same finish as on the main body of other B&W speakers) and a little bit of supermarket window cleaner on a microfibre cloth brought them up a treat when I first got them. Since then, they’ve only needed a very light occasional dusting.

I’m glad I have no attraction to the piano black finish that seems so popular - all I can think of when I see pictures of them looking immaculate is how quickly they must accumulate a noticeable layer of dust!

Maybe I have been lucky as my high gloss piano black B&W speakers, which I have owned for many years, have never been polished and only ever require a light dusting from time to time.

Similarly, my Neat MF9s in piano black, which I must have had for at least 10 years now, seem to survive fine with nothing more than a gentle dusting from time to time.

I’ve always suspected that any sort of polishing routine might well be the worst possible course of action, where high gloss piano black cabinets are concerned.

personally, i’ve always found a wood veneer is the safest, hassle-free choice when it comes to speakers finish. I’ve never understood quite well the huge success on this gloss-black finishes, piano black, diamond black, call them what you want, but truth be told, they’re absolutely have nothing to do with a genuine black piano lacquer.
i’ve learned this the hard way, my old pair of LS50 speakers, the original anniversary model, had some very bad swirls and and light scratches, to the extent that when lights was on, i could spot them from across the living.
I brought them to a artisan here near Paris, with whom i’m still in contact today as he also worked on my current pair of B&W PM1s flanks (that gloss mocha finish is very reflective and deep, absolutely beautiful) who suffered from just fine hair-like scratches.
That guy did a marvellous job on both pairs, especially on the Kef. I just couldn’t believe my eyes. The artisan does woodworks for luxury yatches and boats. He’s a master ebenist. The day i went there to get my speakers back, he had an 70 years old steinway “half-tailed” piano he was getting ready to apply some lacquer on. That’s when he explained to me that the lacquer he was preparing required several days to put together and not less than 20 fine layers on the piano, several hours of hand-sanding, in between each layers once dried. All in all, that was more than 300 hours, paintjobn tweaking, packing and delivery included. the customer who brought the piano in had it in the family for years and was ready to pay a very hefty price because the process.

He charged me 600 euros of work for each pairs of speakers, and at the time, he confirmed that the original so-called gloss finish certain manufacturers rave about was rather fine and not protective enough, it is mainly there to look pretty. However, i remember him clearly saying that the B&W “lacquer” was way, way, way better than the one from the other speakers, even though by his own standard, he would never call it a genuine “lacquer”, it looks more like a varnish to him.

Long story short, i ended up selling the Kef at its original selling, about 1,100 euros, they looked terrific, even more so than when i bought them. The guy i sold them too, confirmed he hadn’t done a thing several years after, they don’t have a single scratch or hairline on them, and they’re just as a shiny as the day he came down to my place’s to pick them up. That was 2 days after i took them myself from the workshop.

I still have the B&W PM1, right now in the living room, and they look gorgeous.
These, together with five Dali Menuet SE are the only speakers I’ve bought in a gloss finish. Any other speakers that would make its way to Bouba’s Chateau ever since, and in the future, will be finished in veneer, not in a gloss/lacquer finish.

As they say beauty is in the eye of the beholder, but to me the safest bet still remains veneer. much more forgiving and easier to clean up and maintain on a longer run. And I’m sure some will still prefer the gloss black finish. I must admit the finish on the Menuet SE is just stunning; however, i still think that long-term it’d be more fragile than a more “rugged” veneer finish.

And BTW, does anybody here had an opportunity to hear the latest 700 S3 series ? I visited B&W booth at the last Paris Audio Video show, but sadly the speakers were just sitting there static. Since Bowers is under umbrella of the Sound United group, they preferred to showcase Denon and Marantz staff during the day.
I did see the Mocha veneer in person on a pair of 707 S3, absolutely gorgeous. And when i tried to lift them from their stands, they appeared to be deceitfully heavier than I expected.
So did anyone here heard one of these along with a Naim kit. I’m very curious and seriously considering to buy a pair, found the 707 so cute and harmonious.

personally, i’ve always found a wood veneer is the safest, hassle-free choice when it comes to speakers finish. I’ve never understood quite well the huge success on this gloss-black finishes, piano black, diamond black, call them what you want, but truth be told, they’re absolutely have nothing to do with a genuine black piano lacquer.

I didn’t read the rest of your reply (sorry, too long), but the piano black finishes on Dynaudio speakers are really legit piano black finish, like a Steinway piano. It’s part of what made my speakers so expensive. Mostly I only have to dust them, but I will use my Zaino quick detail spray when Brahms gets annoyed by post-romantic modern music emanating from them and sticks his nose on them.

This is Brahms… (and his birthday is also May 7). 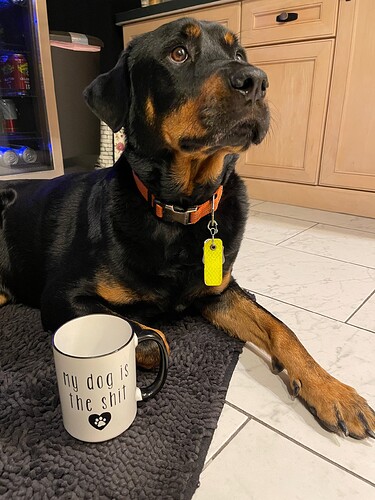 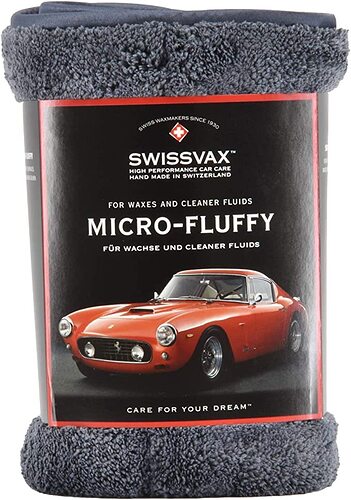