Comfort Break On The Way To Suffolk

Hi.
I am going to be travelling along the A14, A143 and A146 to Suffolk and can only find truck stops on Google maps.
Are there any places, along these routes, where I can stop to let my dog and myself stretch our legs and have a comfort break?
Thank you.
Roger.

You could do a minor detour on the A14 to Signals hifi at Trimley near Felixstowe, wonderful coffee, company and dog friendly…….getting that past your wife might be difficult though.

hi @Gazza
A cunning plan, however one fears the Homesecretary would take a dim view on this.
Also, I fear a hifi shop is not the best place for an uber friendly Golden Retriever with a big waggy tail. My GR would just want to make friends with everybody and insist on tummy tickles. 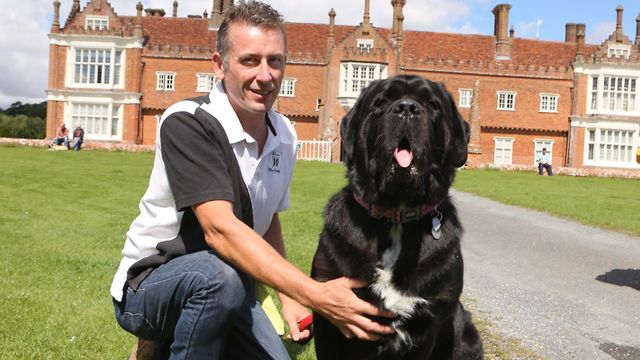 Worth a try, though i have seen a customer with a lab there once, albeit asleep on the rug.

@RogerGround
I am assuming your journey was today, and no idea where you are starting from, but if tomorrow, roughly where is half way for you ?
Are you looking for something like Thornham Walks for instance? 12 minutes drive, south of the A143 - www.thornhamestate.com Also, a few nice pubs in this area.
Mark

There is of course the Thetford forest.
For some reason I am imagining which would up its legs faster out being desperate for a rest in the woods ?

Maybe the OP is a marathon man

If you’re an NT member try Anglesey Abbey just beyond Cambridge. 10 mins from A14 Junction 35.

Hi @artist
Thank you for that, I will investigate further.

Hi @BlueCanary
Thank you for that. I am a NT member, so it was a shout.

A number of dog walks outside of Newmarket - the Bury side. Web site “discover newmarket” has a few suggestions in section latest news. If you are joining A14 a lot further west, I can add some other suggestions. Used to do that route twice a month for several years, visiting parent in a home.
The villages along the A143 will likely also offer village shop / cafe; just off the main road options down country lanes for dog walk, which I have done. Stanton and Ixworth both have cafes, search google maps with “cafe near A143 Ixworth or Stanton” brings up a few ideas.
Taking my new young hound to the Norfolk coast soon, seems ok on a car journey, wait to see how staying in a pub goes.
Good luck and safe journey.
Best, Rich

The misnomered Anglesey Abbey doesn’t allow dogs I am afraid. You could mooch around the car park or take your dog for a walk around the outside I suppose.

There’s the Devil’s Dyke that starts outside of Newmarket going through to its highest point near Burwell and going into Suffolk.

Hi @sound-hound
Thank you for the information.
We will be joining the A14 from the M1.

Hi @thebigfredc
It will be just like using a Motorway Services for a leg stretch and a comfort break.

Just back from Norfolk. Ok so two further options, A14J2 is 15mins from M1. Head north for a few moments on A508, then turn right sgn Arthingworth and in less than 1/2 mile, rail bridge from the disused railway, immediate left into cp and walk north (tunnel to the south). Great dog walking inc off the lead. For a longer stop, Graham water would be an option and maybe a pub, a thought but I can’t offer details. By A14 mid way M1 to A1, Costa coffee - as an option, come off A14 at J8, turn south (N’ton) and “immediately” take right lane at lights, Costa. Westbound only, J9>J8 is a Starbucks behind BP (M&S) westbound - opposite is BP (M&S) eastbound, but no coffee chain. Defintely avoid Cambridge services on A14 - big setup; much much smaller but Newmarket services doesn’t offer much! One other option, if you are not pressed for time, at Huntingdon leave A14, go A141 first, then St.Ives, Earith, Haddenham, Wilburton, Stretham, Wicken then south on A142 which returns you to A14 just north of Newmarket. It’s a good if slightly twisty undulating road, across parts of the fens and one of the villages may appeal for a stop and any of the side lanes would suit stretching the legs / dog exercise. The route described, avoids Huntingdon to Cambridge traffic jams, which used to occur daily before the A14 was rerouted north from Cambridge; I know both well!

Thank very much for all the detail.