Commander Cody (George Frayne) passed away from cancer last month at the age of 77. Commander Cody and the Lost Planet Airmen were one of the great bands who put the rock into country rock and were awesome live. They leave a great legacy and he will be sorely missed.

Sad news. RIP, Commander…
Great band, even tho I never bought a single album, but was tempted many times.

Was there ever a Dead connection with the Airmen? I can’t remember…

Racking what brains I have left, I can’t think of a direct connection with CC and the Dead - and I speak as a Deadhead of over 50 years - apart from them both being in my top 5 all time favourites list. I have most of their albums and there isn’t a bad one amongst them - try a live one for the full experience!

Not perhaps a direct connection but a loose one anyhow. Here is an example 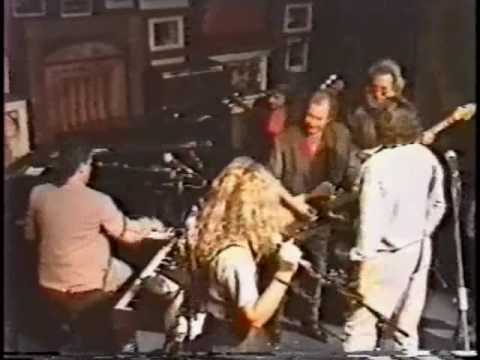 Great band, own several of the LPs, saw them live in 1976 at Sussex University…

Thanks for that video - I don’t think there was any formal link between the Dead and Comm Cody, but that video shows the musical connection - a love of rock and roll and a love of playing live with a bunch of like-minded musicians.
BTW that’s Elvis Costello at stage left.

Ah man, that sucks. He was great.
I guess we’re never gonna hear the ‘Seeds and Stems Again Blues’ live anymore.
Actually, I never heard it live, but I’ve got the LP.
RIP.