I can’t hope to match Debs’ stellar curation of cycling tour threads but thought it worth posting a heads up for those who, like me, are already suffering withdrawal symptoms after the end of the Vuelta.
It is covered by ITV4 with highlights at 8pm and previous episodes are available on the ITV Hub - we are now on stage 3. There are plenty of familiar names and most of the big teams are here. Just watched the first stage on catch up and was impressed both by the quality of racing and the atmosphere created by the Cornish crowds.

Wednesday’s stage looks good, finishing out of Conwy into a lap of the Great Orme on Marine Drive then a tough climb to the top.

Marine Drive is a nice ride for the casual enthusiast; a straightforward enough climb round to the back of the Orme by the cafe then after a false start it drops down back to the edge of Llandudno with a few interesting bends and a chance to hit a decent speed.

The final climb on the stage initially goes up a very steep narrow road into a tight l/h bend near the Gt Orme tramway station before crossing the tram tracks a bit further up, then into a short brute of a climb to the cattle grids and onto the slightly easier run to the top. It’s a good climb, satisfying in both directions, up and back down. One to watch. The road book expects them to hit it between 15:00 & 16:00, approximately.

I was one of the Cornish crowds, the race passing within a five minute walk from my house.

The weather did not do Cornwall any favours, being dull & so misty that the helicopter could not take to the air & obtain stunning costal shots on the Penzance to St Ives & Falmouth sections. Devon rather outshone us the following day!

First time I had seen an international road race live & it was quite a spectacle although the actual bikes arrived & were gone again within ten seconds or so. I only saw then through my camera lens as I was intent on getting some photos.

I have included some below & hope these give a flavour of the spectacle. The bikes were traveling at about 30mph downhill (steeper than it looks in the shots) where I was standing & one of the images shows the road leading down into the city, which was steeper still. 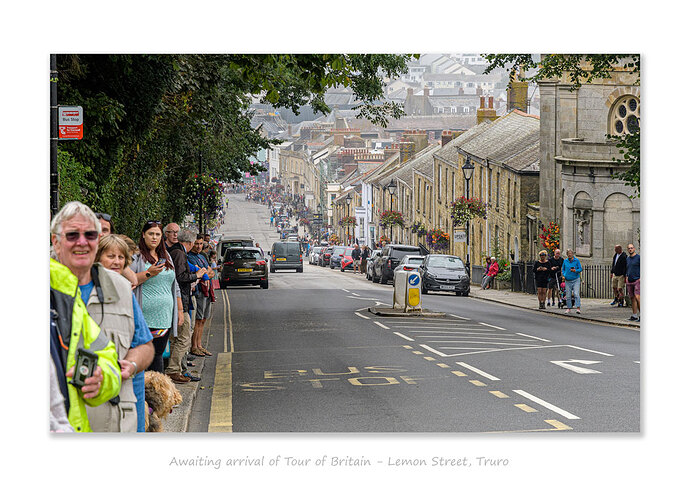 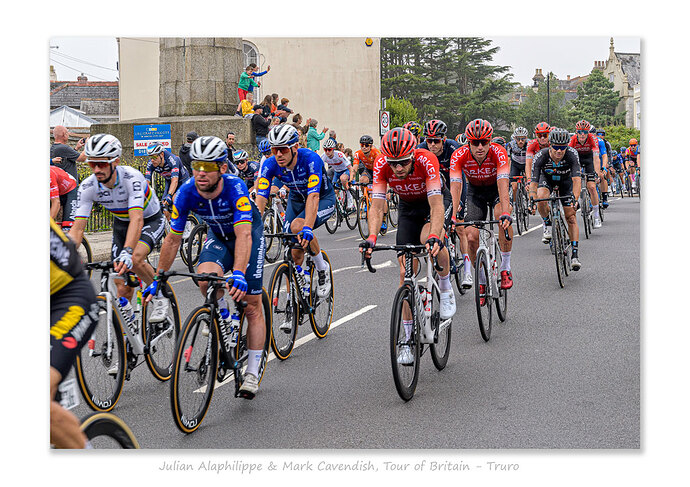 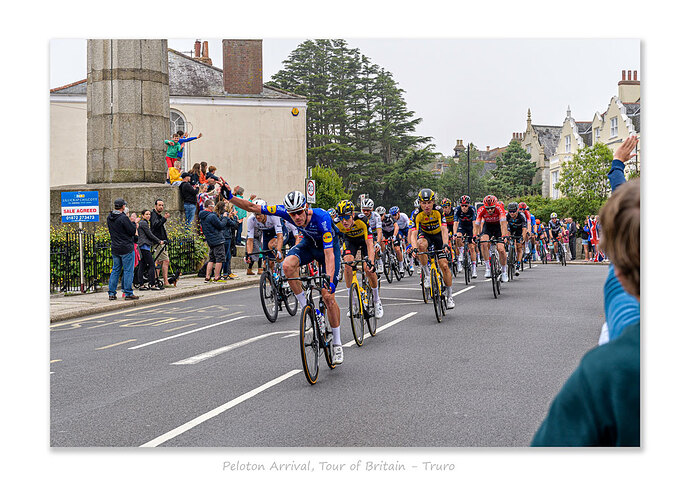 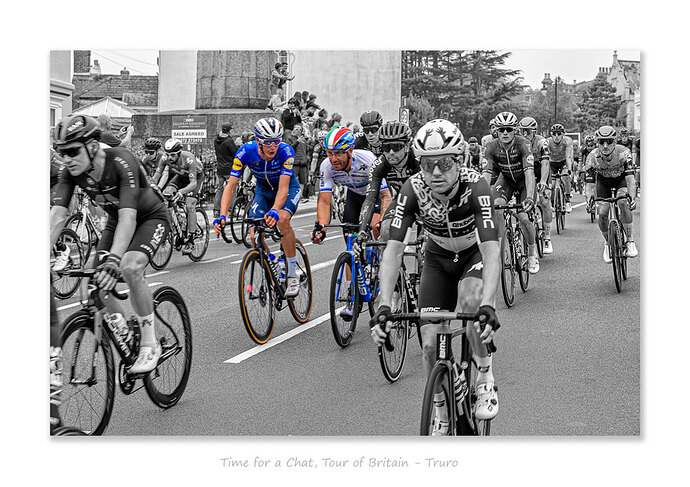 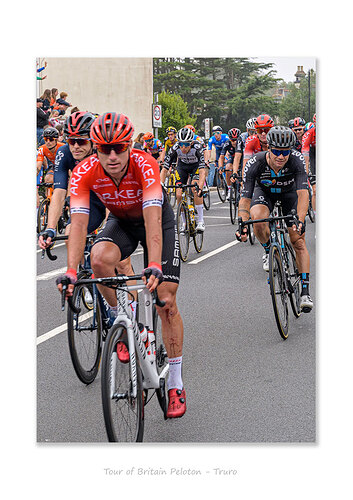 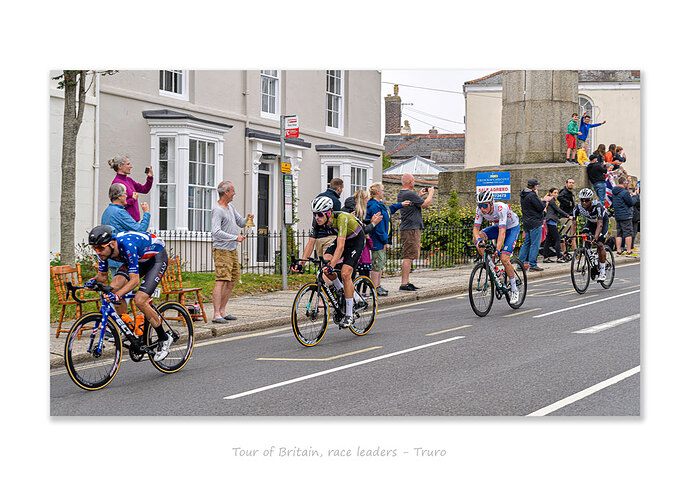 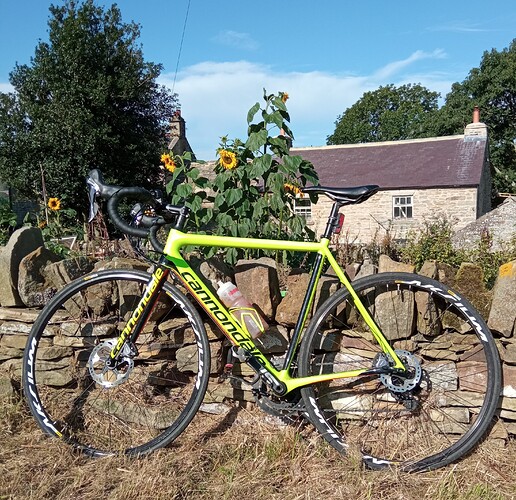 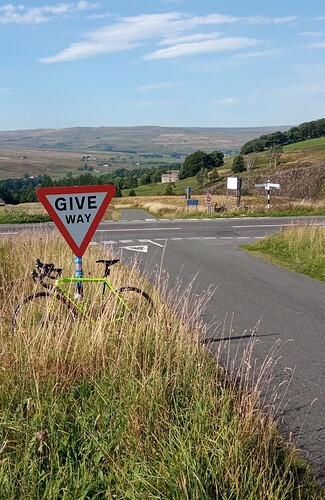 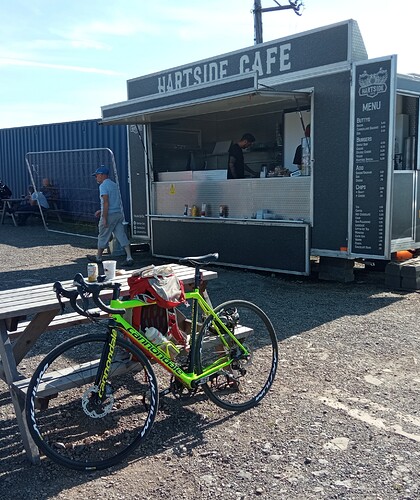 Seems that the ToB doesn’t excite anyone on here judging by the lack of action in this thread.

Stage 4 was as good as I’d hoped. Knowing that part of the route like I do it was fascinating to see the difference between an enthusiastic amateur and the top riders as they did the lap on Marine Drive then got out of the saddles to hit the summit. Night & day doesn’t cover it, but full marks to them for their fight to the finish.

I’ve been enjoying the highlights show, it’s a good race with individual efforts, teams working together, good (but narrow and twisty) roads, and some much harder climbing than I expected.

Great to see Woods (yay Canada) riding like he means it and pushing Alaphilippe and van Aert. Some serious firepower on that severe Great Orme summit finish. A great stage, for sure!

Thanks for the thread!!

I’m enjoying some of it live on ITV4, it may not have the big bucks expense of presentation like in the grand tours but great bike racing none the less, plus it’s here on home ground,
hope they didn’t get too wet on the way to Warrington today