Just thought would start a new thread for all things DAP.

I have been looking at the available units out there and some of the high end units like the new:

Anyone have the Sony NW-WM1ZM2 by any chance?

Digital Audio Player, but it’s is the terminology given for a portable music player

I don’t have the Sony M2 but I have the M1. The M2 seems to be a further improvement towards the M1, and the M1 is already fantastic. I have combined it with the top IEM’s from Sony and have with that a match made in heaven. I preferred the Sony over the top of the line Astell & Kern…., they now have also moved onto Ultimate SP3000.

Besides the fact that I prefer the sound signature of the Sony also the battery life is a clear plus over the competition.

No experience of the latest M2 version, but I’ve had the WM1Z for the last 4 years. It’s rather good. 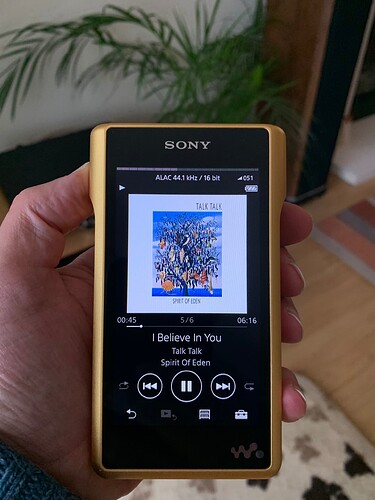 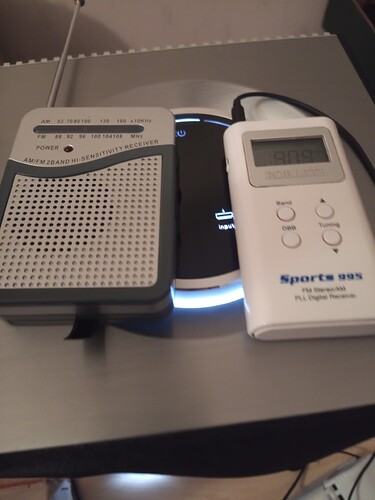 Bert and @james_n I have a question in which case. There is a lot said in reviews and on Head-fi that the Sony has a volume limiting issue set by Sony inline with EU regulations regarding sound levels for headphones. There is alot said that the MK1 and the new MK2 simply don’t go loud enough for the majority of headphones or IEM’s that aren’t ultra sensitive.
What’s your thoughts?

You can remove that limitation using software if needed. I think @glevethan may have done that with his. I don’t find any issues with the Shure SE846 IEMs that I use.

Ah, yes I think I have read this for the MK1 now you say that but apparently it can’t be done with the new MK2 as it’s using Android.

Yes, this is a new field for me, not had a DAP before. Not sure about how easy they will be to audition however.
What’s your take on them all, obviously the good ones aren’t cheap. My slight concerns with all of them is because they are an all in one units, how well will they be supported in years to come and will they cease to work due to obsolete Android versions.
Is a Chord Hugo with your phone a better way of doing things?

I suppose it depends on the functionality you want. There is nothing more to update on mine as it doesn’t rely on a third party OS. It takes a 512GB SD card, so with the internal 256GB memory, there is plenty of music storage. Sony did release a FW update a while back which added USB DAC functionality which is very useful.

I removed the volume cap for the M1 - while I belief it’s not an absolute issue depending on which headphones you use. The volume as such is more than enough to drive difficult headphones in uncapped version. I am not sure if the cap can be removed for the new version. But to be sure, I would suggest to get an non European one…… you don’t have to look back anymore as it’s so good.
If you like a more analytical sound signature you should also consider the Astell & Kern….

Sure. I am wanting a unit that I can lay on the sofa with, connected to Roon while the other half watches the Tele. Or to lay in bed with. I suppose it may venture out of the house on occasions but it certainly wouldn’t be very often.
The new A&K SP3000 has Roon certification.

I presently just use my iPhone and iPad, copying a selection of music onto them (not using the awful iTunes). It is OK, but a bit of a hassle and limited capacity. (I don’t subscribe to any online streaming service,) I sometimes think I should improve sound quality with a separate DAC/headphone amp, but then probably better to use a different device altogether:

I like the idea of the Chord Poly + Mojo, because I could have a 1TB micro SD card and put my entire music collection on it for portable listening.

Alternatively the Chord 2go + Hugo, which when not travelling I could plug via Ugo into my system DAC, and so literally take my entire collection anywhere I go, without a need to periodically update tge SD card from main collection.

A bigger challenge would be choosing headphones…

Hi IB.
Yes I see where your coming from. I stream everything with Tidal via Roon so have a different set of requirements to yourself.
Ideally I’d personally like to not have my phone directly involved in my music playback.
For one reason or another I find it a distraction and notifications stop music playback intermittently and then there is the battery consumption.

One thing I will mention and I’d take with a pinch of salt but having spoken with two dealers recently who both sell Chord and Astell & Kern, both said that the Chord examples are getting a bit long in the tooth and the latest A&K units are sonically superior.
I cannot comment as I personally haven’t heard either as yet however.

Dinosaurs here…sorry can’t get a pic at the moment…a small herd of iRiver H120 etc. Complete with h/p amps and ancient IEM’s.

My latest player is an Astell&Kern 120.

I still don’t understand what a DAP is, or does. (Yes, a bloody big tyrannosaur here!)

Is it like a glorified iPod? If so, how does the user get, say, ‘Abbey Road’ or Beethoven’s Fifth Symphony onto the device, and how does the device then replay the music that’s been loaded? Is it just a small hand-held thingy, or can the user plug it into, say, a big Naim-based music replay system?

It’s a modern day Walkman but has the streaming services on it like Spotify or Tidal.
It’s far sonically superior to your phone for music as its sole purpose is playing high fidelity audio.

Thank you, popeye, that’s something I shall look into, although I confess that it’s a brave new world to me.